Johanna Konta, Katie Boulter, Dan Evans and James Ward are through to the quarter-finals at Nottingham’s Nature Valley Open 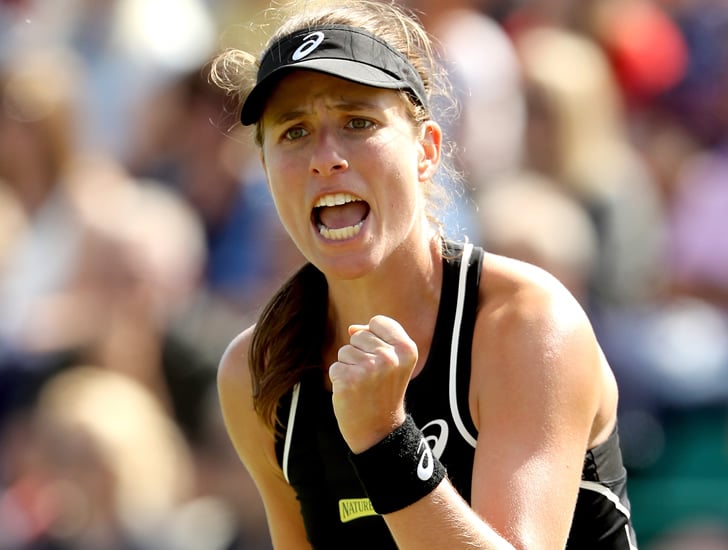 British interests will be well-represented on quarter-finals day at Nottingham’s Nature Valley Open, with Johanna Konta, Katie Boulter, Dan Evans and James Ward all in action at the Nottingham Tennis Centre on Friday.

In the WTA International event, British No1 Konta is set to face Dalila Jakupovic of Slovenia after wild card Boulter takes on top seed Ashleigh Barty.

Last year’s runner-up Konta beat British No2 Heather Watson 6-4, 7-6(5), having dropped serve only once in an hour and 44 minutes. She said:

“It is definitely not easy for either of us, and the conditions made it that much harder as well. It’s never easy to play a compatriot, so I just tried to keep the focus on my side of the court and be competitive with myself.”

For Boulter, this will be her first WTA quarter-final after beating former world No4 and US Open champion Sam Stosur, 7-6(6), 6-1.

The 21-year-old Boulter saved a set point and edged the first-set tie-break, before winning five games in a row to close out the match in an hour and 18 minutes. The World No156, who has collected two ITF titles so far in 2018, continued her fine form on grass, having made the last eight at the Surbiton Trophy last week and picking up her first WTA main draw win on Tuesday in Nottingham.

Of her win, Boulter said:

“It’s really exciting. It’s a huge step for me. She’s a Grand Slam winner, and it’s the first one of those that I’ve beaten. It was a really quick second set but I dug in really deep in the first. I thought I held my nerve really well and found a way to win.

“It’s done a world of good for me, playing in these matches, in this environment. I don’t get the opportunity that often, so I think I’ve used it really well and I’m happy where I’m at right now.”

In the ATP Challenger, Evans will play Canadian qualifier Brayden Schnur, followed by Ward’s clash with No4 seed, Ilya Ivashka.

Also fighting for a place in Saturday’s semis will be defending champion Donna Vekic, who will play Germany’s Mona Barthel. World No18 Naomi Osaka will take on Mihaela Buzarnescu of Romania.

Vekic closed out a tight second-set tie-break against Belarusian teenager Vera Lapko to seal a 6-2, 7-6(8) victory, before pulling out of her scheduled doubles quarter-final with partner Daria Gavrilova.

After falling to Konta in the singles event, Watson and partner Buzarnescu took down Jakupovic and Australian Priscilla Hon 7-6(2), 6-3 to reach the semi-finals of the women’s doubles, with Liverpudlian brothers and top seeds Ken and Neal Skupski also set for the final four of the men’s equivalent on Friday against Brit Joe Salisbury and Denmark’s Frederik Nielsen.