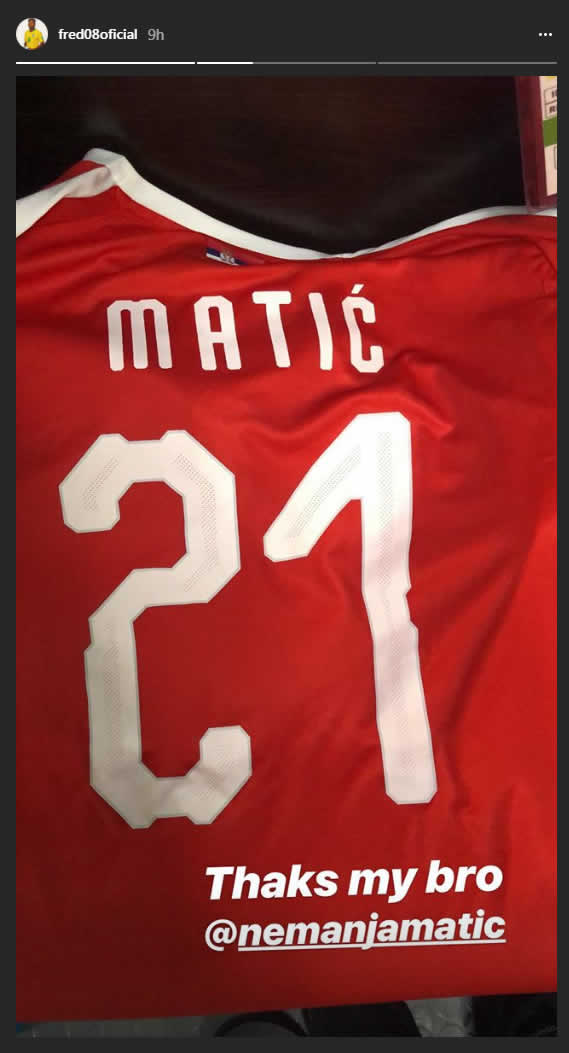 Nemanja Matic handed his shirt to new Manchester United signing Fred after Serbia’s defeat by Brazil at the World Cup on Wednesday night.

Fred was officially confirmed as a Manchester United player earlier this week as Jose Mourinho moved quickly to bring in the midfielder from Shakhtar Donetsk.

The Brazil international will be hoping to quickly adapt to life in England as he bids to help Manchester United challenge for the Premier League title next term.

Matic was on the losing side as Serbia were beaten 2-0 by Brazil to end their World Cup campaign.

However, the Manchester United midfielder still showed his class by handing his shirt to his new team-mate Fred after the game.

Fred posted a picture of the gift on his personal Instagram story and wrote the caption: “Thanks my bro.”

Manchester United are believed to be on the lookout for a number of other signings this summer as Jose Mourinho looks to assemble a team capable of winning the title next term.

The Red Devils ended up in second place and without a trophy last term in Mourinho’s second season in charge at Old Trafford.

Manchester United have not won the Premier League title since 2013.