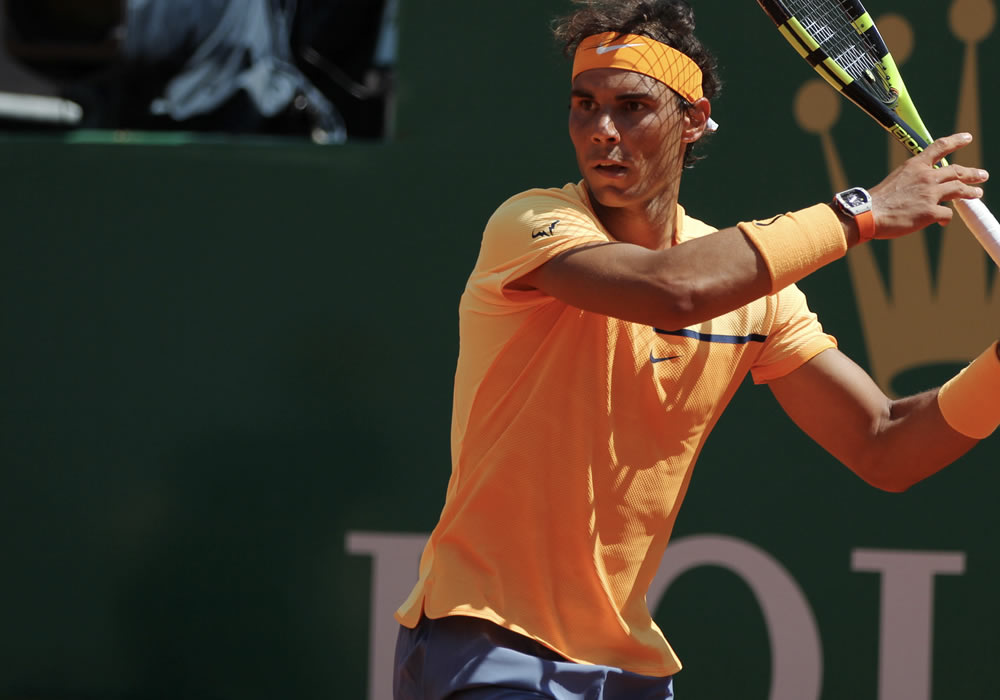 Two of the men who took to court in pursuit of semi-final places at this year’s French Open had already gone to hell and back to reach the quarter-finals. Now each took on giants of the game in their attempts to reach a new personal milestone.

Marin Cilic, who reached the quarters for the first time in Paris last year, was hoping to break new ground again, his first semi-final on what has been his least successful surface. At the age of 29, he had already reached a new career high with his first run to the final of the Australian Open, and reached his first clay Masters semi-final in Rome on his way to Paris.

But against fellow 6ft 6in 29-year-old, Juan Martin del Potro, who could supplant Cilic at No4 in the ranks with a win, he had his work cut out. Cilic had managed just two wins in 12 previous meetings, and none since Miami 2012. That was also the year of their only previous French Open match—a straight-sets win for del Potro.

Cilic had been taken to the limit by No18 seed Fabio Fognini, over 3hrs 37mins and five sets: What did he have left?

Meanwhile, del Potro had wasted little time in beating No31 seed Albert Ramos-Vinolas and No9 seed John Isner, with just one set dropped through the tournament thus far.

But if this big, popular Argentine looked the favourite to reach the semis in Paris for the second time—the first time, in 2009 he almost beat Roger Federer in a three and a half hour thriller—the same could not be said of the only man of the day’s quartet who was not a Major champion.

Diego Schwartzman was into his first Roland Garros quarter-final, and via a fine comeback victory from two sets down over No6 seed Kevin Anderson. It was the first time the 5ft 7in Argentine had won from a two-set deficit and the first time he had beaten a top-10 man on clay.

He also happened to be at a career-high ranking of 12 and won the ATP500 in Rio earlier this year. His problem, though, was the biggest in clay-court tennis, 10-time and defending French Open champion Rafael Nadal.

Not only had Nadal arrived with 11th titles in Monte-Carlo and Barcelona and an eighth in Rome, he was an astonishing 83-2 in Paris and on a run of 37 sets in the tournament.

He had also, incidentally, won all five previous matches over Schwartzman, though it had taken the him almost four hours to beat the Argentine at the Australian Open.

Yet an inspired, nimble, energy-packed Schwartzman more than lived with his illustrious opponent as the match got under way. Nadal had to save four break points in the very first game—10 minutes long—and then the Argentine saved two of his own. At 1-1, they had already taken 18 minutes, and then exchanged breaks. Twice more, Nadal came under pressure from the Argentine’s heavily spun balls deep to his backhand, saved break points in the fifth, was broken in the seventh, but broke back, 4-4.

Yet again, Schwartzman broke with huge cuts of the ball to the lines, dragging Nadal to the extremes, then into the net, and back again. He got the key break in the ninth with a huge forehand winner. He even had to handle a sudden illness in the crowd that interrupted his serve at deuce, having already saved a break-back point. But sure enough, he found that big forehand again to take a noteworthy set, 6-4, after 68 minutes. It ended Nadal’s run of 37 dating back to the start of his title run here last year.

Even more extraordinary, Nadal had managed to make just four winners, compared with 14 errors—and 20 winners to the Argentine. Then perhaps the reason became clear: A time out to strap up both Nadal wrists, though it was later suggested this was for more pragmatic purposes: excess sweat.

They continued in the same vein, long games to open the set, Nadal switching up tactics with a couple of killer drop shots, but more forehand errors from the Spaniard allowed Schwartzman to break, 2-1.

Then the weather would play its part, a brief pause for drizzle, followed by another exchange of breaks: Schwartzman again had the advantage when rain fell with a vengeance.

Back after an hour, and fortunes were reversed: Nadal was solid, Schwartzman leaked errors—two breaks in a row and Nadal took a 30-0 lead serving for the set, having won 13 of the last 15 points. But again, the heavens opened. Would it reverse fortunes again?

The story on Lenglen was very different, not a break in sight, though Cilic had saved half a dozen chances. It would take a tie-break after an hour’s play, but locked at 5-5, they too left court.

For Schwartzman, the return at midday Thursday brought more despair. An immediate hold by Nadal for the set, 6-3, was followed by a swift break, and complete dominance by the Spaniard. Before the rain, in the heavy conditions, the Argentine could not miss: post-rain, he missed the lines and Nadal opened the court to right and left with his forehand. Another break, and it was 6-2, and despite a flurry of break-point chances in the second game of the fourth set, Nadal resisted and promptly got the required break himself.

By 1-3, Schwartzman had got 60 unforced errors, wasted a break chance, and seen forehand after forehand pound down his own forehand wing. There was a brief frisson of expectation for Argentine fans as he worked a couple of break chances as Nadal served for the match, showing some of that same flair that had thrilled in the first set, but it was not to be. Nadal moved to within one match of yet another final, 6-2, and two wins away from an 11th title, which would bringwith it affirmation of the No1 ranking.

It would be some time later that his next opponent would be determined. It did not take Del Potro long to return to court Thursday and win the two required points for the first set, 7-6(5), but the match would be a marathon of almost four hours.

Cilic was initially slow to warm up, but he wrenched control of the second set with a break, 5-4, only for del Potro to level again. However, Cilic refocused to get another break, and this time made no mistake, serving for the set, 7-5.

The fourth set was yet another tussle between these two big men, but in the end, Cilic’s error count would let him down. A 74th offered up the break, and del Potro served out an emotional victory, 7-5, to reach the French Open semis for the first time in a decade.

That was not the only reason for his emotional reaction: he will rise to No4 come Monday for the first time in over four years. Should he win the title, he would reach a career-high No3, but that will mean taking on the mountain that is Nadal. The Spaniard leads him 9-5, and won their only previous clay-court match, in Paris in 2007, 7-5, 6-3, 6-2.

It is a tall order indeed—but then del Potro is a tall man, and one who will be cheered as much as the defending champion. He will certainly not give up hope, as he said after the match:

“Because of the way he is, his fitness and the way he plays, he’s the king of the tournament. But he has lost two matches, after all, so you should never lose faith. I have very little to lose in a semi-final in a Grand Slam. He’s aiming at his 11th title. We’ll see what happens tomorrow.”

French Open 2018: Simona Halep and Garbine Muguruza to contest No1 in pursuit of Major glory