Serena Williams has been granted a discretionary seeding at Wimbledon, while Roger Federer and Simona Halep top the lists 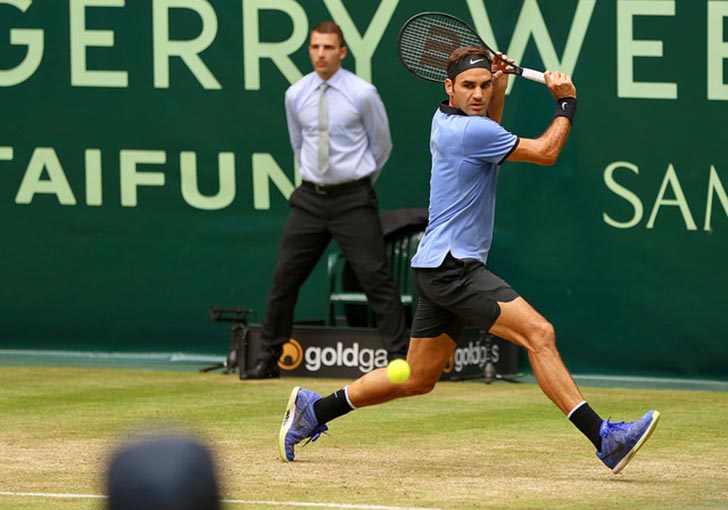 Serena Williams, who is currently ranked 183 in the world following an extended break for maternity leave after winning the Australian Open 18 months ago, has been granted a discretionary seeding, at No25, for the Wimbledon Championships that begin next week.

There had been considerable debate about whether or not Williams, a 23-time Major champion and seven-time Wimbledon champion, should be given special treatment, since the regulations as they stand, while allowing a player a protected ranking—as in the case of long-term injury—into a tournament draw, do not protect the actual ranking from the time they last played.

In Williams’ case, she won in Australia as No2 in the world, subsequently spent another 10 weeks at No1, and was also ranked No1 when she won Wimbledon exactly two years ago.

Williams, who gave birth last September and suffered multiple post-partum complications, returned to competition remarkably quickly, at Indian Wells in March this year, then played in Miami, but opted out of the clay swing to work on her fitness until the French Open. Her return there, however, was truncated after a third-round win due to a pectoral injury.

While there is a formula applied to the men’s draw to compensate for the unique qualities of playing on grass, the same does not apply to the women’s draw, though the All England Club can make an exception if it is “necessary to produce a balanced draw”.

And since Williams took maternity leave, there have been many calls for a special exemption to be applied when a highly-ranked player returning to competition.

However, some have argued that, as in the case of injury absences, such players should work their way back up the ranks, not least because they will displace a higher-ranked colleague.

In the case of Wimbledon, the No32 ranked Dominika Cibulkova is the woman who will miss out unless there are any withdrawals among the 32 seeds. Speaking at the Nature Valley International in Eastbourne this week, she explained to the BBC that she was not in favour of making any change:

“Why should I not be seeded if I have the right to be? I don’t think it’s the right thing to do. I think it’s just not fair. I have tried and I should be seeded.”

The formula applied to the men’s draw is a complex one, but it has ensured that defending champion Roger Federer is the top seed despite losing the No1 ranking to Rafael Nadal along with the Halle title last weekend. The eight-time champion won in Stuttgart the week before making his run to the Halle final, and is the most prolific male grass-court title-holder.

A couple of other men got significant boosts, too. Marin Cilic, finalist at Wimbledon last year and champion at the Queen’s ATP500 event at the weekend, is promoted to No3 from No5, meaning he cannot meet a higher seed until the semi-finals, while current No4 Juan Martin del Potro slips to No5, so could meet higher-ranked player in the quarter-finals.

One of the biggest boosts has been handed to current No32 Milos Raonic, who rises to No13. He is a former Wimbledon finalist and reached the final of Stuttgart the week before last, but missed chunks of the tour in the interim with injury.

Novak Djokovic and Nick Kyrgios have also been promoted among the top 16 seeds after strong runs at the Fever-tree Championships at Queen’s and so cannot meet a higher-ranked player until the fourth round.

[NB not playing: Tomas Berdych, No23]