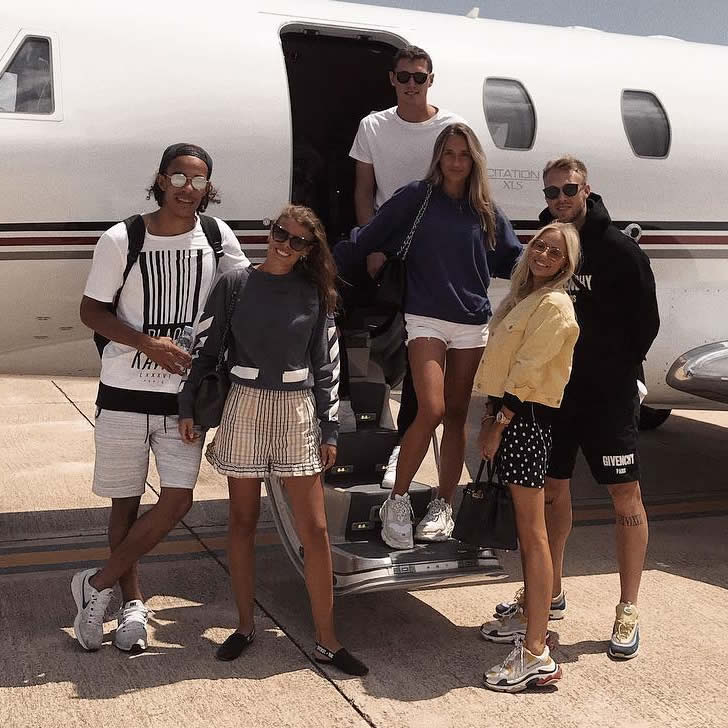 Andreas Christensen is looking to quickly get over Denmark’s disappointment at the World Cup by jetting off to Ibiza with his girlfriend.

Chelsea FC defender Christensen was on international duty with Denmark at the World Cup in Russia but could not prevent his side from suffering a defeat on penalties by Croatia in the last 16.

The defender earned lots of praise for his performances for Chelsea FC last season as he broke into the first team at Stamford Bridge under Antonio Conte.

The 22-year-old will now be looking to recharge his batteries this summer before reporting back to his club for pre-season training.

And he looked to be in good spirits as he and his girlfriend Katrine Friis jetted off to warmer climes with some friends.

Chelsea FC are yet to make any new signings this summer despite having been linked with a host of players over the last few months.

The west London side endured something of a disappointing campaign last term as they ended up in fifth place in the Premier League table and missed out on Champions League qualification.

However, they did end the campaign on a positive note by beating Manchester United in the FA Cup final.