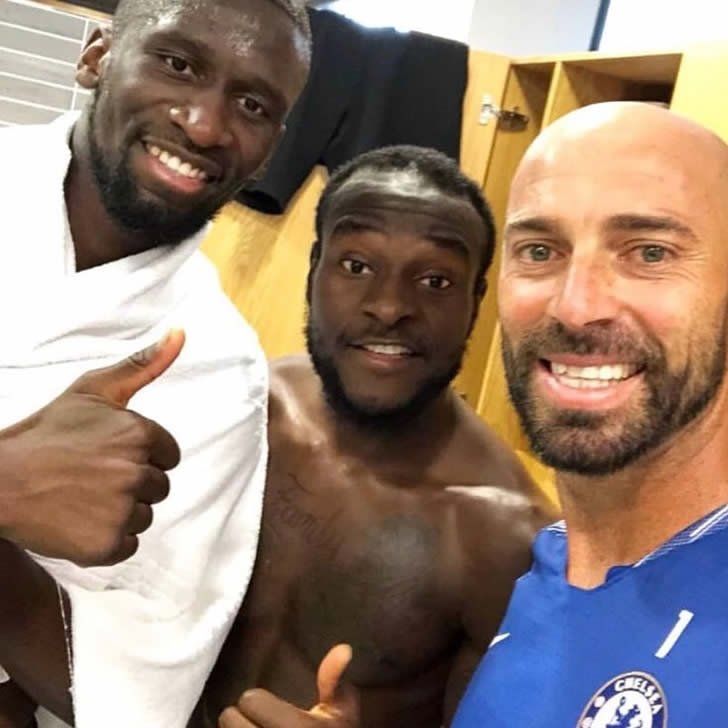 Victor Moses looked to be in good spirits after having linked up with his Chelsea FC team-mates to begin their preparations for the new season.

Moses had been handed an extended summer holiday after having represented Nigeria at this summer’s World Cup in Russia.

The wing-back is now back with his Chelsea FC team-mates to begin their preparations for the new season, and Moses will be hoping to impress new manager Maurizio Sarri following his appointment at Stamford Bridge last weekend.

Moses will be hoping to hold down a regular spot in the first team at Stamford Bridge next season and he looked to be in good spirits as he posed for a picture with Antonio Rudiger and Willy Caballero over the weekend.

Moses posted the picture above on Instagram and wrote the caption: “Good to be back with the lads today 💪🏿 #Chelsea #CFC.”

The Blues finished in fifth place as they missed out on Champions League qualification for next season in Antonio Conte’s final campaign in charge last term.