"I really enjoyed last year’s Championships for giving me the opportunity to be at home... I really took a lot of confidence in those home comforts" 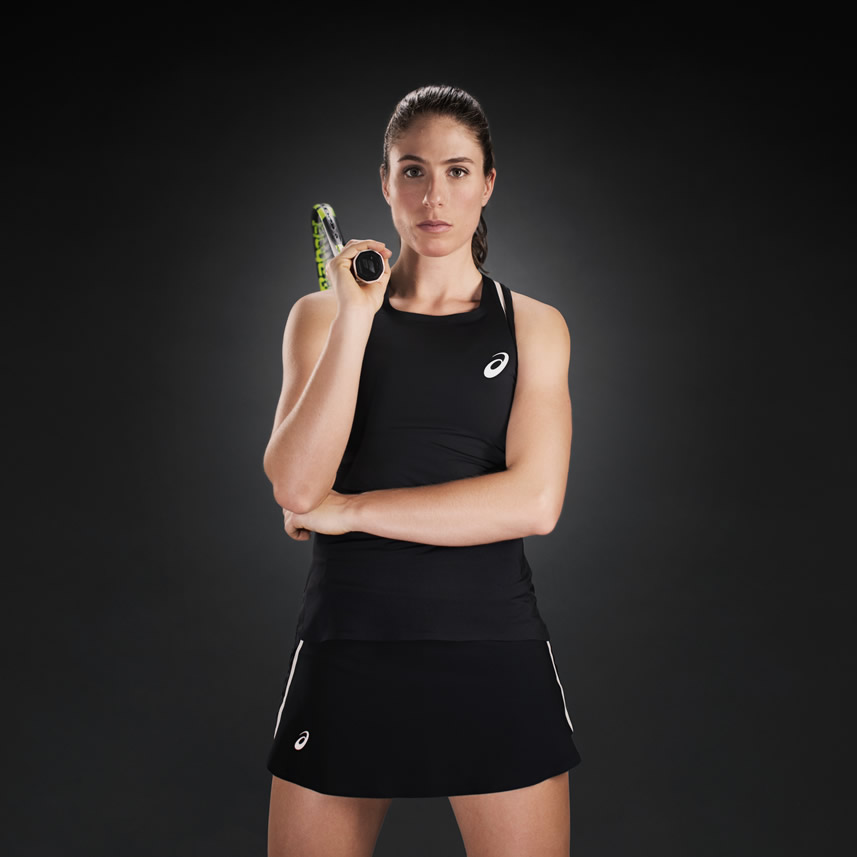 Little more than two years ago, the world seemed to be Johanna Konta’s oyster. She was on the rise, ticking one milestone off after another.

She began 2016 with a bang—a big breakthrough at Major level with the semis at the Australian Open. She jumped from around 50 to 26 in the world and by the French Open had broken the top 20.

Come the grass, and she thrilled her home fans in hometown Eastbourne to reach the semi-finals, and won her first title in Stanford, beating her childhood hero Venus Williams in a three-set thriller to do so.

By the end of the North American swing, she was at No14, and the Asian swing went swimmingly—ending with a runner-up finish at the Premier Mandatory in Beijing. And by the start of last year, she had broken the top 10, and was headed to her biggest title to date, in Miami.

And so back to grass, and a five-week surge of form that had the British nation on the edge of its seat. Her quarter-final victory over Simona Halep at Wimbledon, all 2hrs 38mins of it in a blistering three sets, broke records for viewer audiences, and having won only a single match in five previous visits to Wimbledon, Konta became the first British woman to reach the semis at the All England Club in 39 years.

Now, though, Venus would avenge her loss to the Briton and advance to the final in Konta’s place.

No matter: The player that the home nation had taken to its heart would hit No4 in the ranks, and stay at No7 in the world until late autumn despite struggling with a niggling injury. In the end, that cost her a place at the WTA Finals in Singapore, and she decided it was time for a coaching change.

More injury at the start of 2018 and a loss of form and confidence through the spring months saw the first real downturn in Konta’s ranking, to 22 by the French Open. It is, of course, the curse of one season of success—if that success cannot be repeated.

It would be easy—and understandable—for such a turn in fortune from one year to the next to take the shine off the tour, off this rewarding but ever-demanding sport. Yet Konta entered her pre-tournament press conference with the cheeriest of smiles and a bright ‘Hello!’

She loves it here, she loves the grass, and it showed. It showed, as she contemplated her best memory of that heady fortnight less than 12 months ago.

“I think more than anything it is to trust that when I’m playing at my highest level, the level I want to be playing at, I can really, really make an impact in big tournaments. I think that’s a massive confidence boost for any player.

“But I think also specifically here, it was how well I was able to keep a good perspective. I really enjoyed last year’s Championships for giving me the opportunity to be at home… I think I really took a lot of confidence in those home comforts.”

It means that, 12 months on, she is buoyed up again just to be here:

“I’m really excited. I’m really happy. I guess I’m fortunate enough that I get to come back here in between the Championships, [so] I’ve been back since. But it’s nice to see Wimbledon having its fancy dress on. Yeah, I’m really excited to be back.”

Surely she feels extra pressure at home, and after such a stand-out run?

“No. I see it, first of all, [that] we’re very fortunate in tennis… I’m treating this week as another opportunity for me to perform and for me to keep building on what I feel is a better and better level that I’ve been playing over the last number of weeks.”

She reached the final in Nottingham before falling to two-time Wimbledon champion Petra Kvitova in Birmingham, and then to Australian Open champion Caroline Wozniacki in Eastbourne. Both women went on to win their respective titles. So Konta is, as she put it:

“Just looking forward to going out there, competing, doing the best that I can. At the end of the day, I’m only accountable to myself. To make sure that I do myself justice in the effort that I put in.”

Konta will open on Tuesday against world No103, Russian 21-year-old Natalia Vikhlyantseva, who quotes Wimbledon as her favourite tournament and grass her favourite surface. And her only tour final to date was in fact on the grass of s-Hertogenbosch last year.

This season, the Russian has won just half a dozen main-draw matches, so Konta should move comfortably to the second round, where things get much tougher: either Alize Cornet or Dominika Cibulkova—who missed out on a seeding as a result of the promotion of Serena Williams.

Her first seed should be Elise Mertens, in the third round. The 22-year-old from Belgium has won three titles this year, two on clay, and made a strong start to the year in Australia. On grass, Konta would be the favourite.

Then—well, it could be a replay of that Wimbledon stand-out contest with Halep, though this time Halep has the confidence of a world No1 and Major champion. All four of their previous matches have been very close tussles. Watch out for another come the second week at the All England Club.

Andy Murray withdraws from Wimbledon with ‘a heavy heart’