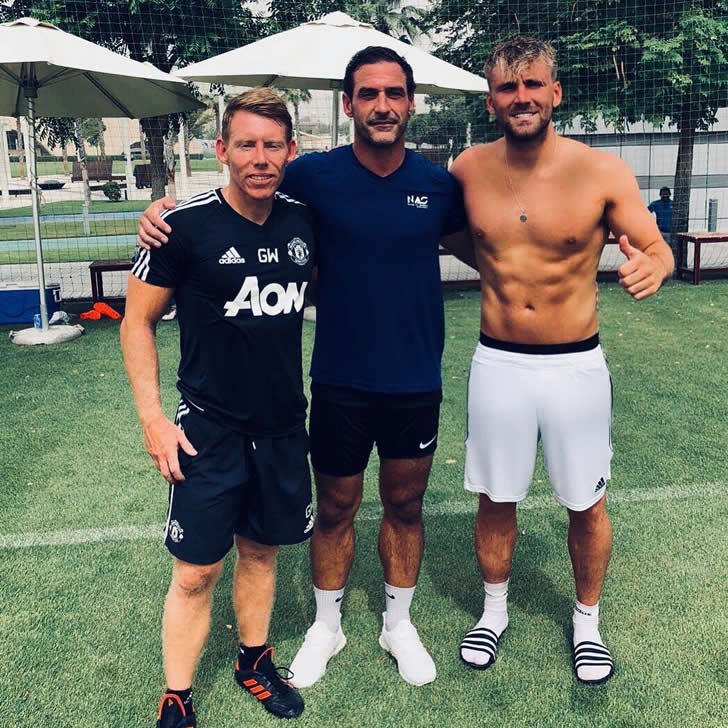 Luke Shaw has taken to social media to declare himself as “pre season ready” after undergoing a personal fitness camp in Dubai last week.

The 22-year-old’s future has been a source of speculation recently following his failure to hold down a regular spot in the Manchester United first-team under Jose Mourinho.

The left-back has inevitably been linked with a move away from Old Trafford this summer, but the player himself seems determined to prove himself to Mourinho ahead of the Portuguese coach’s third season in charge of the club.

Shaw shared the picture above of himself on social media and wrote the caption: “Pre season ready 🤙🏽”

Manchester United’s first team players are not due to report back to Carrington for pre-season training until the start of next week.

The Red Devils are thought to be on the lookout for a number of new signings this summer as Mourinho looks to try and assemble a squad capable of winning the Premier League title next season.

Manchester United finished in second place in the Premier League table and without a trophy last season in what was Mourinho’s second campaign in charge of the Red Devils.