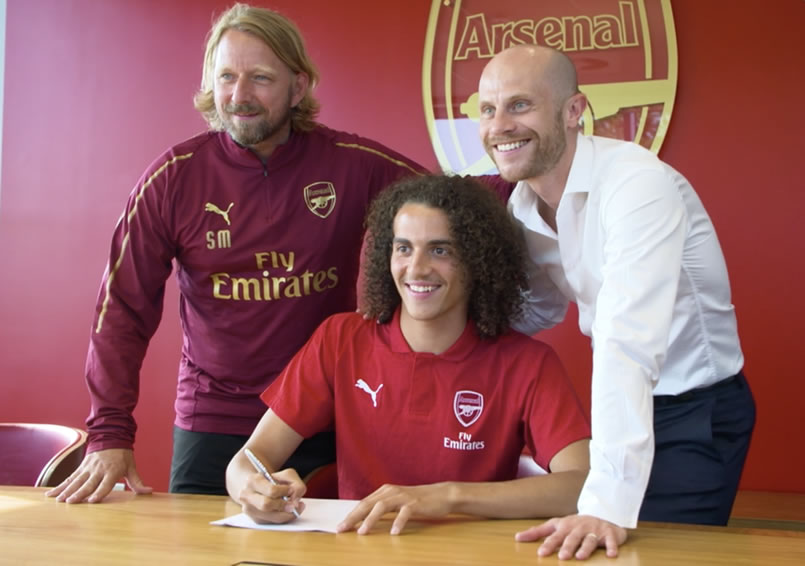 Petr Cech has lavished praise on Matteo Guendouzi following his strong debut for Arsenal in their 2-0 loss to Manchester City on Sunday afternoon.

The 19-year-old signed for the Gunners from French side Lorient in the summer transfer window as new manager Unai Emery opted to bring the midfielder to the north London side.

The teenager made his first Premier League start for Arsenal and played the full 90 minutes in their defeat by the defending champions at The Emirates on Sunday afternoon.

Guendouzi caught the eye with an impressive display in front of Arsenal’s home fans, but he was unable to prevent the Gunners from slipping to a 2-0 defeat by Pep Guardiola’s men.

Despite the result, Arsenal goalkeeper Cech insisted that he has been extremely impressed by what he has seen from Guendouzi so far following his move to the north London club back in July.

Speaking to Arsenal’s website after the game, Cech said: “He’s a very talented player and he had an unbelievable pre-season for a boy who comes from the second division [in France].

“It’s a big difference and throughout the pre-season I think he deserved his spot in the starting XI for his work and the quality that he put on the pitch.

“He had a difficult task but I thought that he did really well.”

Arsenal will be aiming to challenge for the Premier League title this season after they finished in sixth place in the table and without a trophy in Arsene Wenger’s final campaign in charge last term.

The north London side will make the trip to Chelsea FC in their next Premier League game on Saturday.