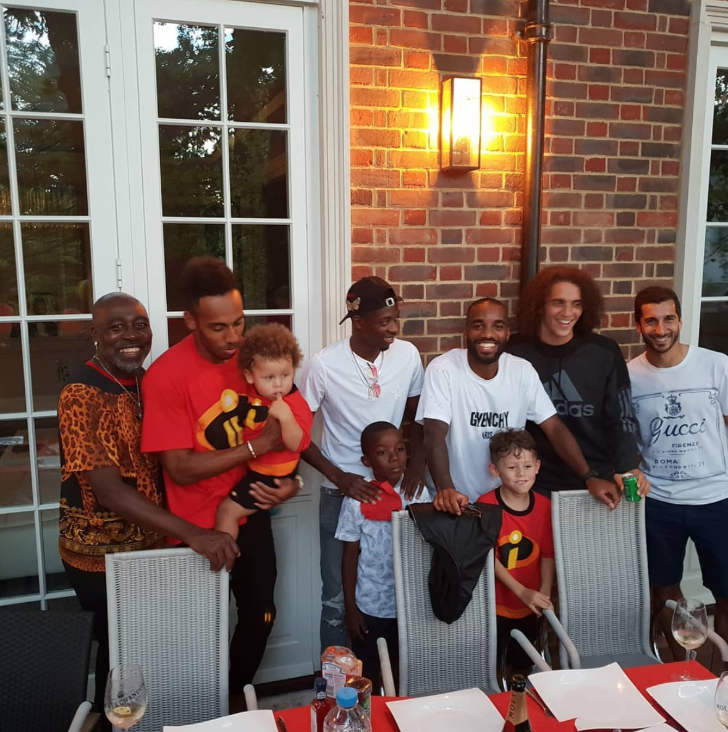 Ousmane Dembele has been spotted dining with some members of the Arsenal squad to fuel speculation surrounding a potential move to the Gunners.

The France international has been linked with a switch to the north London outfit in summer transfer window following a difficult first season at FC Barcelona.

Dembele moved to FC Barcelona in a £120m deal from Bundesliga outfit Borussia Dortmund in the 2017 summer transfer window to become the Catalan side’s most expensive player.

The 21-year-old, though, struggled to thrive in the FC Barcelona team to raise questions about his future at the Catalan side ahead of the 2018-19 season.

Dembele played alongside Pierre-Emerick Aubameyang at Borussia Dortmund, while January signing Henrikh Mkhitaryan is another former member of the Westfalenstadion outfit.

And Arsenal supporters were sent into meltdown on social media after Dembele was snapped having dinner with Aubameyang, Mkhitaryan, Alexandre Lacazette and Matteo Guendouzi.

Defenders Stephan Lichtsteiner and Sokratis Papastathopoulos have moved from Juventus and Borussia Dortmund.

Unai Emery has strengthened his midfield with the £26m addition of Sampdoria star Lucas Torreira, while Bernd Leno moved from Bayer Leverkusen in a £20m switch.

French teenager Guendouzi has also completed a switch from Lorient.