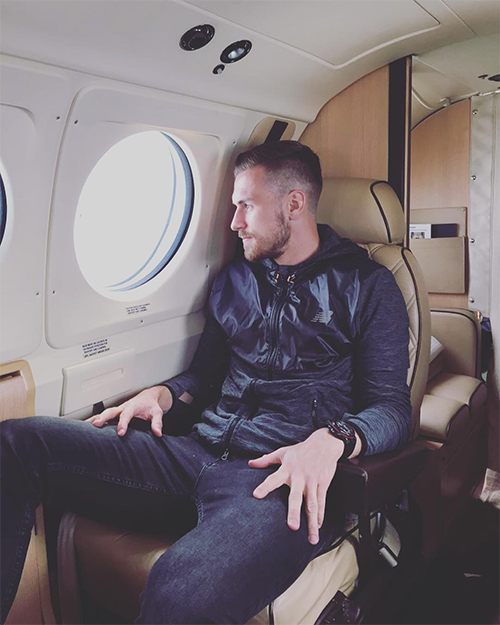 Chelsea FC and Liverpool FC are both interested in a deal to sign Arsenal star Aaron Ramsey, according to journalist Ian McGarry.

The Wales international’s representatives are in negotiations with the north London side over a new contract ahead of the transfer deadline day.

Ramsey has less than 12 months to run on his current deal with the Gunners to open up the possibility of a move in January or next summer.

The 27-year-old has been linked with a potential move to Chelsea FC as Maurizio Sarri looks to improve his midfield options ahead of the new season.

“He is happy for his agents to listen to clubs who may be interest,” McGarry told the Transfer Window podcast.

“There is a bit of interest from Chelsea and Liverpool. Ramsey would be a great addition to Jurgen Klopp’s squad as box to box midfielder.”

Ramsey has won three FA Cup titles during his Arsenal career so far after his move to Cardiff City in the 2008 summer transfer window.

The Gunners finished in sixth place in the Premier League table last season to miss out on a spot in Champions League.