Chelsea FC manager Maurizio Sarri is ready to cash in on Brazilian forward Willian, according to a report 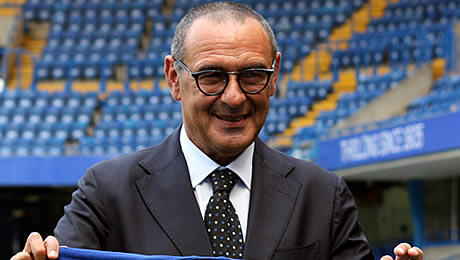 Maurizio Sarri will sanction the sale of Willian as long as Chelsea FC have a replacement lined up, according to a report in England.

The Daily Mail is reporting that the Blues are prepared to sell Manchester United target Willian in the summer transfer window following months of speculation.

The same article states that Chelsea FC want a £75m transfer fee for the Brazil international after signing the Brazilian in a £30m deal in the 2013 summer transfer window.

According to the same story, Sarri is desperate to increase the size of his Chelsea FC squad ahead of his first Premier League campaign in charge of the west London outfit.

Willian scored six times and made seven assists in 36 appearances in the Premier League last season, although the former Shakhtar Donetsk winger came off the bench 16 times.

Mourinho is thought to be keen on a deal to sign Willian as the Manchester United manager looks to improve his options on the winger ahead of the new Premier League campaign.

Willian won the Premier League title and the FA Cup under Mourinho’s successor Antonio Conte between 2016 and 2018.