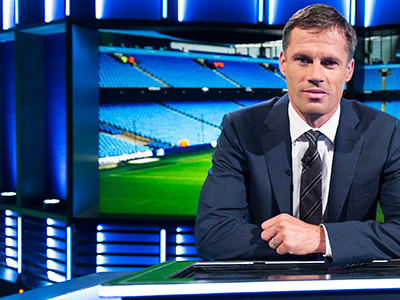 Jamie Carragher believes Virgil Van Dijk is good enough to one day be remembered as a Liverpool FC all-time great.

Van Dijk moved to Anfield back in January for a huge £75m fee from Premier League outfit Southampton FC.

The Dutch star has become a regular in Jurgen Klopp’s starting XI, making 24 appearances in total so far for the club.

His latest performance against Crystal Palace in a 2-0 win on Monday night, was a fresh reminder of his outstanding qualities and underlined his status as one of the league’s most consistent performers in recent times.

Former Liverpool FC defender Carragher praised Van Dijk and stated his belief that the Dutchman has all the attributes to go down in Anfield folklore one day.

Carragher told Sky Sports: “If Liverpool under Klopp win something big, and Van Dijk is at the centre of it, he should be disappointed if he’s not alongside Hansen when people talk about the great Liverpool centre-backs.

“There isn’t another centre-back that ticks almost every boxes in terms of presence, pace, strength and ability on the ball. Normally a player has a couple of those, they are lacking somewhere else and their defensive partner will cover some of those areas.

“Van Dijk has all of them at the moment. Players and leaders like him have to be the ones that take Liverpool to something big. That’s when you’ll be remembered when you win something big.”

Many experts have backed Klopp’s talented team to push Manchester City all the way in this year’s title race and supporters will hope that Van Dijk can continue to produce high-quality displays deep into the season.

Brighton FC visits Anfield on Sunday after claiming the scalp of Manchester United over the weekend and Liverpool FC will hope to avoid a similar fate by instead picking up another three points as the 2018-19 campaign continues.