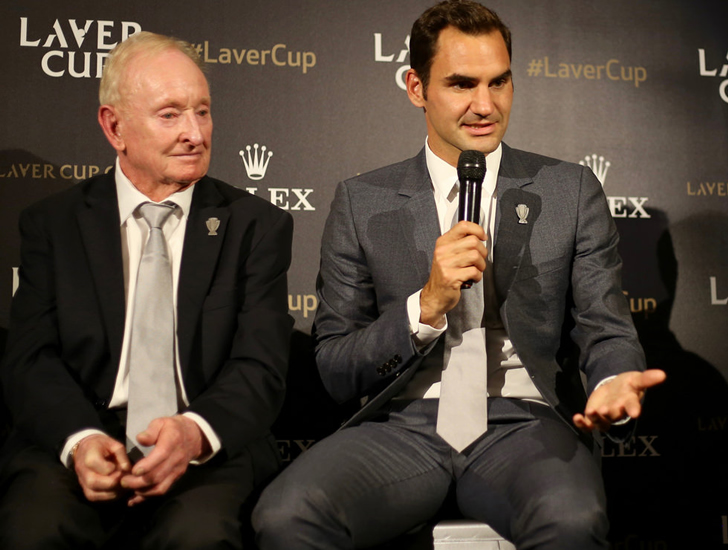 As if Roger Federer and Novak Djokovic did not bring enough star appeal to the Laver Cup’s Europe team in September, the squad will be joined by world No4 Alexander Zverev, No5 Grigor Dimitrov and No11 David Goffin—three of the most popular players on the tour.

With new world No3 Juan Martin del Potro, No6 Kevin Anderson, No9 John Isner, and No12 Diego Schwartzman already signed up to Team World, the Laver Cup will boast nine out of the current top 12 players in the world at its second playing in Chicago.

Borg led Europe to a narrow victory over the World squad at the inaugural Laver Cup in Prague last year, with Federer overcoming Nick Kyrgios—who will also play again this year—in a thrilling final match.

“I’m delighted to welcome Sascha, Grigor and David to Team Europe. All three players have incredible games and I’ve admired them as players for a long time.

“Having them join Roger and Novak gives us a strong team with lots of options, combinations and flexibility. These players are all tough competitors, great fighters and have tremendous spirit. Team Europe is shaping up nicely and I’m expecting an exciting competition.”

At just 21 years of age, Zverev has already won nine titles, three of them at Masters level, and three in 2018 alone. He also made the final of two more Masters, in Rome and Miami, this year.

“I enjoyed being part of the Laver Cup in Prague last year and I am looking forward to joining the team again to defend our title.

“It’s fantastic to have the chance to be team-mates, supporting each other instead of competing against each other. This is a fun format and I’m excited to be playing the Laver Cup again.”

This will be Dimitrov’s first appearance in the Laver Cup after he picked up his first Masters title a year ago in Cincinnati and went on to claim the year-end ATP Finals, too.

“I can’t wait to join all these great players to take on Team World in the Laver Cup in Chicago. It’s such an honour to be sharing the court with this incredible group of players, and to have the chance to play on the same team with them.

“I’m excited to visit Chicago—it’s such a great sports city and I’m sure there will be a lot of support, even though we don’t have the home advantage this year.”

Goffin was the losing finalist to Dimitrov in the ATP Finals in London last November, and brings light, nimble footwork and clean, crisp, and precise ball striking.

“It’s so exciting to play in this incredible tournament and to be on the same team as champions like Roger and Novak. It will be a privilege to fight with both of them, along with Grigor and Sascha, to defend the title for Team Europe. I can’t wait.”

· The competition comprises five sessions, two on Friday and Saturday, and one on Sunday

· Four matches are played daily, three singles and one doubles

· Each match win is worth one point on Friday, two points on Saturday and three points on Sunday

· The first team to reach 13 points wins the Laver Cup

· In the event of a tie after all 12 matches, a final overtime doubles match is played as a regular set with ad scoring and a tiebreak

· Both singles and doubles are best-of-three sets with ad scoring, with the third set decided by a 10-point tiebreak in the event of split sets

· At least four of the six players must play doubles

· Match-ups will be determined prior to each day of play through the exchange of line-up cards by the captains.