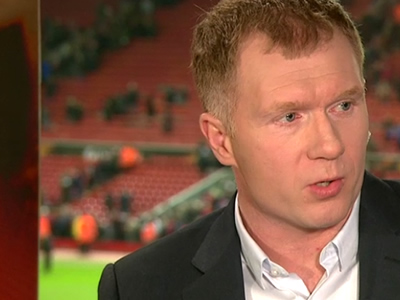 Paul Scholes has conceded that there is a chance that Jose Mourinho will leave Manchester United during the 2018-19 Premier League season.

The Red Devils boss has struck a frustrated figure during pre-season ahead of their Premier League opener against Leicester City on Friday night.

Mourinho has been without some of his key players over the past month or so as important members of his squad got an extended break following the World Cup.

Manchester United missed out on some key signings to bolster areas of weakness in the summer transfer window, such as at centre-half and on the right wing.

Former Manchester United midfielder Scholes explained what it would take for Mourinho to stand down as the Red Devils boss at the end of the Premier League season.

“He needs to get off to a good start this season, there’s no doubt about that,” Scholes told the Daily Express.

“I think a lot will depend on how his team plays, you know.

The Red Devils have won the FA Cup, the Europa League and the League Cup since Sir Alex Ferguson’s retirement.

Michael Owen predicts where Chelsea FC will finish this season