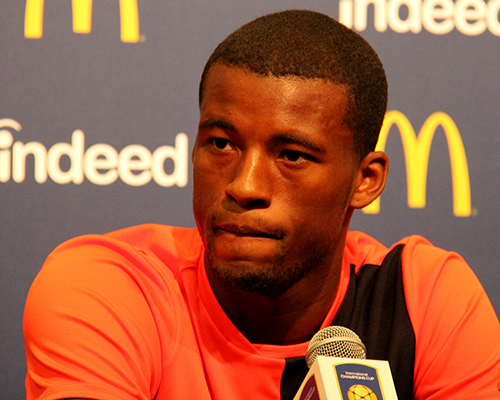 Stan Collymore has praised Georginio Wijnaldum for stepping up his performance after Liverpool FC signed two new midfielders in the summer transfer window.

The Reds signed Guinea international Naby Keita in a £48m deal from Bundesliga outfit RB Leipzig in the summer to bolster their options in the middle of the park.

However, Wijnaldum has started all three of Liverpool FC’s Premier League fixtures so far to lay down a marker despite increased competition for a starting spot.

The Dutch star has completed 95 per cent of his attempted passes in 270 minutes of Premier League football so far this season.

Former Liverpool FC striker Collymore believes the Reds star deserves credit for stepping up his performance level in the 2018-19 campaign so far.

“A man who was overlooked going into the season, as Klopp opened his chequebook and landed Naby Keita and Fabinho in midfield,” Collymore told the Daily Mirror.

“But Wijnaldum has been quality so far this season – Fabinho hasn’t had a sniff yet – and once again bossed the middle of the park against Brighton.”

Liverpool FC finished in fourth place in the Premier League table last season to secure a spot in the Champions League.