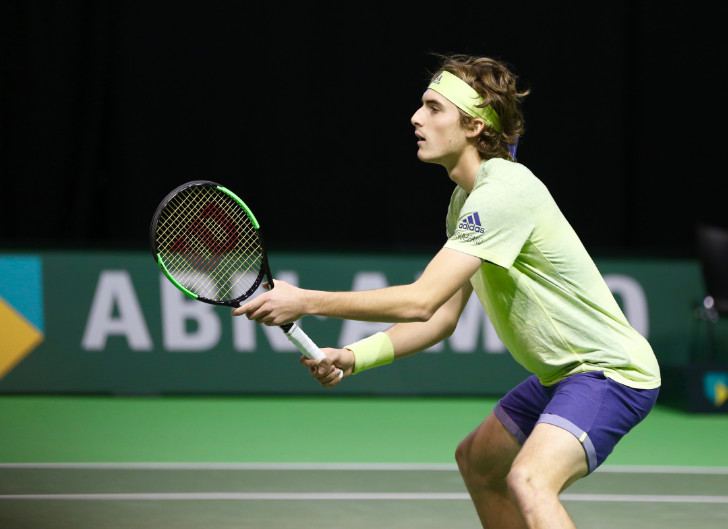 This week, the rain may have followed the tour to Toronto for one of the ATP’s nine Masters, but the progress of those talented 21-and-under players was not dampened. Four more featured in the third round and, what is more, they were leaving older and higher-ranked men in their wake.

Two of the names were the same—and it is little wonder that defending Rogers Cup champion Alexander Zverev and world No27 Stefanos Tsitsipas lead the ATP’s #NextGen Road to Milan. If they could both reach the quarter-finals, they would set a repeat of that recent Washington semi-final—won by the more experienced Zverev.

The other two to make Round 3 in Toronto were themselves in the top five on that same Milan road: 20-year-old Frances Tiafoe and teenage home favourite Denis Shapovalov.

Zverev, of course, has been notching up achievements since he was a teenager. With his title defence in Washington, he was up to nine titles, three of them at Masters level. And with three titles already this year, he had won more matches than any other player, 42. Never mind the Road to Milan: Last year, Zverev made the cut for London’s ATP Nitto Finals, and this year was second only to Rafael Nadal in that Race.

The charismatic German took on another striking, young 6ft6in player, the winner in Sydney this year, Daniil Medvedev. But elsewhere, the third round was notable for battle of the generations.

Shapovalov made the semis of the Madrid Masters and reached the semis right here last August by beating Juan Martin del Potro and Nadal—ranked 143. And here, he thrilled the home fans to beat No14 seed and Los Cabos champion, Fabio Fognini, his second 31-year-old victim this week after Jeremy Chardy in his opener. Now he would try and do the same against 31-year-old No39, Robin Haase.

One of last year’s #NextGen, Karen Khachanov, still only 22 and also cutting an impressive 6ft6in figure, won his first title in 2016 and reached a career-high 29 a year ago. He won Marseille earlier this year and made the fourth round at both the French Open and Wimbledon. Now he would take a shot at the 33-year-old No8 seed John Isner, winner in Atlanta last month.

Tiafoe, winner of this year’s Delray Beach title and runner-up in Estoril, was already assured of breaking the top 40 during Toronto once he beat former world No3 Milos Raonic in the second round, and he came within touching distance of his biggest win to date over No5 seed Grigor Dimitrov.

He pressed the 27-year-old Bulgarian throughout a long three-setter, took the early lead in the deciding set, but a double fault on break-back point put them back on equal footings. Tiafoe also took the initiative in the final tie-break, 4-2, but Dimitrov returned to the winning tactics of the first set, attacked the net, and took the 5-4 lead. He sealed the win, 7-6(1), 3-6, 7-6(4), and will next play the 32-year-old Wimbledon runner-up, Kevin Anderson.

However, during a rare sunny day session in Toronto, eyes were firmly focused on the exciting 19-year-old Greek, Tsitsipas. He arrived here at a career-high 27 after his semi run in Washington, from 91 at the start of the year, having made the final in Barcelona and the fourth round at Wimbledon on the way.

Here, his bold attacking tennis was again capturing fans, and it disposed of No7 seed Dominic Thiem to set one of the biggest tasks in Rogers Cup history: a first showdown with four-time champion Novak Djokovic.

The owner of 51 hard-court titles missed the entire US Open Series last year after succumbing to elbow injury. Djokovic returned in Australia, lost in the fourth round, and eventually underwent minor elbow surgery. But his confidence and fitness began to build during the clay swing, and come the grass, he looked close to his old self with a final run at Queen’s followed by the Wimbledon title—his first Major since Roland Garros in 2016.

He had enjoyed a relatively easy start in Toronto when Hyeon Chung pulled out of his opener to be replaced by lucky loser Mirza Basic, ranked 84. Then Djokovic played Canadian wild card, Peter Polansky, ranked 121. But he would have to move through the gears to keep Tsitsipas under control.

Of course, for the young Greek playing in his first ever Masters third round, this was formidable opposition. It did not show.

Tsitsipas opened with a love hold and then piled on the pressure in the second game, but could not convert four break chances through the nine-minute tussle. He made no such mistake in the sixth game, taking on Djokovic with early-strike shot-making to deny the Serb time and rhythm. Indeed, Tsitsipas was plying the corners almost as well as Djokovic, took smashes with confidence, and fired his flexible one-handed backhand to each wing. He closed out the set to love, 6-3.

Tsitsipas stayed with the improved Djokovic precision in the second set, but let a vital chance slip at 4-4: two break chances, two shanked returns, and Djokovic slotted a glorious cross-court backhand to hold. It would take a tie-break, and Djokovic rose to the challenge, 7-6(5).

Many teenagers may have buckled under the pressure of playing for his first Masters quarter-final against one of the greatest players ever to lift a racket. But the former junior No1 was not for turning. He simply played better, and with admirable focus. Instead, it was Djokovic who looked rattled, and he saw another backhand whistle past down the line on the way to an immediate break.

The Serb looked sure to retaliate immediately when Tsitsipas fluffed two straight net attacks to offer up his first break points of the match, but instead, the Greek shot a winner down the forehand wing, and held, 3-0.

The frustration boiled over for Djokovic, and he smashed his racket, but to no avail. Tsitsipas could do no wrong, it seemed: He played big and was rewarded with the biggest win of his career, 6-3, having notched up 42 winners and 22 net finishes.

A year ago, Tsitsipas had yet to win his first main-tour match: Now he has scored two top-10 wins in as many days, and he is looking at another career-high of around 23 unless those young colleagues, Shapovalov and Khachanov, make the final and Tsitsipas goes no further.

And that is a prospect the Greek will have to face, for he will indeed face Zverev in the quarters. The impressive German completely smothered Medvedev in 52 minutes, serving out the match to love, 6-3, 6-2, having dropped just four points on serve, and making 20 winners for only nine errors.

In the top half of the draw, Marin Cilic beat Diego Schwartzman, 6-3, 6-2. He will play the winner between top seed Rafael Nadal and wild card returner, Stan Wawrinka.