Stefanos Tsitsipas beats Alexander Zverev to set up a semi-final clash with Kevin Anderson, while Rafael Nadal will take on Karen Khachanov 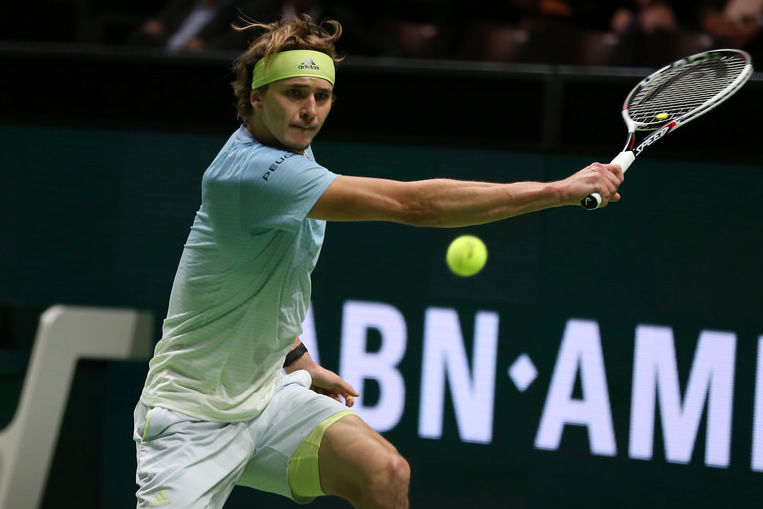 Alexander Zverev has looked the real deal since he began his transition into the main tour in 2015. Even back then, age just 18, he made a mark at Washington, ranked just inside the top 100 but a quarter-finalist.

By early 2016, he not only looked the real deal but sounded it too. In Rotterdam, still two months shy of his 19th birthday, the German took command of his press conference like an old pro—mature, ambitious, and smart enough to understand that he was only a year or two along the difficult road that leads to senior tour success.

Asked about his long-term dream, he paused:

“Obviously, every kid’s dream is to win a Grand Slam. It’s obviously what I’m working for. But we all know it’s a long way to go.”

He freely acknowledged, too, that he still had to undergo more physical development before reaching his optimum condition:

“Yes, I’m still developing. A lot of players told me that it takes more time to develop than for someone who is shorter because everything is so much longer… From building up the body, building the muscles, everything is just a bit harder, but in the end it all pays off. You’ve got the advantage of being tall, you obviously can serve better, and if you make your body as strong as someone who is six foot, you can be a great tennis player.”

Rotterdam would be something of a launch-pad. He certainly gave Rafael Nadal a big scare in the fourth round of Indian Wells, made his first final on the clay of Nice, and beat Roger Federer on his way to the Halle final. His first title came indoors in St Petersburg.

In 2017, he headed towards 20 both in age and ranking when he won in Montpellier, and onward to his first Masters in Rome, beating Novak Djokovic. And this time last year, he won Washington and then his second Masters at the Rogers Cup. Naturally, he topped the #NextGen Race to Milan, but opted instead for the ATP Finals in London: He was ranked No3.

And so to this year’s US Open Series, ranked behind only Nadal and Federer via another Masters in Madrid. He was now the only active player aside from ‘the big four’ of Nadal, Federer, Djokovic and Andy Murray, to hold three Masters, and was after his fourth. All those years with Green were paying off—as his tour-leading 43 match-wins testified.

But he also faced the downside of the ranking system. He may have defended his Washington title, but he had to defend in Toronto to keep that No3 ranking. Juan Martin del Potro would overtake him if he failed to win, and fellow quarter-finalists Marin Cilic and Kevin Anderson, should they win the title, could also overtake him if he lost his quarter-final.

And lined up to stop him was a player who seemed to be echoing Zverev almost every step of the way. Stefanos Tsitsipas, too, was proving to be the real deal at the tender age of 19.

Also a rangy 6ft 6in, also with flowing blond hair and chiselled cheek-bones, the Greek was second to Zverev in the Race to Milan, and in recent months he had really begun to fulfil the expectations loaded onto his tall frame.

He was the No1 junior when he turned pro in 2016, last year won his first Challenger title and broke the top 100. This year, he had gone from strength to strength, starting with the quarters in Doha, and impressing at the Barcelona 500, where he beat four top-10 seeds, including Dominic Thiem, to reach the final without dropping a set.

His first Major fourth-round run at Wimbledon brought him to the attention of still more tennis fans with his expressive, attacking game and one-handed backhand. By the time he arrived at Washington, he commanded the No10 seeding, a career-high 32, and beat David Goffin.

This week had been even more impressive: Another win over Thiem was followed by a glittering three-set win over Djokovic to reach his first Masters quarter-final, but that set a second meeting in under a week against Zverev, and Tsitsipas lost that first one, 6-2, 6-4.

The young Greek, though, got off to a perfect start, eight straight points, two straight games. But Zverev’s nervous start quickly passed, and he broke back to level, 2-2. The German’s confidence grew, and it was the Greek who looked tight in giving up another break, and then another for the set, 6-3. Tsitispas’s outstanding serving against Djokovic had vanished: He had missed half his first serves and won even less.

When Zverev got the break in the fourth game of the second set, Tsitsipas looked emotionally flat and unable to apply consistent pressure. Had he left too much on the court against Djokovic? He held for 3-5, but after just an hour, the dominant Zverev served for the match—and at last the Greek swung with nothing to lose, thumped two forehand winners, and drew a weak error from the German for the break back.

Shades of the Djokovic match now came to court, as Tsitsipas produced a big power hold for 5-5, and a clever drop-shot/pass combo took it to a tie-break. And it would be a thriller.

Both were riddled with tension, as the winners and errors testified: now a shank, now a net-cord winner, a couple of searing backhand passes, an awful netted volley, and mini-breaks by the handful.

Zverev earned match-point, but two superb points from Tsitsipas turned it into set point. Zverev got another match-point, 9-8, but again Tsitsipas held two service points. Then a nervy double fault offered up set point to the Greek: Zverev saved it, but hit a backhand wide to concede the set, 7-6(11), and smashed his racket in frustration.

Tsitsipas now looked physically exhausted, but that may have proved his salvation. He wasted no energy, began to ply drop shots, threw in a skimming squash-style forehand, his serving became more potent, and he ventured to the net more often. He withstood five break points in the third game, but Zverev passed him at the net to break in the fifth—only to offer up a weak break back to love.

Tsitsipas was again up against it in the ninth game, facing three more break points, but Zverev’s shot choices were poor, his forehand leaked errors, and now he had to serve to stay in the match,

Zverev’s concentration was clearly blown, and he made on last disastrous mistake: He did not challenge an ‘out’ call that was in. Under the pressure of 30-30, he hit a volley out and then double faulted on match point, to give Tsitsipas set and match, 6-4.

The young Greek looked shell-shocked with his win and his first Masters semi-final—which incidentally will take him inside the top 20 for the first time.

But Zverev looked equally shell-shocked. It was a match that slipped from his fingers, along with the No3 ranking. Perhaps those 43 match-wins had caught up with him, for along the way, he had played plenty more long matches: Five five-setters at Roland Garros and Wimbledon, four three-setters in Monte Carlo, and three more in Miami, to name a few.

In his favour, though, he can pile on new points in the coming month, for he won just one match through Cincinnati and the US Open last year—indeed only nine through the rest of 2017.

Tsitsipas will have to recharge his batteries quickly after his second consecutive highly-charged three-setter, his third straight top-10 win, for he will face Kevin Anderson in the semis. He will, though, be buoyed up by Estoril this year. There, he beat the Wimbledon finalist—though that too was in three long sets. But even if the legs are weak, the spirit will be more than willing.