Marianne Bevis looks ahead to the Toronto Masters tournament, where Alexander Zverev is the defending champion 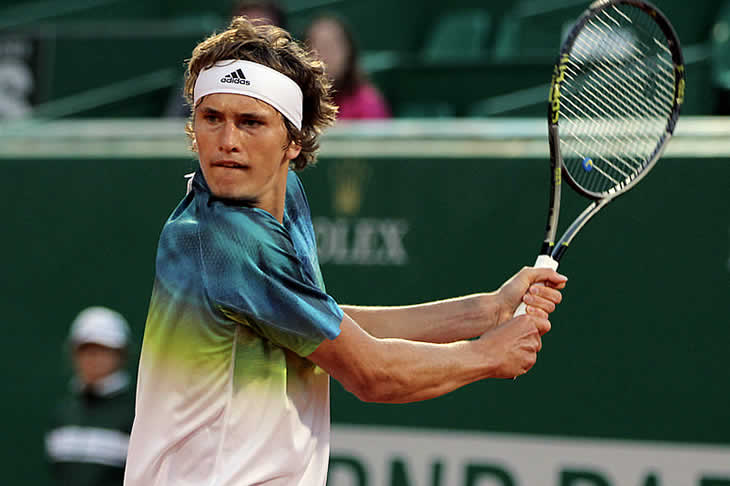 The first of the two Masters tournaments that form the build-up to the US Open is under way in Toronto, and the Rogers Cup, although without namesake Roger Federer, features one of the finest line-ups on the ATP circuit this year.

And it is surely appropriate, given that the Canadian Open has the longest history on the ATP tour dating back to 1881, that it features 26 of the top 27 ranked players.

World No1, French Open champion, and three-time Rogers Cup champion Rafael Nadal leads the field, making a long-awaited return to Toronto, the venue for the tournament in even-numbered years. For while Nadal has played in the alternate Montreal years since his first visit as a teenager in 2004, he has not played in Toronto since 2010.

Last year, he reached the third round, and so could open the gap between himself and the absent Federer at the top of the ranks. And that is significant given that the famed duo has shared the No1 ranking throughout the season so far.

Not that his route to the final is an easy one: He could meet wild card Stan Wawrinka or Nick Kyrgios in the third round and Marin Cilic in the quarters—while a man on a mission, Juan Martin del Potro, could await the semis.

And Federer’s withdrawal adds impetus to del Potro’s mission. The Swiss was runner-up in Montreal last year, so drops 600 points, and that means the chasing players will be snapping at his heels as he opts to focus on preparation for the Cincinnati Masters.

So No3 seed del Potro could move to within 70 points of Federer if he wins the title, and is poised to overtake defending champion and No2 seed Alexander Zverev, with a good run. Indeed only the defence of his title will guarantee the young German his world No3 ranking.

What is more, del Potro, who has enjoyed one of his best seasons in years—he won his first Masters over Federer in Indian Wells, has won two titles from four finals, and went deep at both the French Open and Wimbledon—could achieve a new career high ranking of No2 with good runs in Toronto and Cincinnati. He will, though, need Federer, who turns 37 this week, to fall off the pace in the coming weeks.

But should the Argentine succeed, it would mark a major milestone. It is over 13 years since anyone not named Federer, Nadal, Novak Djokovic or Andy Murray has occupied the top two rankings. However, there is a big ‘but’: del Potro could face the unseeded and in-form Kei Nishikori in his first match, then last week’s Los Cabos champion Fabio Fognini in the third round. Then come John Isner and Nadal: It is testing draw.

Talking of Murray, the Briton withdrew from the quarters of Washington and from the Rogers Cup, where he is a three-time former champion, to recover from his first matches on hard courts in almost 18 months, and to prepare for the rest of the US Open Series.

His wild card went instead to another big name working back from surgery, Wawrinka. The 33-year-old Swiss, ranked 195, has won just six matches this year, but any match-wins will earn ranking points for the man who, this time last year, was having double knee surgery.

Then there is arguably the favourite for the title, the four-time former champion Djokovic, who was also absent last year as he wrestled with injury.

The Serb attempted his return in Australia but eventually succumbed to elbow surgery, took time to regain his match-fitness and confidence, and has been on an upward trajectory since reaching the semis at the Rome Masters. His return to form was completed with the Wimbledon title and a surge from No22 in May to a current No10.

Seeded No9 in Toronto, though, he does not enjoy the first-round bye awarded to the top eight. And his opener is against one of the strongest young players to emerge in the last couple of years, Hyeon Chung—who beat Djokovic in Australia in January. Djokovic is also in Zverev’s quarter, and is in a half boasting some dangerous unseeded names such as Stefanos Tsitsipas, Andrey Rublev and Milos Raonic.

It will certainly be hard to ignore defending champion Zverev, who by the successful conclusion of his title defence in Washington was playing outstanding tennis.

With three titles this year already, he increased his haul of Masters trophies to three and reached the finals of two more Masters. He has won more matches this year than any other player, but continues to look fresh, confident and fit. And although he may be fending off a del Potro bid for his ranking in Toronto, he has very few points to defend in Cincinnati and the US Open. The big names will be watching their backs.

It is easy to forget that Zverev is still among the #NextGen brotherhood, just 21, but he is no longer alone among a new wave of young players that is going deep into the big tournaments. In Washington, the other three semi-finalists were even younger, and the two teenagers reached career highs this week.

Tsitsipas rose to 27, from 91 at the start of the year, and made the final in Barcelona plus the fourth round at Wimbledon.

Rublev had one title from two finals before injury knocked him back this season—but his run to the semis in Washington was memorable.

Alex de Minaur, Washington runner-up, was ranked 208 in January and hit 45 this weekend.

Frances Tiafoe is about to break the top 40 and already has the title in Delray Beach.

Denis Shapovalov made the semis of the Madrid Masters and reached the semis at this, his home Masters, last August. That the young Canadian is again in del Potro’s segment and Nadal’s half adds a tough of intrigue: He beat both of them, while ranked just 143, in the tournament last year.

Altogether eight #NextGen players are in the top 100, six of them in the top 50.

Given the results through this year, however, it is difficult to see beyond the former champions in the draw—plus del Potro—for the title in a week’s time.

Draw size 56; 16 seeds; Top eight have byes to second round

QF Seeds are No9 Djokovic, No7 Thiem; Chung and Tsitsipas also here

Final No1 Nadal, No3 del Potro, No6 Cilic, No8 Isner, No11 Schwartzman, No12 Pablo Carreno Busta, No14 Fognini, No16 Kyrgios; Shapovalov, Nishikori, Wawrinka also here