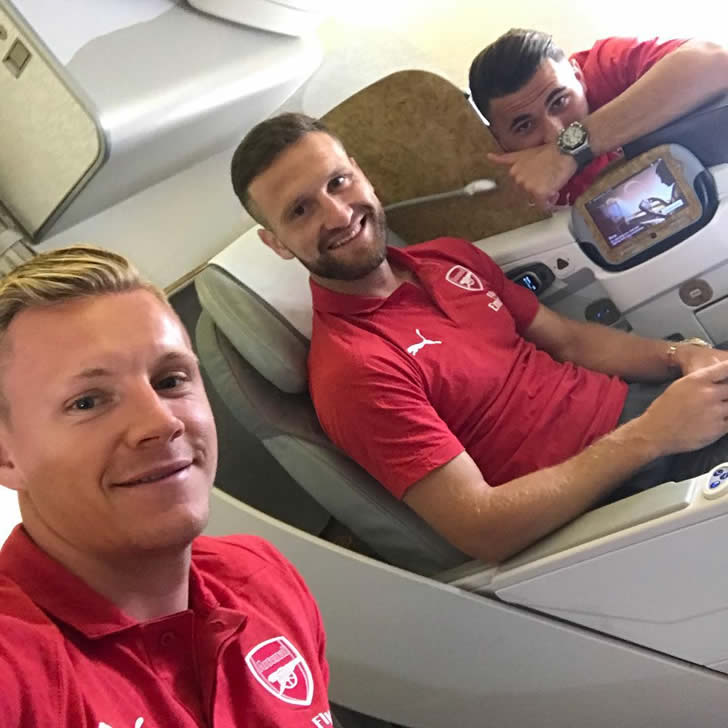 Jamie Redknapp has urged Bernd Leno to be patient for his first-team opportunities at Arsenal following his move to the north London club in the summer.

The German goalkeeper has been made to wait for his first appearance for the Gunners and it came when they claimed a 4-2 win over Vorskla in the Europa League on Thursday night.

New Arsenal manager Unai Emery has instead opted to play Petr Cech in goal in the Premier League so far this season, despite many expecting Leno to go straight into the starting line-up following his arrival from Bayer Leverkusen.

However, Redknapp feels that the summer signing simply needs to be patient about his situation as he looks to try and force his way into the first team in the coming weeks and months.

Speaking in an interview with Sky Sports, Redknapp said: “I think Leno just needs to be patient.

“In the Premier League, especially for goalkeepers, it does take time to adapt. We saw that with David de Gea, who had a difficult start at Manchester United but is now the best in the world.

“It might not be the worst thing that Leno is being introduced slowly. Cech can’t play forever. Leno will get given more games in time. If he does well, he will be Cech’s successor.”

Arsenal will return to Premier League action on Sunday afternoon when they take on Everton in front of their home fans at The Emirates.

The north London side are aiming to make it four wins in a row in the Premier League as they look to establish themselves as one of the main contenders for a top-four finish this season.

Arsenal have not won the title since back in 2004.