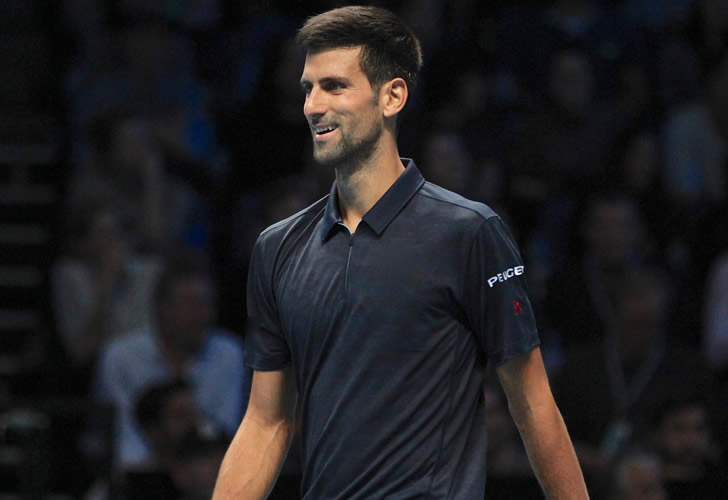 Novak Djokovic and Roger Federer have been confirmed for tennis’s end-of-season finale, the Nitto ATP Finals, at London’s O2, where they will join Rafael Nadal as the first three to qualify.

Five-time former champion Djokovic sealed his place among the elite field for the 11th time by reaching the US Open final on Friday with victory over Kei Nishikori. As a result, six-time ATP Finals champion Federer was assured of his place for a record 16th time courtesy of the Grand Slam Champion rule, which ensures the qualification of a current-year Major champion who is certain to be ranked within the top 20 by the time of the Finals.

Djokovic faced growing injury troubles in 2017, which culminated in his retirement in the quarter-finals of Wimbledon, and he began the long process of regaining form, fitness and confidence after returning at this year’s Australian Open, ranked 14. By the time he arrived at the Rome Masters, he had managed just six match-wins for six losses, but was about to turn a corner with his semi-final finish in the Eternal City.

Come the grass swing, he lost out to Marin Cilic in the tightest of finals at the Queen’s Club, but went on to win his fourth Wimbledon title and then an historic Cincinnati Masters to become the first singles player to win all nine Masters crowns.

With wins in 21 of his last 22 matches, Djokovic will next play Juan Martin del Potro in his eighth US Open final as he bids to add a 14th Major title to his resume with his third US trophy.

Del Potro will be contesting his second Major final eight years after winning his only Major to date at the US Open in 2009, and victory will ensure his own qualification for the Nitto ATP Finals for the first time since 2013.

Federer will make a 16th visit to the season finale after missing the tournament just once since his first appearance in 2002. In 2016, the Swiss ended his season at Wimbledon following knee surgery earlier in the year.

Only once has the Swiss failed to reach the semis finals, has made the final 10 times, and gone on to win the title six times, compiling a 55-13 match record.

After a stunning return to form in 2017 following his six-month absence, he won seven titles, including the Australian Open, Wimbledon, and three Masters. He built on that success this year to regain the No1 ranking after winning his 20th Major in Australia and then the Rotterdam title, later extending his own record for weeks at No1 to 310. He also won his 98th title in Stuttgart and finished runner-up in Indian Wells, Halle and Cincinnati.

Among the current top eight, only one has never qualified for London before, Kevin Anderson, who made his first Wimbledon final in July to hit a new career-high No5.

Just 310 points separate No11 from No20—the places below the current two ‘alternate’ spots—seven of whom have never made the top-eight cut before.

Race to London: the standings ahead of US Open final