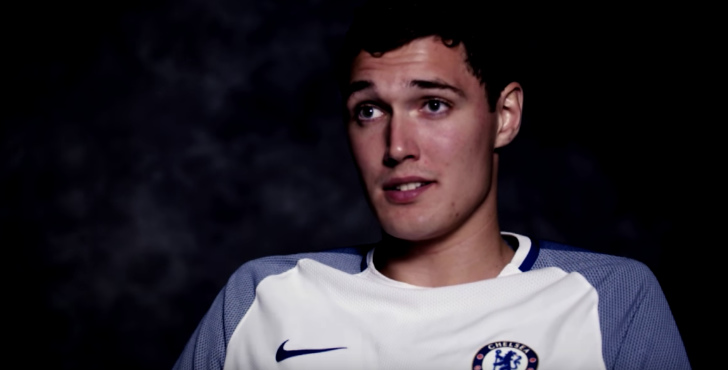 The Denmark international earned lots of new admirers for his solid form for the west London club last season as he helped Antonio Conte’s men to win the FA Cup and finish fifth in the table.

The 22-year-old defender returned to Chelsea FC from a two-year loan spell at Borussia Monchengladbach last summer and he has since been in top form for the west London club.

However, the centre-half is yet to make his first appearance in the Premier League under new manager Maurizio Sarri as he bids to impress his new manager.

Loftus-Cheek has been Christensen’s team-mate for more than seven years, and the England international has admitted that he is a huge fan of the young defender.

Asked about the defender, Loftus-Cheek told Chelsea FC’s website: “Andreas is my partner in crime.

“I’ve played with him since we were about 16. I remember when I first saw him play, he made it look so easy. He’s so talented.”

Meanwhile, Chelsea FC will look to return to Premier League action after the international break when the Blues take on Cardiff City at Stamford Bridge.

The west London side finished in fifth place and won the FA Cup last season before Conte was sacked and replaced by Sarri back in July.

The Blues have won all four of their opening four Premier League games under their new manager.

Jamie Carragher: Xherdan Shaqiri has a point to prove at Liverpool FC