Cesc Fabregas has taken to social media to reveal that he is closing in on being back fit for Chelsea FC.

The Spanish midfielder has missed all four of Chelsea FC’s Premier League games this season after struggling with a minor knee complaint in recent weeks.

The 31-year-old is waiting to make his first appearance for the Blues under new boss Sarri as he looks to try and earn a regular spot in the first team under the new manager.

Fabregas has been working hard on his fitness levels behind the scenes at Chelsea FC in recent days, and the midfielder took to social media to share an update about his situation on Friday.

Fabregas posted the video above of him performing some drills at Cobham on his personal Instagram account and wrote the caption: “❤️⚽️”

The Spain international will be hoping to make himself available for when Chelsea FC return to Premier League action after the international break with a home clash against Cardiff City.

The Blues have won all four of their opening Premier League games this season to establish themselves as joint-leaders with Liverpool FC at this early stage. 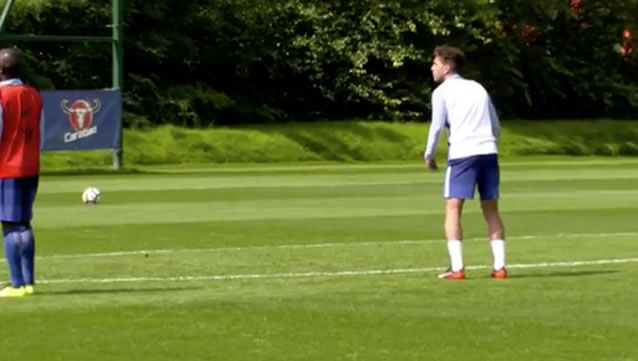