Marianne Bevis looks ahead to the Davis Cup 2018 semi-finals, with France, Spain, Croatia and USA all battling for spots in the showpiece 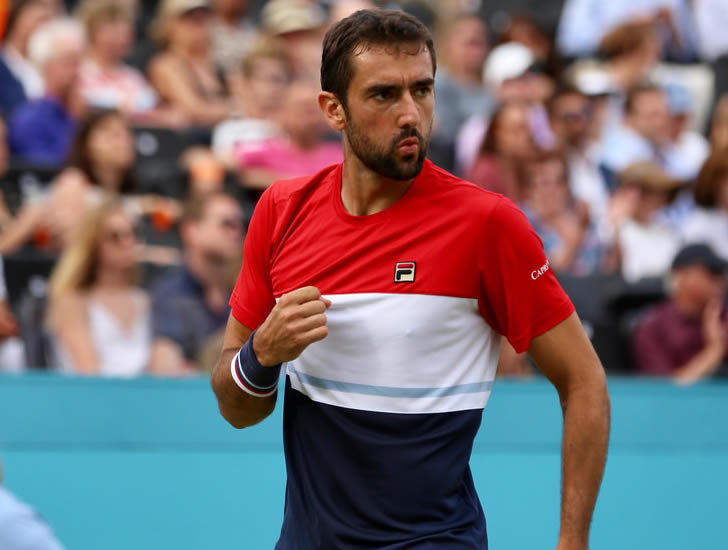 There may be no Rafael Nadal or Novak Djokovic, Roger Federer or Andy Murray, Juan Martin del Potro or Kei Nishikori, even though all their nations are involved in a swathe of significant Davis Cup ties this weekend.

But ‘significant’ remains the key word as ties around the world gear up to play for the final time in the current format of the oldest international team event in sport.

The last four nations from the World Group, Spain against France, and Croatia against the USA, will compete in their respective semi-finals for that most stunning of trophies at the end of November. And they will do so knowing there will never be another weekend like it.

Ring out the old…

From 2019, the leading nations will be part of a World Cup-style event (explained here), played entirely in one week after the regular tour calendar is over: 18 teams divided into six round-robin groups, followed by quarters, semis and the final on consecutive days.

What is more, each tie throughout the week will comprise two singles and one doubles match, each tie played on one day. And, for the first time, the best-of-five-set format will disappear—all these matches will be best-of-three tiebreak sets.

This one-week jamboree will be at a neutral venue, too, so France and Croatia will be making the most of their home crowd’s backing this week: There will never be home-and-away at this stage of the tournament again—only at the qualifying stages in February.

Significant, then, in so many ways.

Ring in the new…

At least these four nations know they will qualify automatically for the final showdown next November. However, the squads in the World Group play-offs will have to join a 24-strong field of nations in the qualifying event next February to earn their place in the final.

This weekend’s eight play-off winners will be guaranteed a seeding, along with this year’s four losing quarter-finalists—Italy, Germany, Kazakhstan and Belgium. The additional 12 unseeded countries will be determined by their Davis Cup ranking after this weekend.

So it is certainly no surprise that the final four teams boast high-quality line-ups. Nadal may be absent for Spain, but that is solely because he picked up a knee injury during the US Open last week.

Even so, Spain has always fielded a remarkably impressive squad, and from nine singles players in the top 100, they have picked No21 Pablo Carreno Busta, No26 Roberto Bautista Agut, No55 Albert Ramos-Vinolas and No74 Feliciano Lopez, who also happens to be a Major doubles champion. Along with another formidable doubles player, Marcel Granollers, every man has been ranked in the singles top 20.

Spain, then, would be many pundits’ favourite to win their sixth title in 18 years, except that France has 10 men in the top 100, plus in this squad, one of the most successful doubles players in the world, multiple Major champion Nicolas Mahut—and he has a proven partner in fellow veteran Julien Benneteau, who is retiring from tennis this season.

France is one of the tournament’s most successful teams, 10 times and defending champions, and on top of that, will be playing at home. Spearheaded by No19 Lucas Pouille and popular stalwart, No24 Richard Gasquet, this promises to be a highly charged, emotional occasion tie.

The highest ranked player in action this weekend, No6 Marin Cilic, will hope to take Croatia one step further than he could in 2016, when he laid it all on the line against Argentina to win his first singles rubber in five sets, joined Ivan Dodig to win the doubles rubber, but then came up against a del Potro determined to lead Argentina to its first ever Davis Cup. The two big men would battle through five sets and almost five hours, ending in victory to del Potro.

The only time Croatia has won, the only unseeded nation to do so, was in 2005 before Cilic was old and established enough to take part. Since then, he has won the Davis Cup Commitment Award for barely missing a tie, 23 of them, with 36 match-wins for 16 losses.

The good news for Cilic is that he now has a fellow top-20 player to add weight to the campaign, No18 Borna Coric, age just 21. The talented young Croat made his Davis Cup debut at just 16—a baptism of fire against Murray—went on to reach two tour finals while still a teenager, but was knocked back by knee surgery in 2016.

Since then, Coric has won two titles, and this year has beaten the likes of Federer, Kevin Anderson and Jack Sock. The American was originally in the frame for the USA for a replay, but was forced to withdraw from the tournament with hip injury—a blow, considering he and Mike Bryan won the doubles titles at Wimbledon and the US Open.

Sock is replaced by Ryan Harrison, and the US squad is also without its biggest name, John Isner, who is shortly to become a father. They still boast a plethora of big hitters in Steve Johnson, Frances Tiafoe and Sam Querrey, but on clay, away from home, and facing a 4-0 head-to-head? This may be a step too far for the Americans.

Elsewhere, significant names in action include Dominic Thiem for Austria against a dangerous Australian team that includes the in-form John Millman and Alex de Minaur. In Thiem’s favour is home clay with familiar Roland Garros balls—he made his first Major final at the French Open this year. Also of note, one of the Davis Cup’s most prolific participants, 37-year-old Jurgen Melzer, will bid farewell to the home crowd ahead of his final tour event next month in Vienna.

No14 Diego Schwartzman, ably backed by Guido Pella and Horacio Zeballos, should take care of things for Argentina against an under-powered Colombia, while Serbia, even without the Wimbledon and US Open champion Djokovic, have a solid line-up at home against India, with No33 Filip Krajinovic and No56 Dusan Lajovic in contention.

Perhaps the most starry World Group play-off tie will be in Toronto. Canada brings Milos Raonic, Denis Shapovalov, and the fast-rising Felix Auger-Aliassime, alongside old doubles stalwart, Daniel Nestor, against a Dutch team of Robin Haase in singles and Jean-Julien Rojer in doubles.

Although Murray and Kyle Edmund are unfit to join the GB squad in Glasgow against Uzbekistan, the home team’s line-up probably has enough depth to contain the away team’s biggest threat, No60 Denis Istomin. GB comprises the fast improving Cam Norrie and Jay Clarke, plus a Dan Evans with a point to prove and the ability to do so, and formidable doubles players in Jamie Murray and Dom Inglot.

One to watch in Zone contests

In Zone Group competition, Russia has an array of talent at home against Belarus. Karen Khachanov, Daniil Medvedev and Andrey Rublev, all age 22 and under, are ranked between 25 and 71, and have all been ranked in the mid-30s and above. They should cruise to victory in Moscow—but more pertinently, watch out for this young squad as the Davis Cup transitions into its new iteration on the tennis stage.

NB Final is 23-25 November. Venue: If USA wins, it will play at home; If Croatia wins, it plays away to France or Spain; Winner between France and Spain plays at home to Croatia or away to USA.

Saturday, Benneteau and Mahut vs Granollers and Lopez

Saturday, Dodig and Pavic vs Bryan and Harrison