The 2018 Laver Cup is set to get under way in Chicago, with the likes of Roger Federer and Novak Djokovic in action for Team Europe 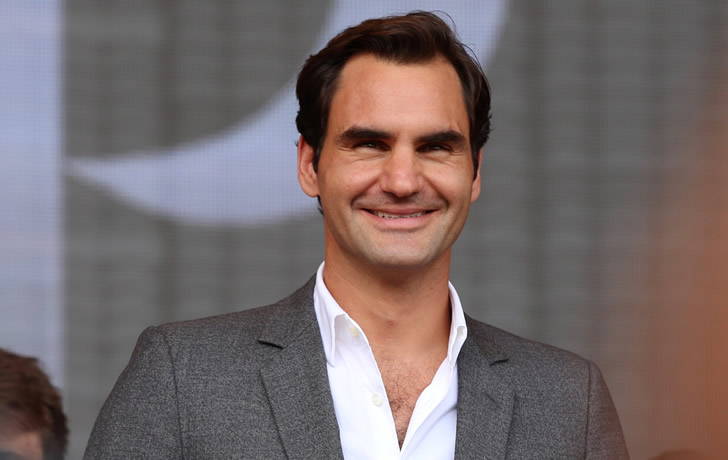 The setting is oh so different between the first playing of the Laver Cup in Prague and the second in Chicago.

Not just seven hours apart in time zones. And not just 4,500 miles apart as the crow flies. But against backdrops separated by around six centuries.

The launch in Prague’s Old Town Square set players and trophy against the city’s famous gothic skyline. This week, across the Atlantic on Team-World territory, the stainless steel waves of the Jay Pritzker Pavilion in Chicago’s Millennium Park proved to be a striking launch-pad for the presentation of some of the biggest stars in tennis.

The fans were there in plenty of time, the players were fashionably late. It transpired that Novak Djokovic had hosted a breakfast in aid of his Foundation the same morning. However, it must also have taken the dozen players and their captains some time to get booted and spurred, for they cut a dash.

Every one of them was turned out in shades of grey, from charcoal at one end of the spectrum to silver at the other—appropriately enough, that was ‘silver fox’ Bjorn Borg. And he looked, as always, cool, calm and collected: Little wonder with a stunning line-up of men favoured to defend Europe’s title.

Federer, whose brainchild the Laver Cup was, is back to lead the squad. And the Australian Open champion, who exchanged the No1 ranking with Rafael Nadal several times during 2018, will stand shoulder to shoulder with another of his fiercest rivals this time around—and arguably the form man of the moment, Djokovic.

Back up to No3 after returning from elbow injury for almost 12 months, Djokovic arrives in Chicago with the Wimbledon and US Open titles, plus the complete set of Masters after winning his first in Cincinnati.

That is not all for a European team that is going to take a lot of beating. World No5 Alexander Zverev and No7 Grigor Dimitrov make it four of the top seven ready to close ranks against the rest of the world—plus No11 David Goffin and No16 Kyle Edmund.

That Isner arrived here after welcoming his first child on Saturday, and Anderson is a graduate of Illinois University and married to a local, drew enthusiastic cheers.

Stir in two-time Major doubles champion, Jack Sock, Nick Kyrgios, the shorter but no less exciting package of No16 Diego Schwartzman, and the youthful fire-power of Frances Tiafoe, and Team World has singles and doubles fire-power aplenty.

Their captain, John McEnroe, was quick to praise his squad—and quick to have a dig at his opponents:

“We’ve got our hands full, but we’ve got some tremendous players who can take the racket out of their hands, in Kevin and John, and Diego is one of the greatest competitors ever on the tennis tour… We have some worthy opponents but they look very, dare I say, beatable.”

He added that he hoped to repeat his show-stopping doubles pairing with Nadal last year, by joining forces with Djokovic:

“Yes, I would like to play with Novak. I hope he feels the same way. We’re figuring it out as we speak…because we have a lot of singles guys on the team.”

Of course, the star of the show, and the inspiration for this gathering, was again the quiet centre of this tennis storm, Rod Laver. He may be 80, but that has not stopped perhaps the greatest of them all taking to the event like a duck to water.

He has been hugely touched by the gesture of his younger admirers, to the extent that he donated one of his own trophies to be melted into the striking new cup that bears his name.

He has taken his place alongside fellow stars and Laver Cup captains, John McEnroe and Borg. He has perched on stools in front of the media with Federer and Djokovic. And he will undoubtedly, as last year, sit in the front row for each and every match once the tournament begins.

This modest man, the only one ever to win two calendar Grand Slams, is not given to many words, but his face speaks volumes. He put it thus:

“For me, now seeing 12 of the best players of the world here in a three-day competition, has completely changed my life. I’m honoured to have my name associated with this event.”

For now, the formalities were done: Time for mayhem as each player took up a racket to launch a few tennis balls into the crowd. Time for more mayhem as the players crowded together for team selfies. And yet more frantic shoving and shouting as Federer and Djokovic reached down and swept their hands through the upraised arms of their admirers.

“We’re happy to have a team dinner tonight, it’s just good for team spirit always to spend extra time, talk about life, talk about what are the opportunities for the weekend. I enjoy the idea of being rivals throughout the year and coming together like this for a weekend. It’s an incredible thing.”

Many in Millennium Park today would not argue with that.

· Laver Cup will be staged annually two weeks after the US Open.