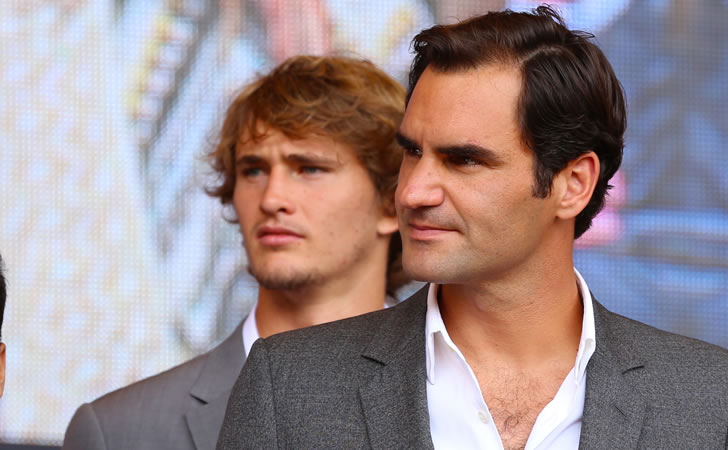 There may be a vast 12 years between Team Europe’s No5-ranked Alexander Zverev and Team World’s No10 ranked John Isner, but already they had history.

All five of their previous matches had come in Masters tournaments, and three of those matches had gone to three sets. And although the precocious German had won the first three of those meets, Isner won his very first Masters title against Zverev in Miami this year to break inside the top 10.

They were also two of the men who contested the first Laver Cup in Prague last year, and pulled out all the stops for their teams. Isner was edged in a tight singles by Dominic Thiem, but on the final day, he put his team back into contention with a doubles and a singles win, the latter against no less than Rafael Nadal.

Zverev, who was only 20 at the time, showed enormous composure and maturity in the illustrious company of Nadal and his idol Roger Federer. Mind you, he was already a two-time Masters champion and on his way to qualifying for the ATP Finals in London. He belonged, and he knew it.

He was also a significant part of Europe’s victory: He won both his singles matches in straight sets.

There were parallels with the second match of the day between world No2 Roger Federer and No27 Nick Kyrgios.

Again, both had been key members of their squad, Federer the father figure/brainchild of the event, Kyrgios cheerleader-in-charge of the Red team’s complex, entertaining celebrations.

Each also came into the deciding match of the tournament with a doubles and singles win, and would face each other with the title, literally, at stake.

It would be an appropriate climax to the weekend, with Federer coming back from a set down, denying Kyrgios match point, winning 4-6, 7-6 (6), 11-9, and leaving the Aussie in a distraught heap on the court.

But there was more to this match-up, much more. On the main tennis tour, Kyrgios had given Federer a lot of trouble in their former matches. The youngster—and he is a full 14 years younger than Federer—beat the Swiss, 6-7(2), 7-6(5), 7-6(12) in their first meet, in the Madrid Masters, and Federer reversed the score in Miami last year, 7-6(9), 6-7(9), 7-6(5). Not enough? It was another final-set tie-break that decided the outcome in Stuttgart this year—to Federer—and this background set up their contest in Chicago wonderfully well.

First, though, it was Zverev and Isner, and the young German looked as though his Laver Cup clean slate was in danger as Isner produced crisp, power tennis to break through the defences. Zverev began nervously, double faulting for a quick break, and he never made up the early 3-0 deficit. Isner aced to take the set, 6-3.

The second set saw increasingly animated team benches encourage their man through longer, tougher rallies all the way to a tiebreak. Isner ate away at a 2-4 deficit to earn match point, but Zverev held both his serves, helped by a dreadful smash into the net by the big American. Zverev pulled off a cracking backhand return of serve winner and had the set, 7-6(6).

The United Center went into overdrive, and even the match-ready Federer reappeared from the locker room to support courtside. It was worth it: Zverev, again showing just what a quality player he is, taking a 4-0 lead, withstanding a couple of massive Isner aces, and finding another backhand winner for the match, 10-7. It had been a roller-coaster ride, and he bounded to his bench to join the celebrations.

Zverev summed it up, “Yes it was intense. It was a very special moment.”

Even the cool, laid-back Bjorn Borg cracked a grin and a fist-pump. Yes, it was that special.

It was going to be tough for the second match to equal the drama and intensity, but the Federer-Kyrgios exchange pleased for an entirely different reason. Federer turned it on with a vengeance to sweep aside Kyrgios in a crowd-pleasing display of serving and volley finishes, backhand passes, touch drops, while he scampered around the court as though he was Kyrgios’s age.

Perhaps it came down to just how quickly each man could refocus on the matter in hand after throwing their enthusiasm at the previous match. And Federer is the master of channelling the emotions. He walked onto court just minutes later with his game face firmly in place.

Kyrgios arrived without his racket bag—someone retrieved it for him—and to make matters worse, he lost the coin toss. So Federer opened with a volley winner, and held with ease. He quickly picked up some super-quick serves from Kyrgios—one at 141mph—such that the Aussie made only three aces in the match.

Federer’s team stood as one with each winner, threw in a few balletic imitations of his movement, but aside from some fist-pumping in their direction, the Swiss cracked not a smile: This was business, and he would not be distracted.

He broke with a flourish, a backhand pass, 3-1, and made another when challenged at deuce in the fifth game. He served out the set, 6-3, via a masterly touch volley that drew a smile of approval from Rod Laver.

The second set began with a forehand winner to break to love, and then another break for 4-1. It raced away, now with Federer stepping in to receive serve, now striding metres back to balloon a return. Either way, he could do little wrong: The match was done in 65 minutes, 6-2, and took Europe 7-1 ahead.

His Europe colleagues conducted their celebrations to suggest ‘a maestro’, and Federer himself was surprised by his form:

“I felt good from the beginning of the match and that’s not usual. Usually you need matches to get going and play your best in the third round or quarters of a tournament. Today, just from the beginning, it was great. I played to my game plan, had wonderful support from my team, and you guys. I really enjoyed myself.”

He went on to analyse, in his typical straight-forward fashion, what he had done right.

“I think maybe playing the doubles yesterday helped. I had a good training week. I have been now in the States for almost two months, so I think I didn’t fight with jet lag… And then I think I had a clear game plan and just had the feeling like I was making a lot of returns against Nick. And from the baseline I was calm, composed, knew when to attack, when to wait. I was moving my feet very well. I think there you have it.”

It was a pretty good summary, leaving out only the style with which he put all that together. Perhaps maestro was about right.

Laver Cup 2018: Federer and Djokovic embrace doubles and one other: ‘Respect is there and will be forever’