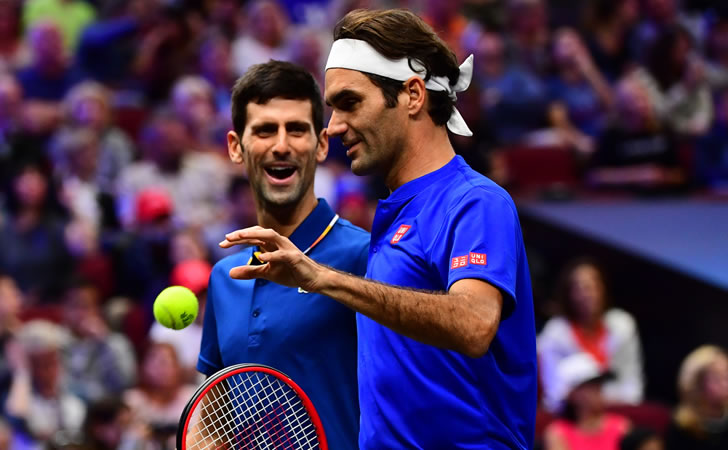 Team World pulled out all the stops on Saturday night to close the 7-1 lead that Team Europe had built up during the second day of play at the Laver Cup in Chicago.

In particular, the Chicago-based and -married Kevin Anderson, who made his second Major final in July before losing out to Novak Djokovic at Wimbledon, got a modicum of revenge over the 14-time Major champion in a thrilling singles victory, 7-6(5) 5-7 10-6.

With a victory from Jack Sock and Nick Kyrgios over David Goffin and Grigor Dimitrov in the doubles, a six-point deficit was reduced to two, 7-5.

And that meant the boys in Blue from Europe had to win two of the remaining four matches on the final day.

Step up to the plate to try and do it in quick order is the brains behind the entire event, and the declared idol of some of the elite players in his team—Zverev, Goffin, Dimitrov. Roger Federer, after losing his first doubles match on Friday with Djokovic, swept through a singles victory over Kyrgios on Saturday, and now will open in doubles with Zverev. Not only that, he immediately takes on John Isner in the next singles. Confident? Foolhardy? Eager to get home? Perhaps a combination of all three, but certainly leadership writ large.

With three points for a win on this final day, if Federer is successful in both matches, Team Europe will get to the required tournament-winning 13 points.

It certainly will not be easy: They play arguably the best doubles player on the tour at the moment, Wimbledon and US Open doubles champion Sock, with the big-serving Isner.

Then Federer and Isner return for the singles that could determine the trophy. Should the contest still be alive, Zverev will play Anderson, and if the title is still up for grabs, the tournament will conclude with Djokovic against Kyrgios.

Hold onto your hats: It could be roller-coaster day.

Schedule (each match worth three points)

Laver Cup 2018: Roger Federer lays it on the line in back-to-back battles; saves match-points to down Isner