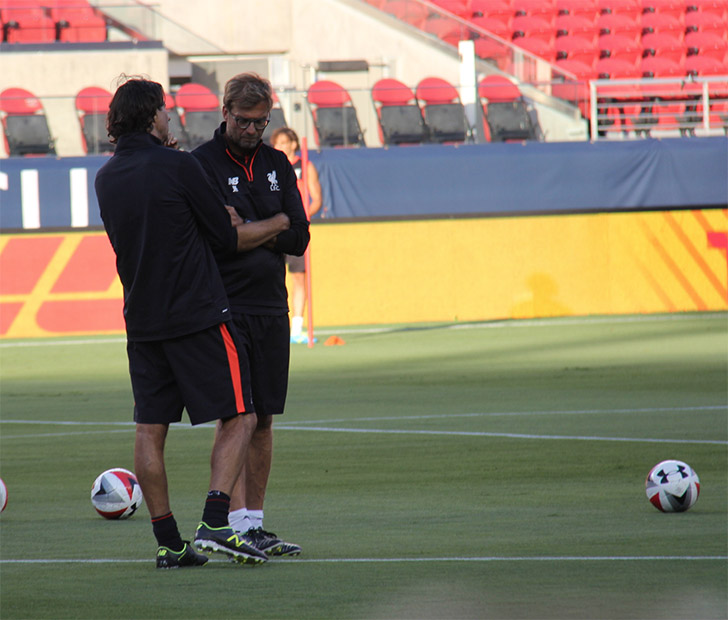 The Reds duo started on either side of the Liverpool FC defence as Jurgen Klopp persisted with Virgil van Dijk and Joe Gomez at the heart of his back four.

Alexander-Arnold and Robertson were handed different tasks for the Champions League opener as Liverpool FC looked to make a winning start to a difficult group.

The English teenager was afforded plenty of space to roam on the right wing to support Liverpool FC’s relentless attacks as Neymar neglected his defensive commitments.

Robertson, on the other hand, was given the responsibility of marking World Cup winner Kylian Mbappe for much of the European tie at Anfield.

While the Scotland international spent a large portion of the Champions League clash on the back foot, Robertson did provide the assist for Daniel Sturridge’s opener.

Former Liverpool FC defender Riise, who spent seven seasons at the Merseyside outfit, heaped praise on Alexander-Arnold and Robertson for their performances.

“Both Liverpool full-backs were fantastic, their crossing was superb,” Riise told BT Sport.

“There was so much space and the delivery from Robertson to Sturridge was unbelievable.”

Liverpool FC will welcome Southampton to Anfield in their next Premier League clash on Saturday afternoon.

The Reds are in second place in the Premier League table.