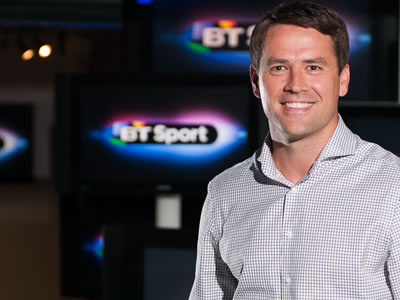 Michael Owen is backing Manchester City to ease to resounding win over Lyon in their Champions League opener at The Etihad on Wednesday night.

The defending Premier League champions will start this season’s European adventure with a home clash against Ligue 1 side Lyon.

The Citizens have made an unbeaten start to the Premier League season following four victories and one stalemate.

The Premier League title holders were 3-0 winners against promoted side Fulham at the Etihad Stadium to keep the pressure on Chelsea FC and Liverpool FC.

Lyon, meanwhile, dropped points in a 2-2 draw with Caen and have lost two of their opening five games in Ligue 1.

“City have reached the knockout stages of the competition for the last five seasons and many believe this will be their year to win the ultimate club prize,” Owen told BetVictor.

“Pep Guardiola has reached the semi-finals seven times in the last nine campaigns but has not reached the final since 2011.

“Lyon were too good for Everton in the Europa League last season, but they are likely to find City a different proposition at the Etihad. I can’t see past another emphatic City home win.”

Manchester City dropped points in a 1-1 draw with promoted side Wolverhampton Wanderers to lose ground on their title rivals Chelsea FC and Liverpool FC.

Pep Guardiola’s side are looking to win the Champions League for the first time in their history after a series of disappointments under Roberto Mancini and Manuel Pellegrini.