Memphis Depay opens up about his disappointing spell at Manchester United 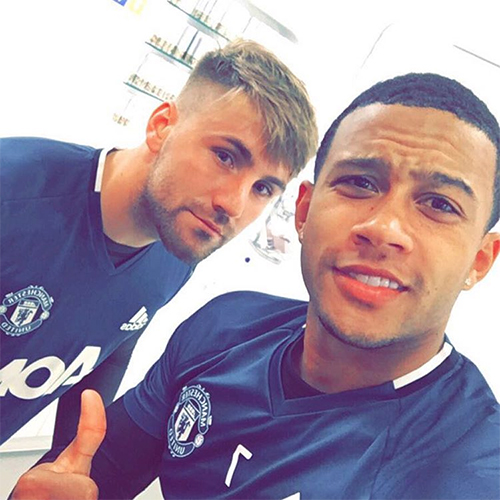 Memphis Depay has insisted that he has no regrets about leaving Manchester United after his difficult spell at Old Trafford.

The Netherlands attacker signed for the Red Devils under Louis van Gaal back in 2015 but struggled during his 19 months at the Premier League club.

Depay only managed to score seven goals and make six assists in 53 appearances for the Red Devils and he was eventually sold to Lyon in the January transfer window back in 2017.

The 24-year-old has been in better form for the French club and has scored 28 times in 74 appearances for the Ligue 1 outfit.

And Depay has insisted that he is proud of the improvements he has made since his move away from Manchester United last January.

Speaking in an interview quoted by Sky Sports, Depay said: “Everybody knows the story of me and Manchester United was not successful and I’m just happy that I’m the player I am today.

“I can look back and say I didn’t want it to go like that – nobody wanted that – things happened and I became a much better player. I can feel it in the games, I mean everybody can see it I think as well.

“After one season, I couldn’t find myself in the team. I was still young, didn’t get a lot of opportunities, but I must say that the first season I didn’t put the quality on the table that I thought.”

Meanwhile, Manchester United will now switch their focus back towards Premier League affairs and their home clash against Wolves on Saturday afternoon.

The Red Devils are aiming to make it three wins in a row in the Premier League for the first time this season after their stuttering start to the new campaign under Jose Mourinho.

Manchester United have not won the Premier League since their final triumph under Sir Alex Ferguson back in 2013.