Kevin Anderson and Juan Martin del Potro in the mix for Sportsmanship Award, while Kyle Edmund and Stefanos Tsitsipas feature in Most Improved shortlist 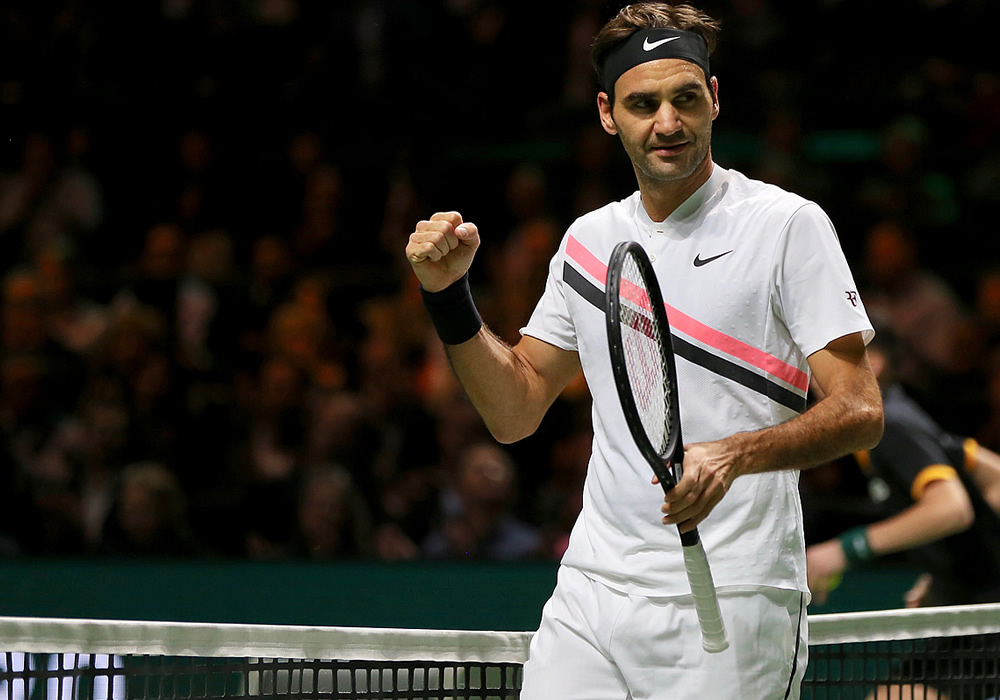 This time last year, the end-of-year No1 ranking was a toss-up between the two most prolific winners of ATP Awards since they were introduced in the 1970s: Rafael Nadal and Roger Federer.

Both men had come back from injury and long absences in 2016 to dominate the 2017 season, and top the ranks at No1 and 2.

In the event, Nadal carried off the No1 Player of the Year gong, his ninth ATP award, while Federer would pick up the Comeback Player trophy—he had risen from No17 at the start of the year—plus a 15th Fans’ Favourite award and a 13th Stefan Edberg Sportsmanship award: a record tally of 36 trophies.

This year, the two men who vied for the No1 ranking through the early months of 2018 and picked up a Major each, are again in the frame, not just as nominees in the Sportsmanship category and as likely contenders for the Fans’ Favourite gong, but still in reach of the No1 Award.

But this year, it is their biggest rival, Novak Djokovic, who is primed and ready to dominate proceedings after his own stunning comeback from injury and a ranking of 22 as recently as May. He went on to win Wimbledon, the US Open, complete the Masters set with victory in Cincinnati and, just last week, won the Shanghai Masters.

Now he is just 35 points behind Nadal in the Race to London, so it is little wonder that he is among four nominees for the Comeback Player award—and is surely hot favourite to win both that and to return to No1 by the year’s end.

Should he win the latter award, he would equal Federer’s five, which is just one short of Peter Sampras’s record six. Nadal, it so happens, also has four: He too is therefore primed to match Federer. As for the Swiss, he has fallen off the pace through the latter part of 2018, so it would take a mammoth effort—probably the titles in Basel, the Paris Masters and the World Tour Finals—to regain the No1 ranking he held for six weeks earlier in the year.

Among the younger players in the frame to capture awards in the Most Improved category are Briton Kyle Edmund, who has reached a career-high No14 after making his first final in Marrakech and his first Major semi-final at the Australian Open. He also put in a strong Asian surge with the semis in Beijing and quarters at the Shanghai Masters, and even has an outside chance of reaching the London finale—though that would demand title runs in Antwerp through to the Paris Masters.

In this category, however, the favourite is probably the charismatic young Greek, Stefanos Tsitsipas, who has risen from 91 to a career-high 15. Still just 20 years old, he made the finals of the Barcelona 500 and the Toronto Masters—losing to Nadal on both occasions—plus the semis in Estoril and Washington.

The talented 19-year-old Australian, Alex de Minaur has been rewarded for a breakthrough season with two nominations. He joins Edmund in the Most Improved category, but also qualifies for Newcomer of the Year category. For that, a player has to be 21 and under by the year-end (ie eligible for the #NextGen Finals in Milan) and have broken into the top 100.

Singles: any player in top 100 as at 10 September—includes player with protected raking who have played at least one tour-level match in 2018

[NB Shortlists of nominees are voted by international tennis writers]

Newcomer of the Year: The #NextGenATP player who entered the top 100 for the first time in 2018 (as of 15 October) and made the biggest impact on the ATP World Tour this season.

Dennis Bergkamp: What I think of Mikel Arteta at Arsenal