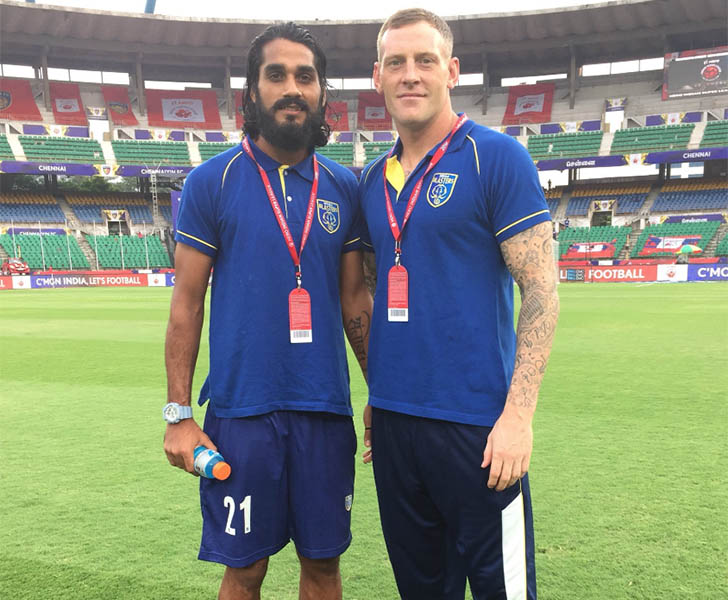 Former Arsenal goalkeeper Graham Stack says he is happy to be back in the British game, despite enjoying what he describes as the best time in his career in the Indian Super League.

Stack enjoyed a brief stint as player/coach with Kerala Blasters back in 2016, helping the club reach the final of the ISL play-offs.

Managed by ex-Reading boss Steve Coppell, who Stack previously played under, Kerala had finishedbottom of the table the previous year.

Coppell guided Kerala to second in the standings, just one point behind Mumbai City. The defeated Delhi Dynamos on penalties in the play-off semi- finals, but were beaten in a shoot-out against Atletico de Kolkata in the final.

Despite the defeat, Stack told Betway that the memories of his time in India will live with him forever.

“It would have been a fairy tale (to win),” he said. “But it was about more than winning the trophy. It was about everything that came with it.

“It wasn’t until you started putting a few things down on paper on the plane on the way home that you think: ‘Blimey, what an experience’.

“What I experienced off the pitch with that group of players will always mean more to me than what happened on it.

“It surpassed all my expectations.”

Stack returned to England and signed for National League side Eastleigh, but he retired from playing in September to join Watford’s backroom staff.

The 37-year-old has been appointed head of academy goalkeeping at Vicarage Road and is tasked with overseeing the development of goalkeepers in the Premier League club’s youth set-up.

With over 300 career games under his belt, Stack believes that it was the right time to make the move into the coaching ranks and pass on his expertise.

“I was out of contract in the summer and wondering how long am I going to be able to keep churning out one season after another,” he added.

“And then, before you know it, you maybe get a little niggle and miss a few months. You’re not as desirable once you get to 37, 38. The salaries start to come down.

“I don’t want to end up scratching around for a club and not being paid over the summer, as has happened before. It’s a real nightmare.

“I’ll miss it, big time, but I think there comes a time where you’ve just got to do what’s right. There’s more stability now for the family.”