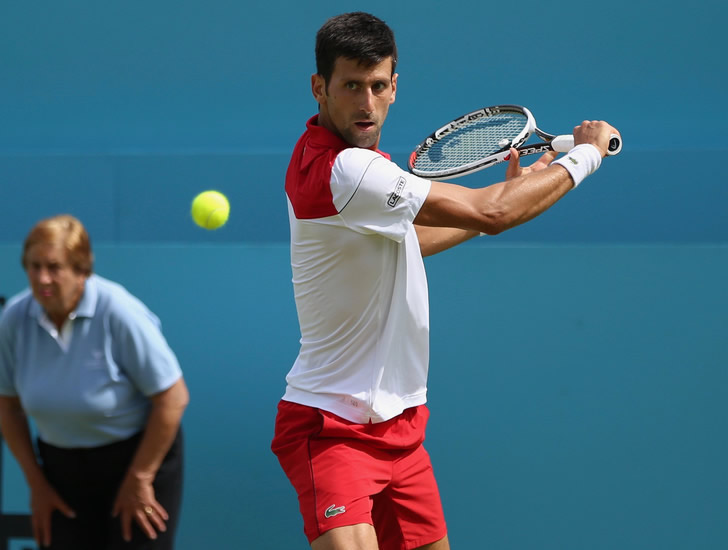 Roger Federer and Novak Djokovic will be the headline acts in China when the Shanghai Rolex Masters starts next week.

The Swiss number one arrived in Shanghai on Thursday with his wife Mirka and four children ahead of his participation in the Masters event.

Having established itself as one of the biggest tournament in tennis, Shanghai has managed to attract big names such as Djokovic and Federer, who are heading the tennis odds for the Masters event.

The 20-time Grand Slam winner is the defending champion in Shanghai after the 37-year-old beat his nemesis Rafael Nadal in straight sets to lift the trophy last year.

Federer’s triumph over the clay court specialist was his first title in Shanghai since 2014 when the veteran star beat France’s Gilles Simon in straight sets.

Djokovic and Andy Murray have both enjoyed great success in Shanghai since Russia’s Nikolay Davydenko beat Nadal in the tournament’s first year back in 2009.

Djokovic has enjoyed a resurgence in 2018 after he beat Kevin Anderson in straight sets to win the Wimbledon crown before a three-set victory over Del Potro in the US Open final.

Given his brilliant form at Flushing Meadows in August, 31-year-old Djokovic is the favourite to win the ATP Maters event for a record fourth time next week.

However, Novak hasn’t won the tournament since 2015 when the 14-time Major winner beat Tsonga in straight sets.

Murray had been hoping that Shanghai would continue to be kind to him after the former British number one experienced a particularly gruelling year to ask questions about his future in the sport.

The 31-year-old lost 6-4 6-4 to Fernando Verdasco in the Shenzen Open earlier this week almost a month after the Spanish 31st seed beat Murray in four sets in round two of the US Open.

The Scot, perhaps fearful of another meeting with Verdasco in Shanghai, decided to end what has been a disappointing calendar year ahead of the China Open.

Andy has pedigree in Shanghai after winning the ATP Masters tournament on three previous occasions to tie Djokovic.

However, other contenders to upset Djokovic and Ferderer could be Wimbledon runner up Anderson and promising world number five Alexander Zverev.

The dangers of weight cutting in combat sports