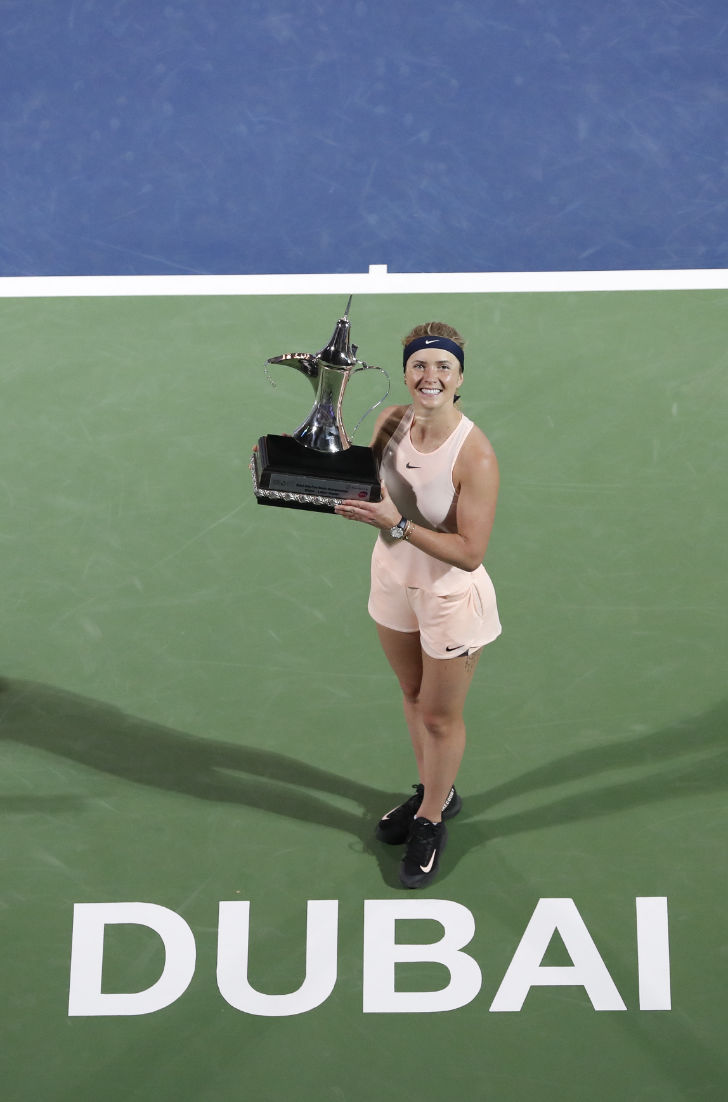 · Simona Halep races against time to heal back injury

The Women’s Tennis Association has confirmed that Karolina Pliskova and Elina Svitolina have qualified for the 2018 BNP Paribas WTA Finals Singapore presented by SC Global.

“We are excited to have Karolina and Elina once again qualify to be in Singapore to complete an outstanding field for the 2018 WTA Finals.

“Singapore will be an exciting week for women’s tennis, as the top eight singles players and doubles teams are ready to compete for this prestigious title while celebrating an amazing five-year legacy in this wonderful city.”

The tournament moves to Shenzhen, China in 2019 for the next 10 years.

Pliskova’s loss to former world No2 Vera Zvonareva at the Kremlin Cup in Moscow means that Svitolina, who opted not to play this week, clinched the seventh place, but Pliskova retained her eighth spot when challenger Bertens also lost in the second round.

Pliskova won two titles this season, in Stuttgart and in Tokyo. She reached her third final of 2018 at the Tianjin Open, and advanced to the semi-final stage in Brisbane and at the prestigious Madrid Open. Back-to-back quarter-finals in Indian Wells and Miami, plus quarter runs at the Australian and US Opens, capped a good year for the woman who briefly held the No1 ranking last summer.

The tall Czech will make her third consecutive appearance at the WTA Finals, where she reached the semis in 2017 before being halted by eventual champion Wozniacki.

“I’m delighted to be appearing at the WTA Finals for the third time. I have such great memories from playing in Singapore in 2016 and 2017, and I can’t wait to close out the year competing against the other elite players of 2018.”

Svitolina has posted a perfect 3-0 record in finals this season, lifting the trophies in Brisbane and defending her titles in Dubai and Rome.

The Ukrainian also reached the quarter-final stage at the Australian Open and Miami, and the semis at the Rogers Cup in Montreal.

In her first appearance at the WTA Finals last year, the 24-year-old went 1-2 in the group stage, scoring a straight-sets win over Simona Halep.

“I’m excited to qualify for the WTA Finals for my second time. Making it to Singapore is my goal every year so I’m happy to return and be part of the top eight players.”

World No1 Halep herself, who has not got past the round-robin phases in her last three appearances in Singapore, carries an injury concern ahead of this year’s tournament.

After a fine first half of the season, she lost in the first-round of the US Open, and carried a back injury ahead of her opening loss at the Wuhan Open. She was then forced to retire in the first round in Beijing, revealing that she had a herniated disc in her back.

This week, after optimistic signs that she was on the mend, she also withdrew from the Kremlin Cup, saying on Twitter:

“I really wanted to play here in Moscow, but unfortunately my back is still causing me pain and I don’t want to take any unnecessary risks. While it’s disappointing to withdraw, I know it’s important to put my health first.”

Which only goes to show the value of the ‘alternate’ places in the overall Singapore scenario.

*NB Simona Halep has since withdrawn from the WTA Finals, and is replaced at No8 Kiki Bertens. Two ‘alternates’ are still to be determined by results in Moscow.