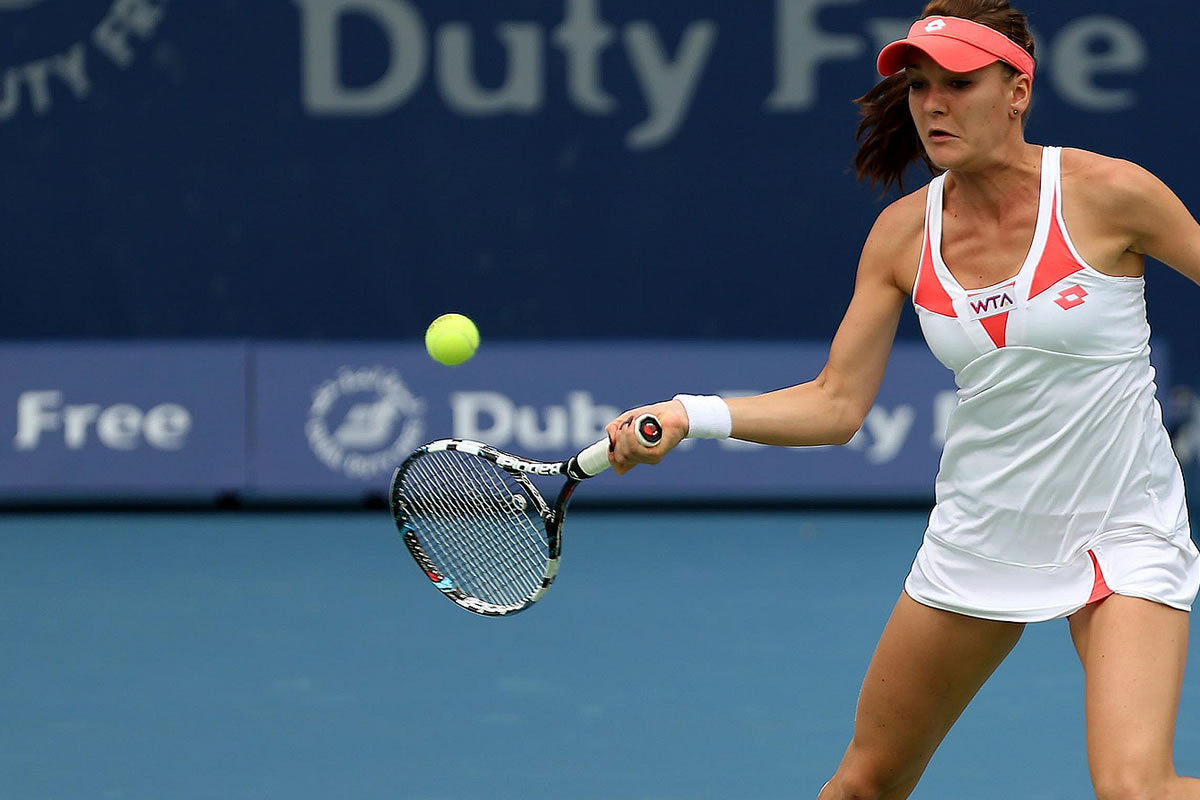 One of the most popular women on the tennis tour, Agnieszka Radwanska, has announced her retirement from the sport she has graced since winning her first title as a teenager in Stockholm 11 years ago.

Still only 29 years old, the Polish woman went on to win 20 titles and reach eight more finals—including her one Major final at Wimbledon in 2012 which took her to No2 in the rankings—but she had been increasingly dogged by injury over the last couple of seasons.

Radwanska was the first Polish player, man or woman, to reach a Major singles final in the Open Era, and the first to win the WTA Finals, which she did in 2015.

She stood out from the crowd for her nimble, highly intelligent game and footwork, a slender figure who had, by her own admission, to compensate for lack of strength with tactical nous, speed and variety. Often dubbed ‘the magician’, she was voted the WTA Fan Favourite for six consecutive years.

But it was an arduous way to win matches, and the stresses and strains have finally taken the toll on her career. In a statement, she said:

“I’d like to share with you one of the most important decisions of my life. Today, after 13 years of playing tennis competitively, I have decided to end my career.

“This was not an easy decision. I am grateful to have so many special memories, including 20 WTA titles, the WTA Championships in Singapore, a Wimbledon final, and so many others.

“Unfortunately, I am no longer able to train and play the way I used to, and recently my body can’t live up to my expectations. Taking into consideration my health and the heavy burdens of professional tennis, I have to concede that I’m not able to push my body to the limits required.”

She went on to give some hope that she will still a presence in the sport:

“I’m hanging the racket up and say goodbye to the pro tour, but I’m not leaving tennis. Tennis is and always has been special in my life. But now it’s time for new challenges, new ideas, equally as exciting as those on the tennis court, I hope.

“Throughout my career, I always did my best to represent my country in the best possible way. I hope that my tennis matches were the source of emotions and joy for you all. Your support, warm words and faith in me were with me in every single match I played and this is what I’m thankful for.

“Thank you for every sleepless night in front of the TV and all those Fan Favourite awards—that was the biggest honour and best reward for my hard work. I am truly grateful for having the best and most loyal fans in all of tennis.”

Indeed, she played 53 rubbers for Poland in Fed Cup, winning 34 in singles and eight in doubles, her country’s most prolific player.

As well as making the final of Wimbledon, she reached four more Major semi-finals and

seven further quarter-finals. She particularly shone in Asia, winning the prestigious Premier Mandatory in Beijing twice, and five more of her titles came in the Far East.

“Congratulations to Agnieszka on an outstanding career. She embodies the qualities that make a true champion, on the court delivering world class performances and incredible displays of athleticism, and off the court with her poise, professionalism and support for her fellow players.

“Agnieszka leaves a legacy on the game across the globe and on behalf of the WTA, she will truly be missed.”

Novak Djokovic, asked for his thoughts on her retirement, summed it up:

“I remember her, as I think many of us in tennis, as one of the smartest women’s tennis players that I have seen. Great variety. Doesn’t have any big weapons in the game—strong shots maybe like Serena with serve and forehand.

“She just anticipated so well the play of her opponents. She absorbed the speed of the ball so well. She had slice and drop-shots in her game, which you don’t see that very often. That’s why she was so successful.

“I wish her really all the best in any future endeavours that she has in her life.”