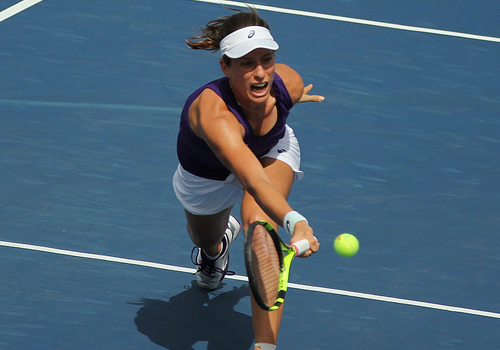 Starwing Sports has announced the signing of British women’s No1 Johanna Konta to its agency.

“I am excited to start a collaboration with StarWing Sports Management. With

many years of experience in the business managing and building players’

careers, I believe I’m in very capable hands… The way they work is very unique compared to the rest of the industry, and I’m excited to build a long-lasting relationship with them in years to come.”

Konta also announced, a few weeks ago, that she had parted company with her coach of less than a year’s standing, Michael Joyce, after a season in which she has struggled to match the huge strides she took in 2017.

Last year, the Briton won her first Premier Mandatory title in Miami and reached the Wimbledon semi-finals to hit a career-high No4 in the rankings. She missed out on the WTA Finals in Singapore by one place

She started 2018 at No9, and scored a handful of top-30 wins in the early months of season over the likes of Madison Keys, Carla Suarez Navarro, and Elise Mertens, before reaching her first—and what would be her only—final of the year in Nottingham.

Her ranking fell sharply after a second-round loss at Wimbledon, and while she had a couple of good wins in Montreal over Jelena Ostapenko and Victoria Azarenka, she would win only two more matches until her last tournament of the year in Moscow.

At the Kremlin Cup, and unseeded, Konta negotiated a tricky draw to reach the semis, giving her a late boost from 44 to No38 in the rankings.

Joyce was her third coach in three years, and she is looking to have a new coach in place before the 2019 season begins, as she will hope to make a strong start in what has, in the past, been a good phase of the calendar. She reached the semis of the Australian Open in 2016 and the quarters in 2017, when she also won the Sydney title.

According to BBC Sport, Konta worked with the former coach of both Wawrinka and Timea Bacsinszky, Dimitri Zavialoff, on a trial basis during her Moscow run.