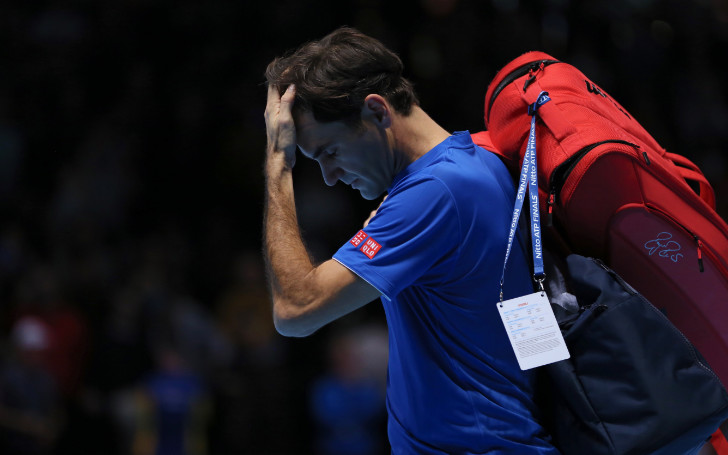 For the third tournament in a row, the world No3 Roger Federer and No9 Kei Nishikori, would lock horns on one of tennis’s biggest stages.

Based on their two recent contests, both in quarter-finals, both in Masters, both in October, Federer was the favourite to come through. He had beaten the Japanese star in straight sets on both occasions, but those results hid tighter underlying contests.

Now they were drawn in the same round-robin groups at the Nitto ATP Finals, and would play the first singles night match of the tournament. That too did not bode especially well for Nishikori, for it would be their third meet in London, and Federer had won both of those as well.

And there is no denying that, over the years, Federer has made this venue, this tournament, his home.

He has missed only one year-end finale since 2002, and that after the knee surgery he underwent in 2016.

Of those appearances, he has won the title a record six time and played in a record 10 finals. He has, not surprisingly, notched up more match-wins, 55, and his percentage win rate has been bettered only by Ilie Nastase, but then the Romanian won only 22 matches.

So following a stunning return to the tour by Federer after that long 2016 absence to win three Majors and, earlier this year, reclaim the No1 ranking, it was hard to see him losing to Nishikori for the first time since 2014.

That said, Federer’s form since the spring had not been at its peak, while Nishikori’s trajectory was a rising one after his own battles with injury: The Japanese man did not play the Australian swing at all due to wrist problem.

He was ranked 39 in April, his lowest in seven years, but he qualified for London at the last minute. Looking at his last few months’ results, it was easy to see why: The semis of the US Open and Metz, finals in Tokyo and Vienna, quarters in Shanghai and Paris.

For Federer in particular, though, there was something preying on his mind, almost since he got back to No1 in Rotterdam. He had been closing on 100 titles, made it 98 in Stuttgart, 99 in Basel, and now had the chance to make it 100 at a suitably climatic event. Could his No7 make it No100 as well?

First things first, the always tricky Nishikori. The Japanese man was expecting a tough match after the level at which he had played in their previous two encounters:

“It’s amazing how Roger is still playing well. He’s one of the toughest opponents on the tour. While he’s not playing as much as he used to, it’s amazing how he’s so physically fit… So I have to make adjustments… I have to play 100 per cent.”

In the event, he did not have to play 100 percent because Federer played far below his expected level almost from the first.

It began a well enough for a few games, though both showed signs of tension and struggled to place their first serves. Neither set the world alight, but neither could work a break point chance. It had the feeling of a stalemate where each offered up chances to the other but neither could capitalise. 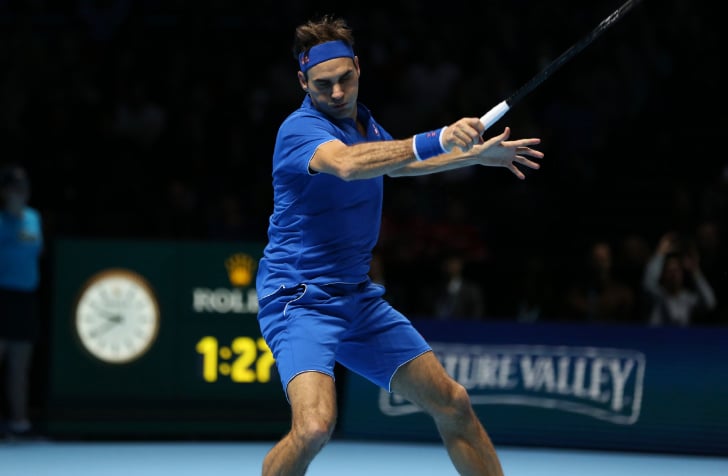 Federer grew ever more frustrated, punted a ball into the air, and was given a code violation for his trouble. By the time they reached the tie-break, he had made 12 winners but 20 errors, Nishikori just three winners and 13 errors. But on balance, Federer seemed to have the edge.

However, his focus fell apart as Nishikori began to attack the net, and opened a 6-1 lead. Federer closed it to 4-6, but the cause was lost for the Swiss, 7-6(4) to Nishikori.

The second set seemed to see Federer right the ship, though his opening break of serve was as much down to Nishikori’s serving as Federer’s quality.

Federer then played a dreadful service game, errors and serving all awry, and sure enough, Nishikori broke straight back. Federer became increasingly irritable with the umpire, who did not see a request for Hawkeye from the Swiss, and then denied it. That Federer failed to convert another break chance did not help his mood, and there was an exchange of words—a difference of opinion, it was clear, between umpire and player.

Now Federer’s timing went to pieces, he hit long, he mis-read Nishikori’s play, and was broken in the sixth game. Nishikori was still not playing to his own high level, but his kick second serve drew dividends, and he kept the ball low, spinning and tricky to handle. It worked.

Federer held for 3-5 but Nishikori served out an unexpected win, 6-4, in under an hour and half.

A measure of what a shock it was came in the shape of one significant statistic. Federer had never lost a round-robin match in straight sets before—in 15 previous appearances each comprising three round-robin matches.

The numbers spoke for themselves: 19 winners for 34 errors, and first serving at just over 50 percent—and Nishikori’s were not much better: six winners, 22 errors, 53 percent.

Federer was so agitated that he was into press before Nishikori was off court, and admitted straight away that it had been a less-than-good match all round.

“Well, I felt we both struggled throughout the first set. You could tell it was a first round. I had my chances maybe a bit more than he did, then I started to feel better in the second set. I think we both did. The level went up.”

He clearly had not looked at the stats sheets.

And of his erratic performance, he explained:

“I mean, look, I think it plays different or it’s definitely slower than I think the last three tournaments that I’ve played. So I think everybody’s making a minor adjustment. So am I. It’s OK now that the first match is out of the way.

“I’ve been feeling fine. It’s just that practice has been a bit all over the place. Practised in Queen’s, practised on the outside courts here, then centre as well. So it’s not always exactly the same conditions. Overall I thought I’m hitting the ball OK.”

Again, perhaps he needed to watch a replay of the match, reflect, start over. He will need to, and quickly. He has Dominic Thiem next, and finally Kevin Anderson, who played such a fine match against Thiem this afternoon.

Federer did concede as much before heading for the door:

“I haven’t thought about the [Thiem] match, to be honest. I haven’t had enough time. I wasn’t even thinking who I’m going to play next. I just know I need to do better than today. That’s pretty much it.”

Nishikori will have to up his level too, if he is beat Anderson. But for now, he was a happy man who had come through the six-time champion plus overwhelming support for his opponent. He admitted:

“The first match of a tournament is never easy, we were both playing a little bit out, especially in the first set, but I think I played the second set better.

“I had to change something against him, I lost twice against him in two months. I played good tennis, using the forehand more and more aggressively, and it came together in the second set.”

For now, though, Federer’s hopes of claiming No100 in London are hanging by a rather slender thread.