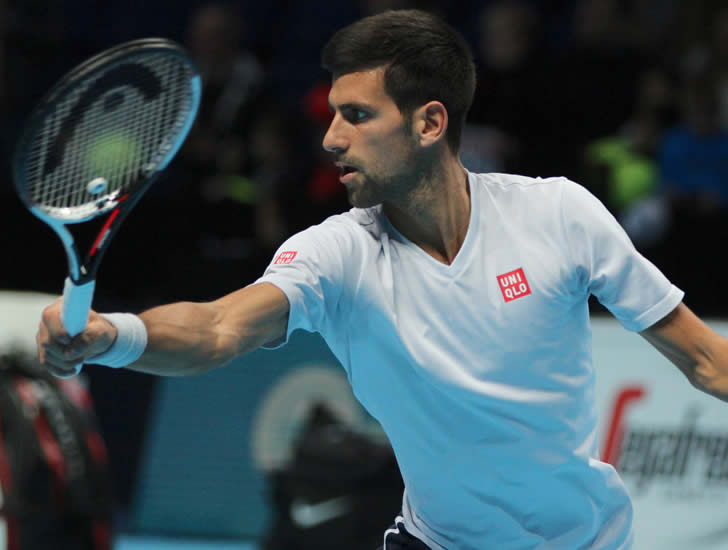 Novak Djokovic will start his pursuit of a sixth ATP Finals crown at The O2 in London next week.

The Serbian is set to end the calendar year as the world number one for the fifth time after Rafael Nadal confirmed his withdrawal from the end-season tournament.

Indeed, Nadal will miss the London tournament for the seventh time, with American John Isner set to replace the world number two in the eight-man field for the Nitto ATP Finals.

His withdrawal hardly comes as a surprise after Nadal pulled out of the Paris Masters last week to end 2018 in underwhelming style.

Djokovic sits at the top of the ATP betting odds pile as the clear favourite to win the ATP Finals for a sixth time.

The 31-year-old has enjoyed a resurgence this year after Djokovic won Wimbledon and US Open titles to take his tally to 14 Grand Slams.

He will face Nadal’s replacement Isner in Group A as well as Croatia’s Marin Cilic but starts with a match against Germany’s impressive Alexander Zverev.

Djokovic has beaten Roger Federer three times in the English capital to win the ATP Finals crown, while also beating Nikolay Davydenko and Rafael Nadal on one ocassion.

Britain’s Andy Murray is the only player to have beaten Djokovic in an ATP Finals showpiece when the two-time Wimbledon champion edged to a 6-3, 6-4 win over the Serbian in 2016.

Federer is the second favourite to get his hands on the trophy in 12 days’ time as the 20-time Major winner looks to win the ATP Finals for the first time since 2011.

While Federer has won the end of season tournament a record six times, the Swiss player has only won the title twice since the competition move to London in 2009.

With his record on the line and having lost three times to the current world number one in the final of the tournament, Federer will need no motivation to stop Djokovic next week.

Zverev is the third favourite and will start the tournament with a match against the Serbian.

The German won his first Masters 1000 title on clay against Djokovic in the 2017 Internazionali BNL d’Italia final in Rome. He has added two more ATP 1000 titles to his trophy cabinet since that breakthrough win.

Cilic is ranked as fourth favourite to win the Nitto ATP Finals following a positive 2018 that saw the Croatian beat Djokovic in Queen’s this year.