The world number one eases to a 6-2, 6-2 victory over South African Kevin Anderson on Saturday evening 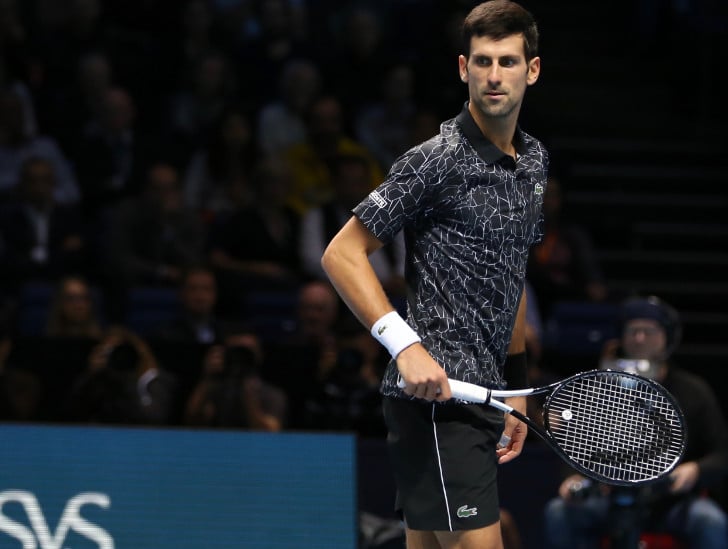 He had become the favourite to win a sixth title at the Nitto ATP Finals weeks ago. For the run of Novak Djokovic since his return after months of elbow problems and then consequent surgery following the Australian Open, had become, and was continuing to be, one of the tennis stories of the year.

No surprise, either, that when it came to the Player of the Year Award in this year’s ATP World Tour Awards, Djokovic’s stunning run from the Rome Masters in May until he claimed the No1 ranking at the Paris Masters ensured he would pick up the biggest end-of-year trophy.

But such was the run of Djokovic through the last six months that he surged from a low of 22 at the French Open to the very top via victories at Wimbledon, the US Open, and the Masters titles in Cincinnati and Shanghai. Add in final finishes at Queen’s and the Paris Masters, and he was on a 34-2 run since the start of Wimbledon.

So little surprise, then, that Djokovic was also selected by fellow players as the Comeback Player of the Year.

And his great form was continuing apace in London this week. Three straight-sets wins ensured he was top of his group, and he had held serve in all 28 games, facing only two break points throughout.

Now, with Roger Federer beaten in the other semi-final, more records beckoned the Serb. He could become the oldest champion in the tournament’s history and he could draw level with Federer on six titles.

First, there was the not-so-small matter, literally, of Kevin Anderson.

The 6ft 8in 32-year-old South African took out Federer at Wimbledon but lost to Djokovic in the final after taking almost 11 hours to come through the quarters and semis. Indeed, he had won only a single match in eight previous meetings, their first one back in 2008, and he had won only two sets.

But Anderson was not lacking confidence or form. He had qualified for the tournament for the first time after reaching that first Wimbledon final, he had won two titles, including his first 500, and made the semis of two Masters. It was all the more impressive for the injury hurdles that the likeable Anderson had overcome through 2016-17: to knee, shoulder, ankle and groin.

With a career-high No5 ranking this year, the late bloomer had grown in confidence, fitness, and attack. But could he really cap what has already been the best season of his career? 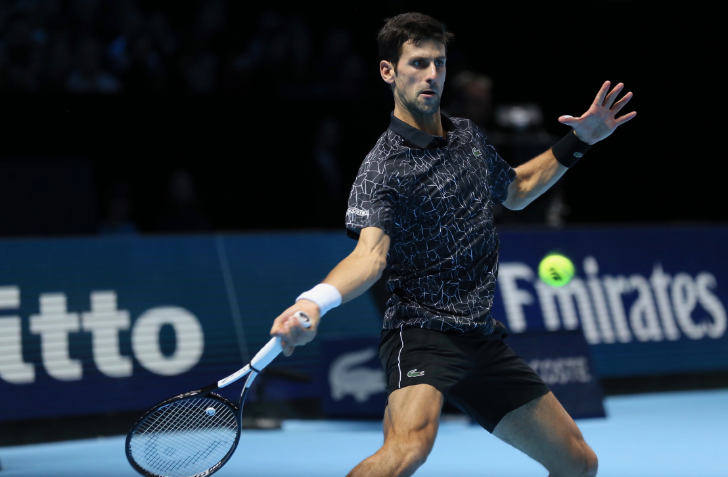 The form and confidence of Djokovic was immediately apparent: a forehand winner against the Anderson serve led him towards a break point in the first game. After some resistance, Djokovic did indeed break at the second time of asking.

A quick hold, and Anderson was up against it again, with another break point, but this time he opened out his own forehand to hold, 1-2. However, with less than half his first serves finding the mark, the South African was going to be up against it.

And that proved to be the case. It went well enough if the first serve went in and Anderson could attack from the front foot, but that did not happen often enough, and Djokovic broke again for 5-2, pounding his forehand deep, fast, close to the baseline.

A solid hold, and the world No1 had the set, 6-2, and the stats certainly did not do justice to the reality of his tennis. It had looked near flawless from Djokovic, but the figures insisted he had made only four winners compared with eight errors.

He continued in the same vein in the second set—ruthless, efficient and intimidating, as he had been against every opponent this week. Anderson immediately faced 15-40, with errors rising under the pressure, and was quickly 0-2 down.

The mild-mannered South African even picked up a code violation for bad language—but with serving still below 50 percent, and Djokovic pouncing on everything with alacrity, this was only going to end one way.

Sure enough, a couple of pitch-perfect backhands down the line and then a forehand winner closed out another break with a Serbian roar, 4-1. And as if to rub salt into the wound, he held to love with two aces.

Anderson managed one more game, though even that was via a deuce, and Djokovic swept him aside with a final hold to love, 6-2.

Remarkably, the five-time former champion has still to be broken in the tournament, and faced not so much as a break point in this match. 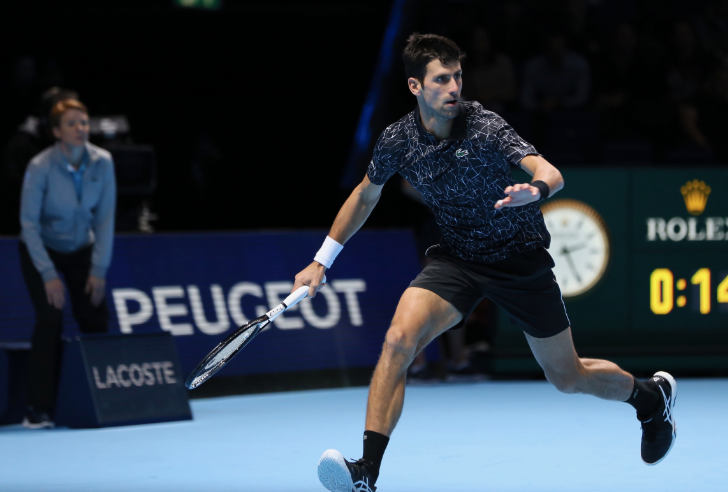 Even Djokovic had to concede:

“I think it was the best match I played this week, and it came at the right time.”

And of course, he now plays one of those men that he left standing in the round robins, Alexander Zverev, who managed just five games against Djokovic.

“I thought he wasn’t close to his best against me, and he’s playing really well the last couple of matches, especially Federer today.”

He paused, and smiled again:

“It’s the last match of year for both of us—let the best man win.”