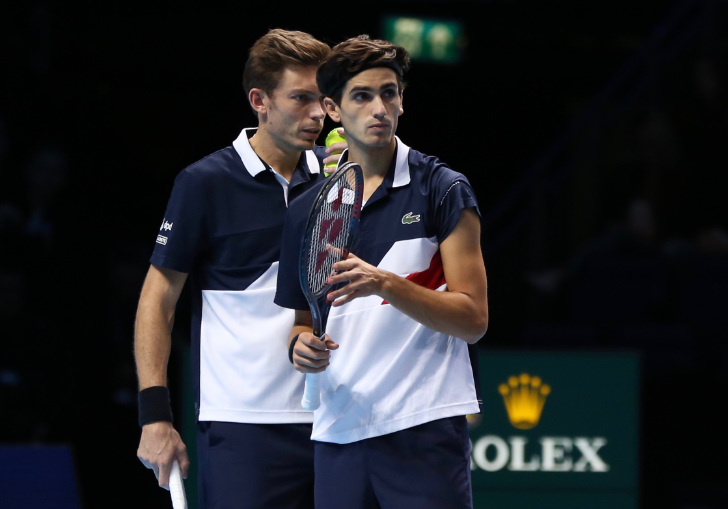 The popular French duo of Pierre-Hugues Herbert and Nicolas Mahut have made the semi-finals of the Nitto ATP Finals for the first time in their fourth consecutive appearance at the year-end tournament. They will next meet Juan Sebastian Cabal and Robert Farah on Saturday.

Not only has the French pairing broken new ground, but their victory over Mike Bryan and Jack Sock, 6-2, 6-2, has put them top of their particularly tough group, 2-1, having lost their opener to top seeds Oliver Marach and Mate Pavic.

The Group Knowles/Nestor included the winners of all four Major doubles titles in 2018 and the last two year-end No1 teams. Herbert and Mahut won their third Major at Roland Garros, while 2017 year-end No1s Lukasz Kubot and Marcelo Melo lost in the final of the US Open against Mike Bryan and Jack Sock, who they played again in their opener in London. Prior to the US Open, Bryan and Sock also won the Wimbledon title in their Major team debut. 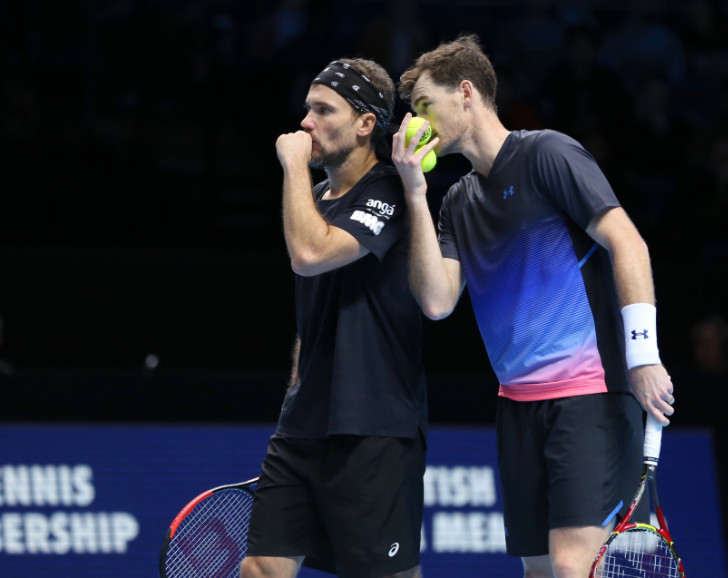 Bryan and Sock’s 2-1 record in the tournament put them second in the group, and they will face Andy Murray and Bruno Soares on Saturday after the Brit/Brazilian pairing went unbeaten in their group.

It was only in June that Americans Bryan and Sock, who played the singles draw at the World Tour Finals last year, played their first match together at Queen’s after Bryan’s twin brother Bob was forced out of competition with an injury that required a steel hip replacement.

The 40-year-old Bryans have together won 16 Majors and four end-of-year titles, plus 38 Masters titles. And with Bob now back in training again, it is likely their tallies could continue to grow next season, but that will spell the end of the Sock/Bryan partnership. This, then, is their one and only chance to win this special title.

However, Herbert and Mahut are also after this title for the first time, as are Murray and Soares—both pairings who have enjoyed Major success and No1/2 joint rankings.

Meanwhile, Cabal and Farah are currently at a career-high No5 ranking and have accumulated 11 titles together in their five-year partnership.