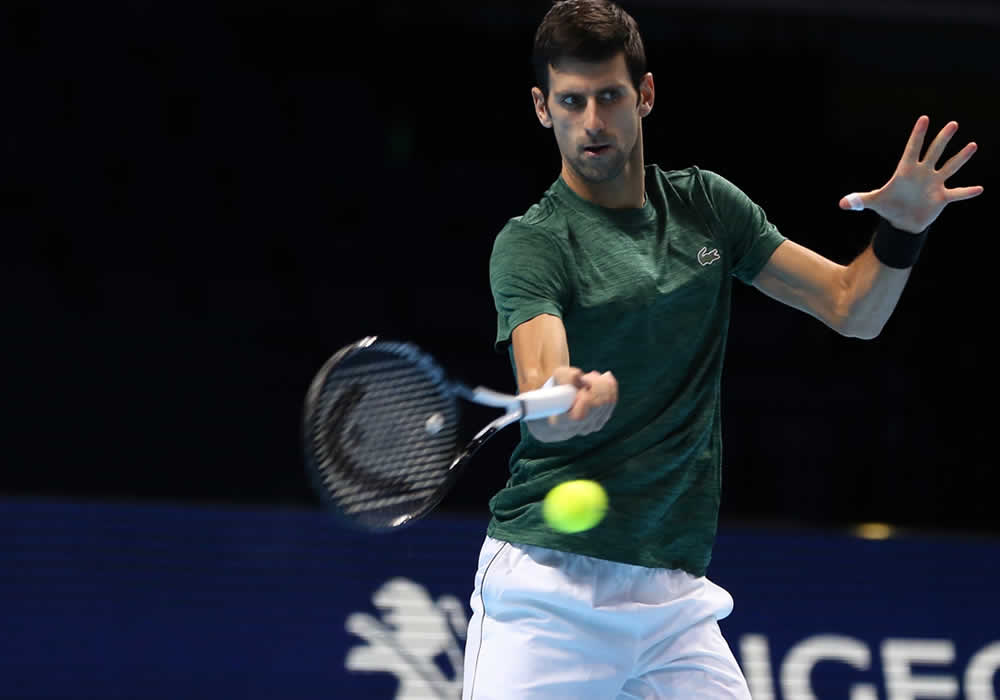 The end of 2016 for Novak Djokovic marked the end of a quite extraordinary two years on the tennis tour, a period during which he won 18 titles from 25 finals—and only three of those finals were below the Masters or Major level. And amongst that run was his first triumph at the French Open, which closed the circle on the complete set of Grand Slams.

And yet, come the end of 2016, Djokovic decided to part ways with his figurehead coach through that period, Boris Becker.

But what came as more of a surprise was the news, come the spring of 2017, that Djokovic was to part from the long-standing team headed by Marian Vajda.

Certainly, Djokovic had been struggling to match the superlative results of the previous couple of years: He lost early at the Australian Open, and went on to make a number of unexpected losses. But the slip in form looked as though it was the result of physical and mental exhaustion, and an increasingly troublesome elbow, rather than a coaching problem.

What did become clear was that the injury and a resulting loss of confidence were taking a toll—surely the worst time to cut ties with his decade-long support network. But maybe a change would be as good as a rest: He recruited Andre Agassi soon after, made the finals in Rome, and won the Eastbourne title.

In the end, though, it was only rest that would do: Djokovic retired in the quarters of Wimbledon and did not play again for six months, by which time, he also had friend and former top-10 player Radek Stepanek in his camp. But following a fourth-round loss in Melbourne, Djokovic resorted to elbow surgery, and soon after, he split with both Agassi and Stepanek.

Eventually, then, the body could mend—but something else was on the mend, too: his coaching team. For Djokovic was reunited with Vajde at just the time when he needed the most emotional and physical encouragement, at the time he faced difficult early losses as he made his way back to full match-fitness.

And it was clear by the time Djokovic made the semis in Rome that a corner had been turned. He surged from a low of 22 at the French Open to No1 via victories at Wimbledon, the US Open, and the Masters titles in Cincinnati and Shanghai. Add in final finishes at Queen’s and the Paris Masters, and that made only three matches for 35 wins. He thus arrived at the O2 for the Nitto ATP Finals assured of the year-end No1.

And it was here that the news broke of the ATP Coach of the Year Award: It was given to Vajda.

An appropriate time, then, to ask Djokovic of the significance of his Vajda to his comeback season.

“I first have to say, Marian is more than a coach to me. He’s a friend, a family member, someone I can always rely on. Even when we had not worked for 12 months, we were constantly communicating—talking about life, about tennis, so we have that relationship that almost has an unbreakable bond.

“And hopefully, that’s going to stay like that the rest of our lives. And to have him back officially as coach was a treat for me, and I was very grateful, because at the time, I split with Radek and Andre, and I was thinking what direction did I want to go, did I want someone new?

“I felt at this stage of my career, I wanted to have that ‘going back to the basics’ feeling and having people around me that know me well enough to contribute to my game, to my life, to my balance, and get the best out of me.

“Having Marian on board contributed a lot this success.”

Djokovic went on to talk of just how important it has been to his well-being and, by extension, to his tennis to have such emotional support and stability in his life.

“A few years ago, after winning Roland Garros and holding all the Majors at the same time, I was reflecting that I had emotionally hit the wall, and I never thought that was going to happen, that I would have difficulties to compete emotionally at a high level—have to re-engage myself to perform.

“I’ve never lost the passion for tennis. I enjoy practising and playing, but once I started to compete, it was just a struggle. And talking with some other tennis greats, I understand that everyone has gone through that at some stage of their career.

“And [Martina] Navratilova was very kind to me, and talked about it, that you have to kind of experience that moment in order to reach your peak and find new ways of motivating yourself.

“For me, when I became a father, I had an amazing wave of confidence and motivation and had the best season of my life, in 2015—and after that 2016 was great for half the year. And then the injury started to get worse.

“I thought the injury was also a factor on an emotional level as well. So it took me time to find how an optimal balance where I can function at my very best as a tennis player and also as a father and husband, and I feel like in the last six months I managed to find a balance.”

But it was in talking about Andy Murray’s long absence with a hip injury—and subsequent surgery—that Djokovic gave a little insight into the disquiet that takes a hold when adversity strikes.

“One of the biggest struggles he’s going through is who to trust. At the same time, maybe you feel like a certain way or procedure that has been determined for you has not been the most appropriate one, and your gut feelings say something else.

“And the day you change direction, that loses a lot of time, and you have to make up that time, and then you get emotionally disturbed, and you’re 31 years old, and all these thoughts are going through your mind.

“So I can only imagine what [Andy’s] going through because for me that was the most difficult thing to deal with, which protocol and experts to call.

“After that, create a long-term plan and stick with it. I have been fortunate to recover quickly from my surgery so I was on the court about a month and a half later, but I was far from ready to compete. I know it wasn’t the best decision, and probably everyone was against it, but I went there regardless and I wouldn’t change anything now. I learned from that experience.”

Perhaps that is the greatest insight into how Djokovic must have felt when, after six months away, the penny finally dropped: He still needed surgery.

But what better man to have in your corner when you hit rock bottom than the one who has been there from the start. When Djokovic asked himself who he could trust, it was clearly Vajde. And the results speak for themselves.