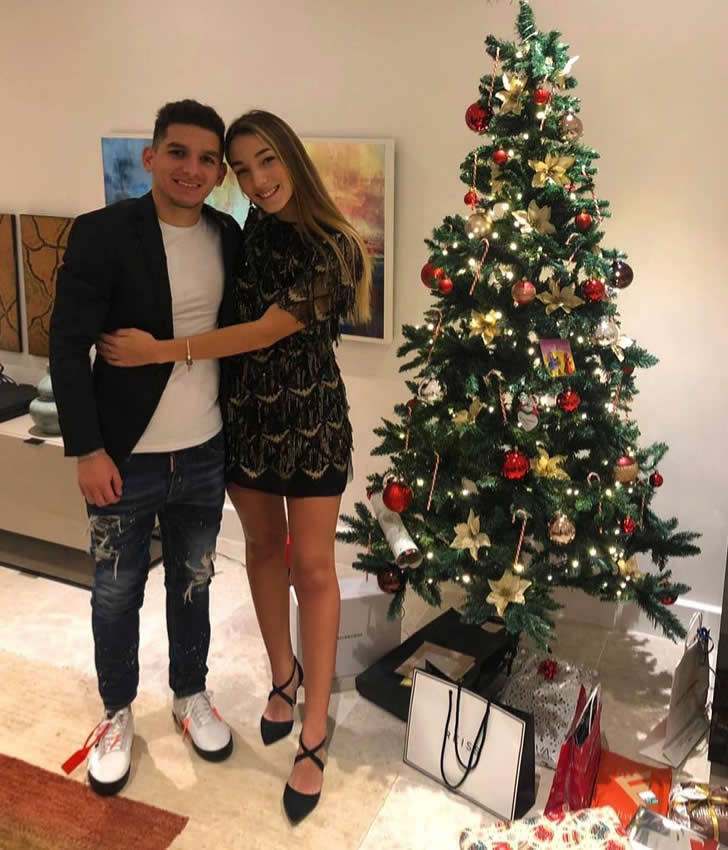 Lucas Torreira looked to be in high spirits during his first Christmas in London as he posed for a festive picture with his girlfriend.

The 22-year-old midfielder has been earning lots of praise for his strong performances for Arsenal since having signed for the Gunners from Sampdoria in the summer transfer window.

Torreira has scored two goals and made two assists for Unai Emery’s side in the Premier League after having made a total of 18 appearances in the top flight.

This year is Torreira’s first taste of the hectic festive schedule of football in the Premier League following his move to Arsenal.

He will be expecting to be start when the Gunners travel to Brighton and Hove Albion on Boxing Day in what is a busy period of games.

However, he looked to be in good spirits as he posed for a picture with his Italian girlfriend Vittoria Repetto in front of a Christmas tree at his London home.

The midfielder will be aiming to try and help Arsenal to finish in the top four in Emery’s first season in charge at the club.

The Gunners are currently in fifth place in the table and level on points with fourth-placed Chelsea FC.