Andy Murray opens the floodgates with news of impending retirement 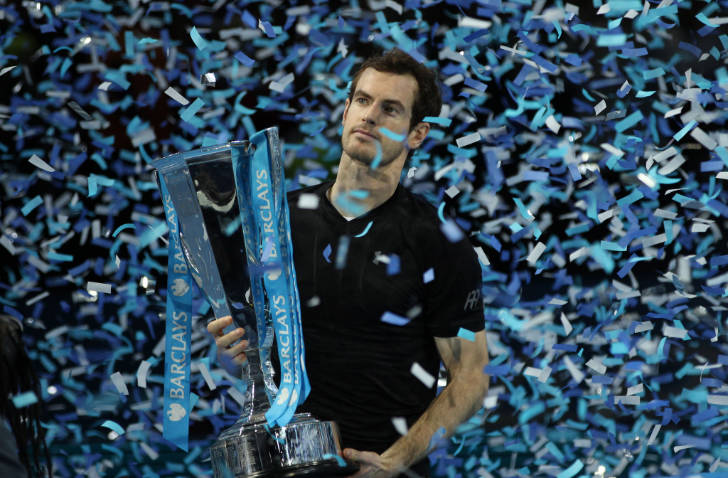 It hit Australia early, the news that many had dreaded but also expected. Andy Murray, in the latest of those routine, pre-tournament press conferences so familiar to players and the media, was anything other than routine.

The evidence had been growing that all was not well: a video of practice sessions in Melbourne, reports from Twitter, and interviews after winning his first match in almost five months in Brisbane last week. The BBC reported him as saying:

“It’s been a really hard 18 months, a lot of ups and downs. It’s been tricky to just get back on the court competing again. I want to just try and enjoy playing tennis as long as I can. I don’t know how much longer it’s going to last but we’ll see.”

Those last two sentences spoke volumes. And sure enough, fears were confirmed today when he attempted to tackle the first media question, “How are you?”

He could go no further, and bowed his head in an attempt to hide his face beneath the familiar cap. He gave in, and left the room in tears.

True to the man, his first words on returning were an apology:

“Sorry. Yeah, so not feeling good… been struggling for a long time. I have been in a lot of pain for, well, it’s been probably about 20 months now. I pretty much have done everything that I could to try to get my hip feeling better… I’m at a better place than I was six months ago, but still in a lot of pain. And, yeah, it’s been tough.”

He is in Australia for the first time since 2017, a year that marked the start of those 20 months of hip problems. The limp had become pronounced by the end of his semi-final French Open campaign, and more so with his shock opening loss at Queen’s, then the quarters at Wimbledon. He did not play another Major until making the second round at the US Open last year, having resorted to hip surgery in January, but with just seven wins from 12 matches on the clock, it had not been an encouraging return. 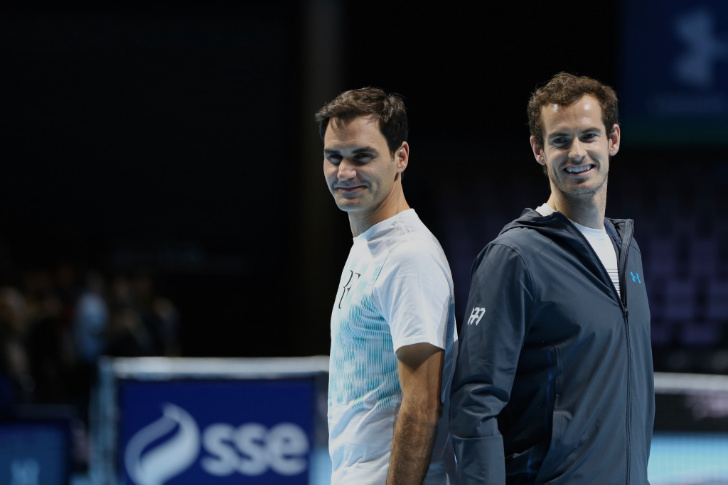 So to the next inevitable question: Could this be his last Major?

“Yeah, I think there’s a chance of that. Yeah, for sure. Like I said, I’m not sure I’m able to play through the pain for another four or five months.”

He reflected on his off season, a period of intense fitness training for all players but also a time for planning for the coming season. His plans, hampered as they were by pain, turned to deciding on the end point.

“My plan, during my training block, I spoke to my team and I told them that I can’t keep doing this, that I needed to have an end point because of playing with no idea when this pain was going to stop… I said, ‘Look, I think I can get through this till Wimbledon. That is where I would like to stop, stop playing. But I’m also not certain I’m able to do that.”

And he wept again.

For while he may currently enjoy a protected ranking, that does not translate into a seeding, and so his very first match in Melbourne will be against No 22 seed Roberto Bautista Agut, who has just won Doha and has the ability to run any opponent into the ground—the very last kind of player to give Murray an inch.

But, the Briton insisted, he will play, and he will consider further surgery, but without any expectation that it would pave a path back to elite tennis:

“I have an option to have another operation, which is a little bit more severe than what I had before, which will allow me to have a better quality of life and be out of pain… Some athletes have had that, and have gone back to competing. But there’s obviously no guarantee with that. The reason for having an operation like that is not to return to professional sports, it’s just for a better quality of life.”

It is an entirely understandable perspective. For make no mistake: Murray built himself into one of the greatest ever British athletes, a truly elite tennis player.

He has played in what many regard as a golden era, alongside three of the most prolific champions the sport has ever seen. 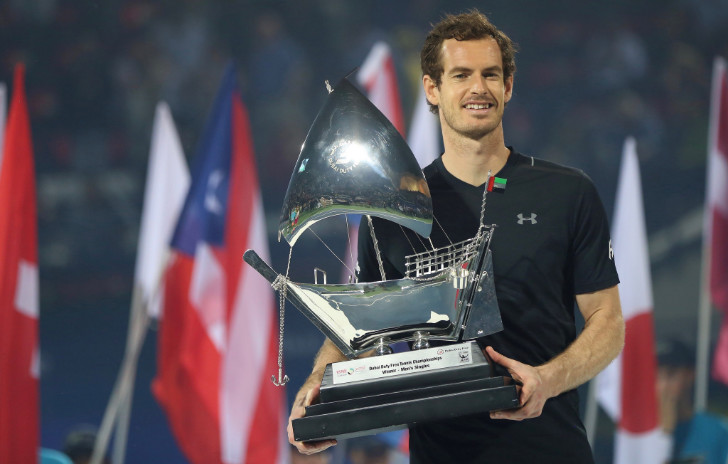 Roger Federer, Rafael Nadal and Novak Djokovic have created records at every turn, and continue to do so into their 30s: the most Major titles, most Masters titles, most ATP Finals titles, most weeks at No1… the list can fill pages. The three have, between them, topped the ranks for 15 years—except for the one man who managed to break that glass ceiling: Murray.

It took a work ethic unmatched in his sport, a determination, a passion, and of course great talent, to secure three Majors amid such company, and all eight of his other Major finals were lost to Federer or Djokovic. His first victory, at the US Open in 2012, was the first by a British man since Fred Perry in 1936, and that just a month or so after becoming the first Briton to win Olympic tennis gold since 1908. In 2013, he became the first men’s Wimbledon champion since 1936, but would face his first surgery in September for a long-standing back problem.

Two years later, and he had another accolade: He led GB to its first Davis Cup victory since 1936, and the only Briton to win all eight of his singles rubbers in a single season.

That emotional achievement launched him into the finest season of his career, starting with a fifth Australian Open final and, shortly afterwards, the birth of his first daughter.

He would go on to play 87 matches, win 78 of them, and claim nine titles from 13 finals. It began with a career-best run on clay—the title in Rome, and finals in Madrid and Roland Garros. On grass, he was unbeaten through Queen’s and Wimbledon, then won a second Olympic gold. He went unbeaten through Beijing, Shanghai, Vienna, Paris and the World Tour Finals in London to finally clinch the No1 ranking.

Little wonder, then, that he cut a weary figure by the time he reached Dubai in 2017, where he confessed that he had contracted shingles during his brief Australian run. He also admitted that he probably needed to pace himself better, yet he had already committed to a couple of fund-raisers with Federer, the first for the Swiss star’s Foundation in Zurich in April, the second for his own charities in Glasgow in November.

“It’s hard for sure… You need to work with both your schedules, so you have to ask quite a long way in advance. Roger spoke to me [on the phone] about it first time during the French Open last year. Then my team spoke to his about potentially coming to Scotland, and that was agreed about a month ago. I’m looking forward to it, will be great having him there.”

And despite increasing hip problems, he stood by both commitments—though Dubai would be his only trophy of the year and, as it happens, the only trophy since.

Here, though, is one of the clues to Murray’s huge popularity among fellow players, fans, and the media. He is a generous man, a courteous man, and a man who has stood head and shoulders above the rest in supporting women’s equality.

Following the lead of his mother, a vocal and active advocate of getting girls into sport, Murray has corrected media when they have overlooked women’s records: the Williams sisters’ Olympic achievements, for example, or Virginia Wade’s Wimbledon victory. He recruited French woman Amelie Mauresmo as his coach, and time and again defended her against sexist criticism. 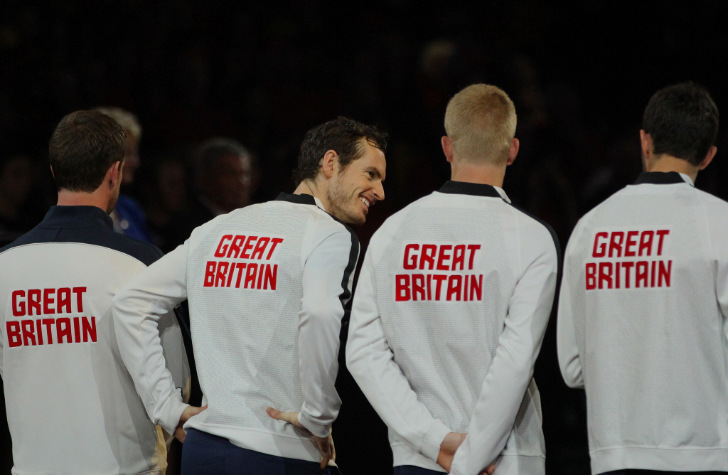 He also has the driest sense of humour, which is often used in the most self-deprecating way. In accepting one of a record three BBC Sports Personality of the Year awards in 2015, he said, deadpan:

“A friend sent me a message the other day with an article saying: ‘Andy Murray is duller than a weekend in Worthing,’ which I thought was a bit harsh—on Worthing.’”

Indeed, his social media posts have become the stuff of legend, and created one of the most passionate followings in tennis. In response to today’s news, his fellow players spoke almost as one:

· Juan Martin del Potro: “I can imagine your pain and sadness. I hope you can overcome this… We love you and we want to see you happy and doing well.”

· Kevin Anderson: “Tennis is better with you.”

· Grigor Dimitrov: “Tennis will come to an end for us all, but friendships will last a lifetime. What you’ve done for the sport will live on forever.”

· Kim Clijsters: “My heart breaks listening to @andy_murray… Hope he will make it through to Wimbledon and have the farewell he deserves #greatguy”

· Kyle Edmund: “For me, he’s been my biggest role model out of any tennis player.”

· Nick Kyrgios: “It’s a sad day for the sport and for everyone you’ve had an impact on.”

· Billie Jean King: “Your greatest impact on the world may be yet to come. Your voice for equality will inspire future generations.”

· Andy Roddick: “I tip my cap to Andy Murray. Absolute legend… unreal results in a brutal era. Nothing but respect here.”

· Heather Watson: “You’ve got a heart of pure gold. You’re most definitely one of the most liked and respected players on the tour.”

For those of us fortunate enough to have seen Murray’s evolution up close, and sometimes exchange words with him, it has been an emotional roller-coaster.

There have been downs before: back surgery was serious, elbow problems troublesome, but this last year and a half has tested like nothing before.

The ups, of course, have been seeing him lift two Wimbledon trophies—his were not the only tears—and combine a first O2 victory with rising to No1. Repeated victories at Queen’s were memorable, and each year the affection from his hard-won-over home crowd was greater than the last. And yes, that Dubai victory, with memories of his stepping into a packed elevator of taken-a-back hotel residents with a lugubrious ‘hello’.

We walked on towards the courts, passing the time of day, and I asked if he had managed to enjoy his daughter’s first birthday. His face lit up: “Yes, it was great—thank you!”

A couple of months later, after that long-promised charity match in Zurich, I asked what he would do with all his free time when he retired. He wanted to travel more, he said, and not just for the joy of travel but to see the impact of the money he has raised for, among other charities, UNICEF.

It is usual to wish things ‘sooner rather than later’. In Murray’s case, let us hope those plans kick in later rather than sooner.

Australian Open 2019: Can Federer reach 100? Can Djokovic make it 7? Or will new name grace the trophy?