Highlights of the first two days of play in Melbourne, where the action begins Monday and Tuesday 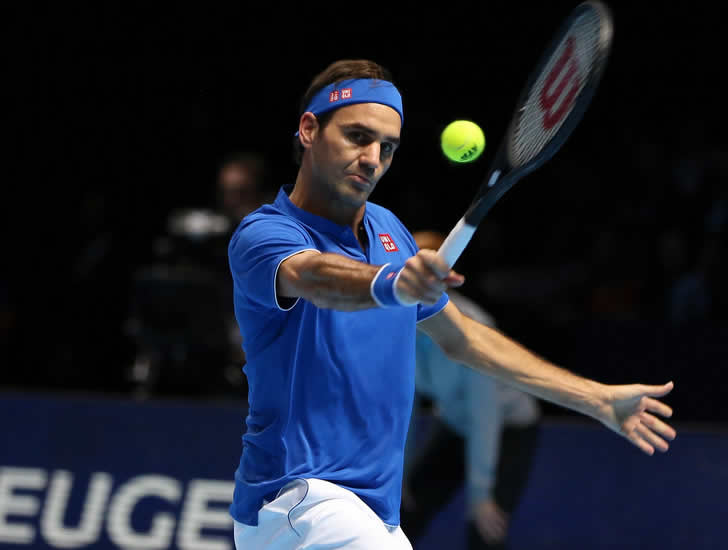 Caroline Wozniacki and Roger Federer fill the night-time slots on the Rod Laver arena on the first day of action at the Australian Open as they begin the defence of their 2018 titles.

Federer is going for a hat-trick of titles, his seventh overall in Melbourne, his 100th career title. Wozniacki won her first Major last year to take her to No1: She is now seeded No3—like Federer.

Arguably the biggest other first-round matches in the bottom half of the draw will be played on the former Hisense, now named the Melbourne Arena, with Briton Kyle Edmund against one of the most dangerous unseeded men, Tomas Berdych last on in the afternoon, and the highly emotional opening—and perhaps closing—match of five-time finalist Andy Murray against the No22 seed Roberto Bautista Agut.

Should Murray lose, he suggested in his pre-tournament press conference that it could be his last ever appearance in the tournament, perhaps his last match anywhere, as he continues to contend with hip pain after surgery this time last year.

Tuesday sees the top half of the draw get under way, with six-time champion and world No1 Novak Djokovic headlining the night session, followed by US Open champion Naomi Osaka.

The day session sees seven-time champion Serena Williams play her first Melbourne match since winning in 2017 while two months pregnant. Fellow mother and former champion Victoria Azarenka, who has not played in the tournament since 2016, is a dangerous unseeded presence, and opens on Melbourne arena.

World No1 Simona Halep, runner-up last year and French Open champion, begins against the woman who beat her in the first round of her last Major, the US Open, six months ago, Kaia Kanepi. This match headlines the evening session on Margaret Court.

Play begins at 11am for day sessions (gates open 10am) and 7pm evening (doors open 5pm).

[NB Melbourne 11 hours ahead of UK]

Monday 14 January: Bottom half of both draws

Not before 7pm
Caroline Wozniacki vs Alison van Uytvanck

NB Britons Katie Boulter and Heather Watson both play at 11am on Cts12 and 14 respectively. Cameron Norrie plays Taylor Fritz not before 5pm on Ct12. Dan Evans play third on Ct19

Tuesday 15 January: Top half of both draws

Not before 7pm
Novak Djokovic vs Mitchell Krueger

Not before 7pm
Simona Halep vs Kaia Kanepi

NB Briton Johanna Konta plays at 11am on Ct3

Andy Murray opens the floodgates with news of impending retirement