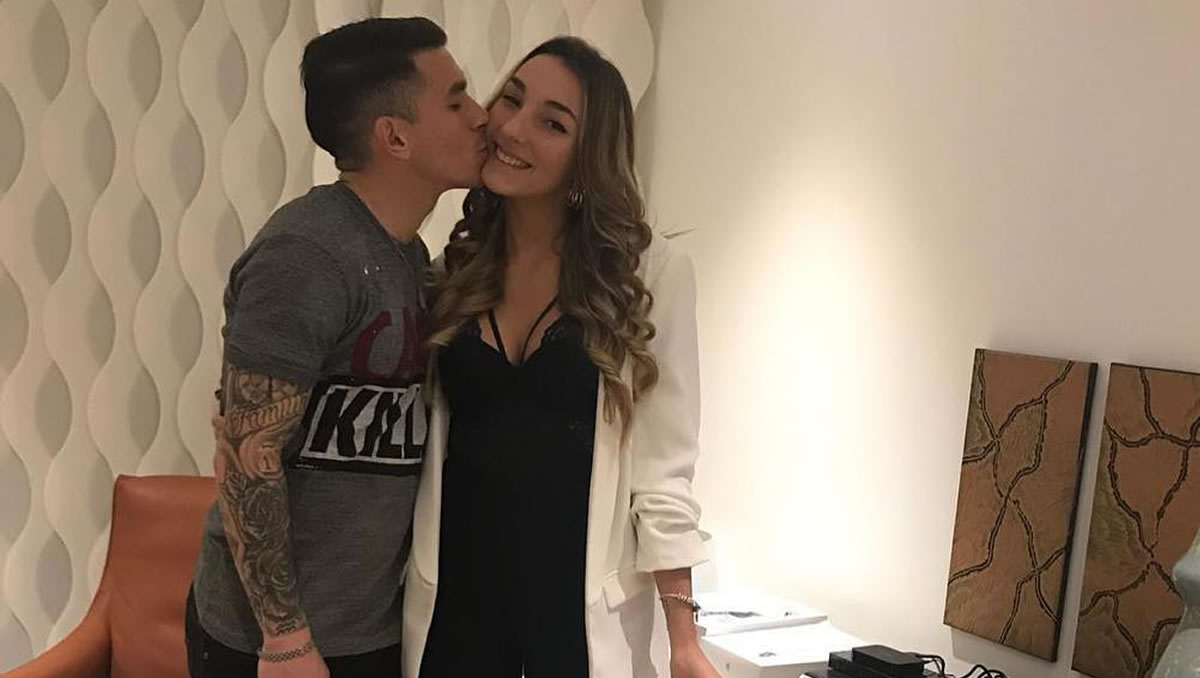 The 23-year-old midfielder has been settling in well to life at Arsenal after having joined the north London side from Sampdoria in the summer transfer window as one of Unai Emery’s first signings.

Torreira has been a regular fixture in the Arsenal side this season and he has scored two goals and made two assists in 26 Premier League games for the north Londoners.

He was unable to prevent Arsenal from slipping to a 1-0 loss to BATE Borisov in the last 32 on the Europa League on Thursday night.

However, Torreira was clearly feeling in a romantic mood as he took to social media to dedicate a post to his Italian girlfriend Repetto.

He posted the picture above of the couple on his personal Instagram account and wrote the caption: “Feliz san Valentín mi AMOR 💕 🌹Te amo 😍 🐼 @vittoriarepetto.”

Torreira will be hoping to help Arsenal overturn the deficit as they prepare to host BATE Borisov in the return leg of their Europa League clash on Thursday night at The Emirates.

The north London side will then return to Premier League action when they host Southampton on Sunday 24 February.