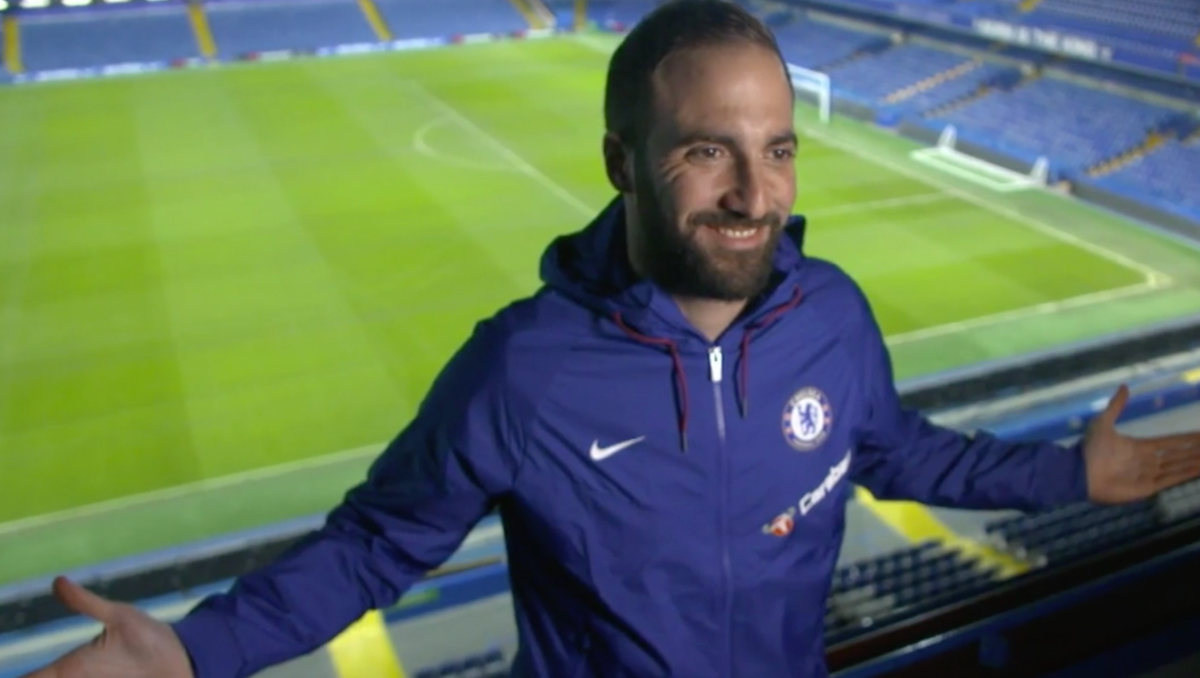 Maurizio Sarri believes Gonzalo Higuain is well suited to playing alongside Eden Hazard after the Chelsea FC signing scored twice in a 5-0 win over Huddersfield Town on Saturday evening.

The Argentina international moved to Chelsea FC in a loan deal from Serie A champions Juventus in the January transfer window to bolster Sarri’s striking options.

Higuain made an underwhelming Premier League debut after he was largely ineffective in Chelsea FC’s 4-0 loss to Bournemouth at the Vitality Stadium mid-week.

However, the 31-year-old, like his Chelsea FC team-mates, bounced back in some style with two goals in the west London side’s resounding win.

Hazard got on the score sheet twice to help the Blues hoist themselves back into the top four ahead of Arsenal and improve their goal difference.

Speaking at his post-match media conference after Chelsea FC’s 5-0 win at Stamford Bridge, Sarri admitted that he was excited to see Higuain and Hazard combine so well.

“I know very well when Higuain arrived he wasn’t at the top of his physical condition. Now he’s improving and I’m happy because apart from the goals he’s very suitable to play close to Eden,” Sarri said.

“On the pitch they’re very suitable to play with one close to the other. For us it’s very useful to have Higuain because he will be able to score a lot of goals, but it’s also important for Eden.”

Higuain scored 36 goals in 35 games during his one season under Sarri’s management at Napoli before the South American forward completed a big-money move to Juventus in 2016.

The Chelsea FC striker will be tasked with getting on the score sheet when the Blues take on defending Premier League champions Manchester City in the Carabao Cup final later this month.