Verdasco scores one for the over-30s; will play winner between doubles partner Kohlschreiber or Federer 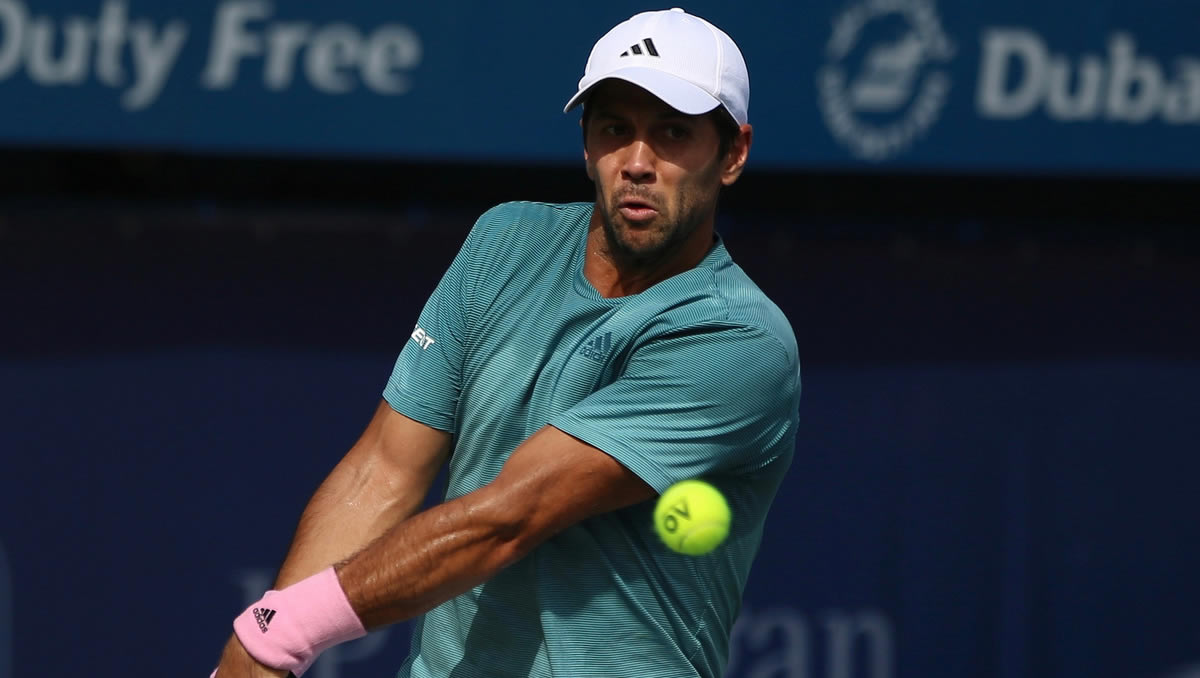 It was a weekend of new names and heart-warming stories across the ATP tour.

The Rio Open, one of the prestigious chain of 500 tournaments and the highlight of a brief South American clay swing, went to debut champion Laslo Djere, age just 23 years old, a young man ranked 90 who had lost his mother a few years ago, and then his father just three months ago.

Unsurprisingly, there was not a dry eye in the house as he thanked his parents:

“They’d be really happy. I learned at a young age that life isn’t fair, but it’s unfortunate they can’t enjoy this success because they dedicated their lives to me and the sport. I hope they see this and are proud.”

His immediate reward is a new ranking of 37—and countless new admirers.

But his was not the only debut name making headlines in Rio. For he beat Felix Auger-Aliassime who, at 18, was the youngest ATP500 finalist since the level was established in 2009. He, like Djere, had not competed in a tour final before, and has now burst into the top 100 at No60.

Meanwhile, in the much cooler distant climes of Marseille’s indoor hard courts, 20-year-old Stefanos Tsitsipas was celebrating his second career title and a rise to No11 in the rankings after last month reaching his first Major semi-final in Australia—with a victory over defending champion, Roger Federer.

And while the young Greek has star-quality written all over his exciting style of tennis, he is just one among a swathe of young players who have cut their rankings to within a few places of the top 10.

And he is one of four who plays in the 32-man Dubai draw this week. Borna Coric, ranked 13, age 22, beat Federer to win the Halle 500, one of two titles, and made the final of the Shanghai Masters last autumn.

Daniil Medvedev, who turned 23 last week, is ranked 15, a winner of four titles—including the 500 in Tokyo—plus two more finals. He is already 14-3 this year, with a title in Sofia, final in Brisbane, and semis in Rotterdam.

And then there is the Masters winner among the quartet of young challengers this week, No12 Karen Khachanov.

The Paris Masters was one of three titles last year, and included four top-10 wins, among them Novak Djokovic. As he headed into his first match in Dubai in a tough quarter, he recalled that win with great affection.

“It was a great, great run. It was greatest tournament so far for me, obviously. I remember that I was pretty happy that I could play against Novak in the final tournament like that, against the world No1. Being able to beat him, that was something special.”

Since then, the statuesque Russian, whose beaming smile announces a good sense of humour, has struggled with his form. Two wins at the Australian Open and then two more as the strong Russian team beat the underpowered Switzerland in Davis Cup, were balanced out by three first-round losses. He had been, he admitted, not feeling well.

“After Melbourne, maybe two tournaments were not the best for me. But again, I didn’t feel so well. Also I had some other issues… Many players in the European swing had some virus. Unfortunately, I had it also. I had a quite fast recovery. I was feeling good in practice again. That’s why I’m saying I had good preparation. Especially here for Dubai, it’s a little bit different conditions, warmer, desert, so the balls fly more.”

The draw has not been kind to him, though he does avoid his friend and compatriot Medvedev, who is in the top half, along with Tsitsipas.

But Khachanov opens against the No19-ranked Nikoloz Basilashvili, the highest ranked non-seed apart from the defending champion, Roberto Bautista Agut at 18, who could be Khachanov’s second opponent after a storming start to 2019. The Spaniard won the Doha title, beating Djokovic, and then made the quarters of the Australian Open, where he beat Khachanov in straight sets.

It gets no easier: the quarters could bring an unseeded Tomas Berdych, fast making his return from injury last year, or Coric.

Asked whether he thought his level of 2018 was back, Khachanov reflected.

“It’s tough to say. Sometimes you are practising well, but then the real feel you have [is] when you play tournaments. Practice sometimes, I remember looking back, I had maybe not the best feeling, but then you go on court, you compete well, you play different. I think right now, honestly, I’m feeling quite well.”

Almost inevitably, in a tournament boasting some of the cream of the rising generation, his views were sought on how the tour seemed to be opening up for younger players.

“I would say that [that it’s almost anybody’s tournament now]. I mean, even you can see the statistics of last year, second part of the year, I think in the further stages there were a lot more young players than before. Statistics show really that younger players are going deeper and deeper in the tournaments week by week.”

He will play with associate Medvedev in doubles in Dubai, too, but they have seldom met on the singles main tour. If that is to happen here, they will have to beat all comers—including perhaps Federer for Khachanov, and Marin Cilic or Kei Nishikori for Medvedev.

At the moment, it is anybody’s guess who will go on to win in their mini-rivalry. But in any case, they will have to keep a weather eye on their other rivals, and in Dubai to Tsitsipas in particular. The Greek stressed after his latest victory:

“Winning titles is the thing that I am working for… It is the biggest satisfaction and the biggest joy in tennis.”

And the next feather in the Greek’s cap would be breaking the top 10—and victory in Dubai would achieve that—and scoring his first 500 and first Masters. He has reached finals at both those levels, and he may well tick off both title runs in the coming season.

Of course, amid all these young risers there is a plethora of 30-somethings. Seven time champion Federer is 37; his opponent Philipp Kohlschreiber 35. Two-time runner-up Berdych is 33; 2016 runner-up Marcos Baghdatis 33. Marin Cilic, 30, plays Gael Monfils, 32, in the first round. Then there are Bautista Agut, Robin Haase, and another former runner-up, Fernando Verdasco.

And the generations would come together between Tsitsipas and 31-year-old Matthew Ebden, and Coric against 31-year-old Mikhail Kukushkin.

The first through was Verdasco, age 35, who came back from a set and a break down to beat qualifier Thomas Fabbiano, 3-6, 6-3, 6-2, after almost two hours. He is also playing doubles with Kohlschreiber—what is becoming something of a regular event. Why now, and why the German? It was simple:

“He is German, I’m Spanish, so mentality wise we are pretty different…But he’s a good guy. I had a super good relationship with him for many, many years… we have been on the tour together all our careers, 15 years, many years.

“Last year I was just talking with him one day. No joking conversation, but we have to try before we retire. We played Cincinnati. We did good. We did semi-finals. We actually felt good playing together. We just spoke to maybe try this year a few more weeks, see what happens, like to have fun.”

And there you have it. Judging from Rotterdam, it will be worth catching. For now, the pair’s main aim it to advance in the singles. Should Kohlschreiber score his first win in 13 attempts over Federer, the doubles mates will play one another in the second round.

Footnote: Khachanov’s losing run continued in a swift dismissal by Basilashvili, 6-4. 6-1 in just 69 minutes. The explosive, fast game of the Georgian, who stands at a career-high ranking this week of 19, drew plentiful errors from the Russian, and he will now play either Bautista Agut or wild card Ramkumar Ramanathan.