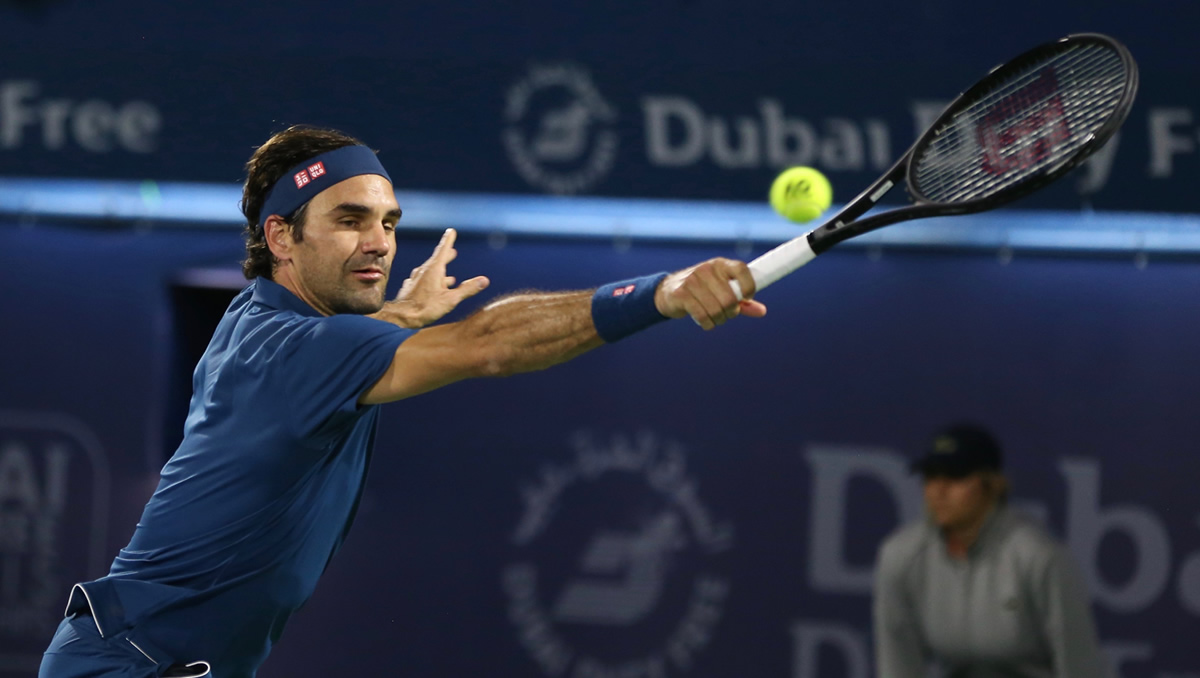 Roger Federer, for the second match in a row, played a man who had never managed to beat him, despite both opponents being in their 30s—indeed close in age to the 37-year-old Federer himself.

Philipp Kohlschreiber took the No2 seed to three sets, but still ended up on the losing side of all 14 encounters with his friend.

Fernando Verdasco, ranked just one place below Kohlschreiber at No32, would attempt to score his first win in seven attempts. And he has never been a push-over, even if his career has been hampered by nerves and inconsistency.

The left-handed former world No7 a decade ago had made one Major semi-final and three more quarters, and won eight titles plus making a Masters final and countless quarters at that level. Federer would not take him lightly:

“He’s a good guy. I think he’s got one of those wonderful forehands on the tour. We’ve seen the great shot-making he has been able to produce over the course of his career… I think he’s a good player. He can definitely peak against the top guys. I think that’s why he’s still playing, for those kind of matches, so I have to be careful.”

He was not wrong. The conditions were considerably better than during their first matches, little wind, less chill. And Federer got off to a flier, serving first, breaking for 3-1, and despite coming close to getting a second break, closed out the set in barely half an hour, 6-3, having dropped just three points on his first serve.

But very much like his first match against Philipp Kohlschreiber, Federer’s level dropped in the second, he began to miss his first serve, and Verdasco was cranking up the power, making fewer errors, looking the more positive. He was certainly making hay against the Federer net attacks, passing him down both wings and drawing errors on Federer’s pick-up volleys.

Meanwhile the Verdasco serve was performing particularly well: Now it was his turn to drop only two points on his first serve in the set, and he maintained his lead to level the match, 6-3, almost as quickly as Federer had done in the first. It was his first set won against Federer since the World Tour Finals in November 2009. But could the Spaniard maintain that focus and form into the third?

In fairness, the Spaniard’s level did not drop away, and Federer had to up his own level in the third. Both men were serving at well over 70 percent, but the Swiss was now close to 80, and that enabled him to make more winners at the net. Verdasco, too, dropped only three points on his first serve, and quickly tested Federer in the third game with a break chance. A timely Swiss ace brought the arena to its feet, and after two more deuces, he held.

A love hold from the Swiss maintained the pressure at 4-3, and sure enough it preluded a vital turning point. Federer got a lucky net-cord winner to earn his only break point of the set, and then played the finest rally of the match, a 26-shot baseline exchange that finally drew a weak reply from Verdasco—and Federer was there to put it away.

With the break done, the tension fell from his shoulders and Federer served it out to love, 6-4, after an hour and a half.

As is usually the case, the Swiss was quick to identify the positives in his performance:

“I’m happy I actually stayed calm throughout the game. I felt like I had a good feeling out there. Even though I wasn’t playing my best, I still felt like it was going to fall my way when it really mattered. I think that confidence is kind of important in sports or in tennis. I’m happy I had it today. I was right. I played good at the end.”

Federer next plays Hungary’s Marton Fuscovics, a 6-4, 6-2 victor over Jan-Lennard Struff. The Swiss beat Fucsovics in their only previous meeting at the 2018 Australian Open, which he recalled very well:

“I know Marton quite well actually. He came to Zurich to train with me… I don’t remember how long we spent, but a few days practising together there. We had a great time. Then I played him at the Australian Open last year. Good match. Had one of the craziest shots there. Just hit a mega frame and it still ended in somehow. Ended up winning the point after he hit two smashes. I remember that point vividly.”

He concurred with the rankings in asserting that the 27-year-old had improved, up from 60 less than a year ago to 35 now, and a dangerous customer:

“He likes the fast surfaces. He likes to play up in the court. He has the power when required. I think it’s going to be definitely a match that’s going to test me tomorrow.”

In the final match of the night, young Borna Coric, the only other remaining seed in the bottom half of the draw, along with Federer, took on two-time Dubai finalist Tomas Berdych.

Coric was a semi-finalist here in his 2015 debut, but had yet to beat Berdych in three previous meetings—and the big Czech, returning at the start of the year unseeded after a back injury last season, was on a 12-4 run after reaching the Doha final.