It's a frantic February on the tennis circuit, with multiple tournaments across different surfaces 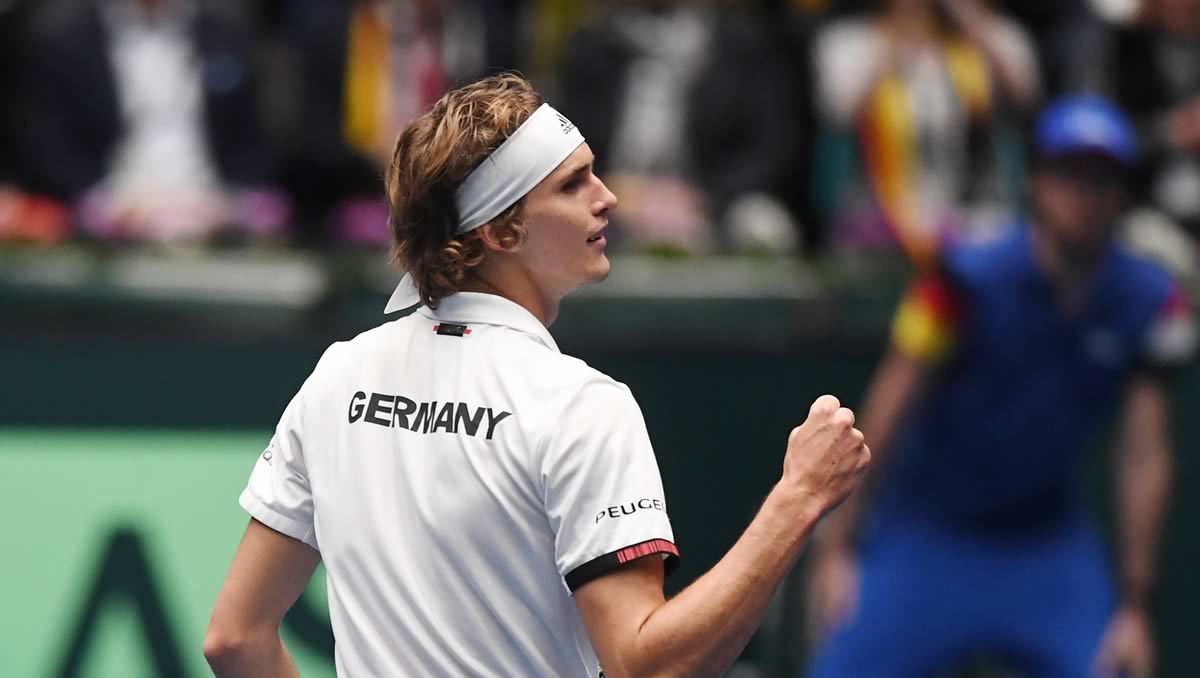 The Australian Open and its assorted hard-court overtures are done and dusted: Time, in theory, for a breathing space to rebuild the energy stores, heal those niggles, take the long flights home, get the body-clock back where it belongs.

In practice, this week of transition from the first Major towards the fork in the road that heralds February, a fork that takes lovers of the red stuff to South America for a brief clay swing, and the rest into the northern hemisphere for the hard courts, is anything but a breathing space.

Just days after the Novak Djokovic saw off Rafael Nadal in Melbourne, the Serbian’s compatriots formed just one of 24 national squads that debuted the new-look, shorter-form Qualifying phase of the Davis Cup.

But while the ‘old guard’ was thin on the ground—hardly surprising, given that ties were scattered far and wide around the globe, from China, to South America, to India, to Europe—this has been a chance for the younger stars of the tour to step up.

World No3 Alexander Zverev, the only top-10 player in action, found the going easy on home soil, and ably backed by veteran German Philipp Kohlschreiber, trounced an underpowered Hungarian team, 5-0. The tie had the added bonus of warming up Zverev nicely for the short, sweet indoor European swing—in his case, at the first ATP500 of the year in Rotterdam in a week’s time.

Two of just three more top-20 players led a very strong Russian team to a Switzerland without Roger Federer and Stan Wawrinka—both men now of an age where the body must be protected by careful scheduling.

Yet No11 Karen Khachanov and No16 Daniil Medvedev, the heavy favourites, found the Swiss a bigger challenge than anticipated after Henri Laaksonen paired with 15-year-old Jerome Kym to win the doubles rubber in a final tie-break. Laaksonen, ranked just 142, took both Russian stars to three sets, but in the end, the away team proved too strong, winning 3-1.

Ranked in the 20s, two 19-year-olds showed their quality and enthusiasm by helping their nations to victory. No28 Alex de Minaur did not have to travel far, part of an Adelaide-based campaign with John Millman that routed Bosnia and Herzegovina.

No25 Denis Shapovalov, with the even younger Felix Auger-Aliassime, played all five rubbers away against Slovakia, on clay, and took Canada to the end-of-year Finals, 3-2.

More of a surprise, though, was perhaps the victory of Chile, also playing away against an Austrian squad without Dominic Thiem. No41 Nicolas Jarry, age 23, along with top-100 22-year-old Christian Garin, won three of the four singles rubbers to take their nation to the Finals, 3-2.

Complete Davis Cup Qualifying results are at the end of this article.

Heading to the sunny south

The four-tournament Golden Swing kicks off a short clay season this weekend with a new Argentine host: The Cordoba Open. It is one of two stops in Argentina: Buenos Aires follows a week later, plus two tournaments in Brazil. Lovers of clay are making the most of it: No15 Fabio Fognini, No19 Marco Cecchinato, No20 Diego Schwartzman, No23 Pablo Carreno Busta, plus Jarry, are scheduled for three back-to-back events.

Thiem, revealed to be suffering from a virus through the Australian swing, has pulled out of Cordoba but is scheduled to be back come Buenos Aires.

The joy of February is the smorgasbord of tournaments, surfaces, and points on offer, in a 12-stop glut. For a start, the first 500s of the year come “not single spies, but in battalions”: four of them.

The ABN AMRO in Rotterdam headlines the brief indoor swing, bookended by 250s in Sofia, Montpellier, and Marseille.

The opening pair, Montpellier and Sofia, will be without former home champions in, respectively, Richard Gasquet (following groin surgery) and Grigor Dimitrov (a shoulder injury)—and both also miss Rotterdam.

But Montpellier has its defending champion in a French-rich draw: Lucas Pouille is joined by Gilles Simon and Jeremy Chardy, plus French-speaking Belgian David Goffin, veteran Jo-Wilfried Tsonga, and Shapovalov. Sofia boasts young talent in the shape of Khachanov, Medvedev and Stefanos Tsitsipas, plus Gael Monfils and Wawrinka.

Most of these then head to Rotterdam, along with Zverev, Kei Nishikori, Marin Cilic, and Fernando Verdasco.

The third option is to stick with the hot, hard, outdoor courts that opened the year’s calendar, and prelude the biggest double-headed Masters of the year: Indian Wells and Miami fill the month of March.

The long-established Dubai 500 is now directly up against the Acapulco 500, which moved from clay to hard courts a few years ago, and these two tournaments often mark the return of the big guns, the perfect preparation for the heat of North America.

Where will ‘the big three’ play?

Last year, Federer departed from his usual appearance in his second home of Dubai to pursue the No1 ranking in Rotterdam. This year, he is back in the usual groove, but will begin his campaign in Dubai rather lower in the ranks once his 500 Rotterdam points come off. He is already at No6.

World No2 Nadal has often favoured Acapulco—a natural path from his occasional forays into the Golden Swing—and he stayed with the Mexican tournament in 2017. But last year, he did not play at all between his retirement with injury at the Australian Open and the European clay season. All of which means he can pile on points with his return to Acapulco this month, followed by a return to Indian Wells and Florida.

Djokovic, already 2,500 points clear of Nadal at No1 following a near-perfect six-month run, is also able to boost his points in the coming months.

Last year, he had minor surgery after Australia, and lost in the first round of Indian Wells and Miami. And while he has often played Dubai in the past, and switched to Acapulco in 2017, he is not scheduled for either this year. The Australian Open champion will arrive in North American fully recovered in mind and body with the aim of putting yet more water between himself and the rest.

Ahead of the Australian Open, the long-struggling Briton admitted that his hip injury had not been resolved by surgery a year before, and cast doubt on whether he would play again after Melbourne.

But this week, he posted photos of himself post surgery after a hip resurfacing operation, which should at least make him pain free, though his chances of a full-blown return to tennis remains uncertain. He will not play in the foreseeable future, and may return to Wimbledon simply to make his farewells.

However, he set social media alight with a bright smile and cheerful thanks to Wawrinka and Donna Vekic, who sent Murray a huge teddy bear as a get-well-soon gift. The Swiss even promised a second one to help Murray avoid arguments between his two daughters. Whatever the prognosis, it was good to see a smile after such distressing scenes in Melbourne.

The Madrid Masters confirmed that former world No3, David Ferrer, winner of 27 titles, a Major finalist, a Masters champion, and finalist at multiple other Masters tournaments, has been awarded a wild card for what is billed as the Spaniard’s last tournament.

Ferrer turns 37 just before his home Masters, and has dropped to 148 in the ranks after recurrent injury problems and just nine match-wins last year.

Nadal is to marry his long-time girlfriend, Xisca Perello—reportedly in the autumn—though it has since come to light that the Mallorcan had not intended the news to become public.

On the tournament front, the pre-Australian Open swing will next year feature a new tournament, a combined men’s and women’s event, in Adelaide to replace the current Sydney International. The news follows confirmation that Sydney and Brisbane will be two of the host cities for the new ATP Cup, which debuts next January. The third host city is yet to be confirmed, though with the announcement from Adelaide, Perth is the front-runner—some consolation following the displacement of the Hopman Cup.

Who plays where in February?

The 12 nations joining Croatia, France, Spain, USA, Argentina and Great Britain in the Madrid Finals on 18-24 November are: