Harry Cobden is gearing up for the Cheltenham Festival 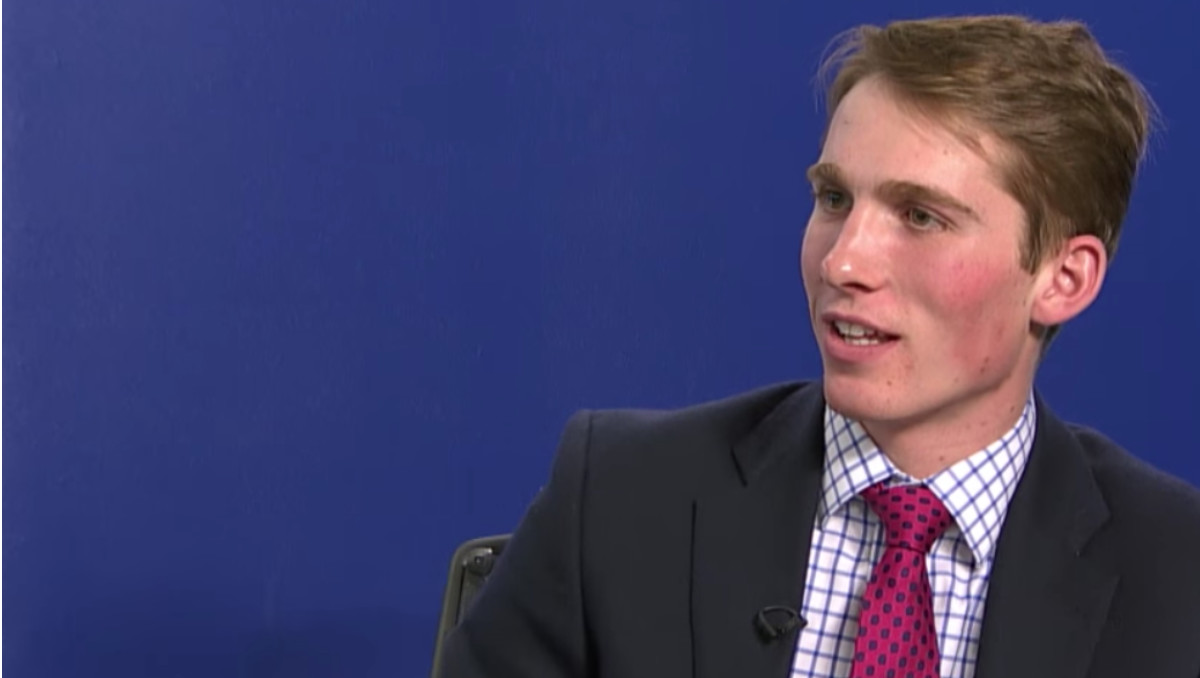 If you’ve not heard of Harry Cobden before, you’re about to be introduced to a sportsman who is in blistering form just now.

The 20-year-old professional jockey rode four different horses past the post earlier this month — all at the same meeting.

He exploded onto the scene in the 2015/16 season and wasted no time making his name, by riding Old Guard to victory at Cheltenham. The duo rode to victory again a month later at the Grade 3 Greatwood Hurdle.

Cobden sits at the head of the Ditcheat jockey roster and has caused quite a stir in the racing community.

February has been quite a month for Cobden, who continues to carve out a growing reputation with some sparkling recent form. Earlier this month he rode the Irish horses Silver Forever and Worthy Farm, and French steeds Cyrname and Clan Des Obeaux, all to victory in a thrilling display of horsemanship for spectators at Ascot.

Other notable performances include two wins and a second place at Taunton on 19th, as well as first and second places at Sandown, Taunton and Ludlow racecourses in the run-up to his phenomenal Ascot performance.

Now the jockey is looking forward to the Cheltenham Festival in March, where he’ll be riding Cyrname and, in the Cheltenham Gold Cup, Clan Des Obeaux.

Cobden and Frost made racing history when they became the first couple to race each other in the sport. The venue: Cheltenham. The event: The RSA Chase.

The jockey’s golden four performance at Ascot may have been sweet, but he wasn’t able to stick around much time long to enjoy the celebrations. After just an hour and a half he had to say his goodbyes and head for Huntingdon, he said in a recent interview published on gg.co.uk.

Cobden went on to give some interesting insight into the horses he has been riding recently, stating that Cheltenham may present problems for Clan if the ground is soft, given that the horse has been known to jump to the right in the past.

In the interview, Cobden had no problem with naming Native River as a threat in the circumstances. That’s not to say Cobden doesn’t have confidence in the horse, whose jumping he has described as ‘slick’.

Cobden has also provided some insight into the problems the team have had with Cyrname, commenting that the horse been quite difficult to train since arriving from France. Although, he added that Nicholls has done a terrific job of building the horse’s confidence.

Also in the interview, Cobden explained how surprised he was with how far Cyrname has come. The bay gelding is the highest rated beast in training, which, despite Cobden’s own confidence in the horse, neither he nor maybe anyone else saw coming.

And even though he’s had disappointing runs on the horse when riding left-handed, the jockey would have no fears about doing the same again. He feels Cyrname has matured and is mature and stronger since the previous season.

All this being said, Cobden revealed that the Cyrname and Clan des Obeaux are two very different — but extremely talented — horses. Whereas Clan des Obeaux is more of a relaxed horse who travels and jumps well, he considers Cyrname a horse that likes to get out and race from the front.

With a jockey who has won four races all in one meeting, riding two horses that are both coming into their own and with the support of a trainer who has a formidable track record, the Cheltenham Festival will be extra-mouthwatering this year. Definitely one to follow.